Chris Brown’s son Aeko loves the camera! The singer’s 1-year-old son can be heard yelling ‘bird’ in a video that was shared by his grandma Joyce Hawkins on Jan. 10! — And, it’s the cutest thing you’ll see all day!

Chris Brown‘s son, Aeko Catori Brown is already an internet sensation thanks to his family! The adorable youngster, who celebrated his first birthday on November 20, recently spent time with grandma, Joyce Hawkins (Chris’ mom), where they played with filters on social media. On Sunday, the designer shared an Instagram clip that showed Aeko with an animated bird on his head. As Joyce continued to say “A bird,” Aeko made cute noises and even attempted to repeat his grandma!

Aeko, whose brown-blonde curls are in full effect, leaned toward the camera to see his reflection. At one point, he yelled, “A bird,” before he looked over at his grandma, who’s not seen in the video. At the end, Aeko appeared to grab the phone, which zoomed in on his face. “YOU ARE SO CUTE!!!! I MISS YOU SO MUCH MY ANGEL!!! MEME SEE YOU!!!” Joyce wrote in her caption, which hinted that the clip might’ve been a throwback video. 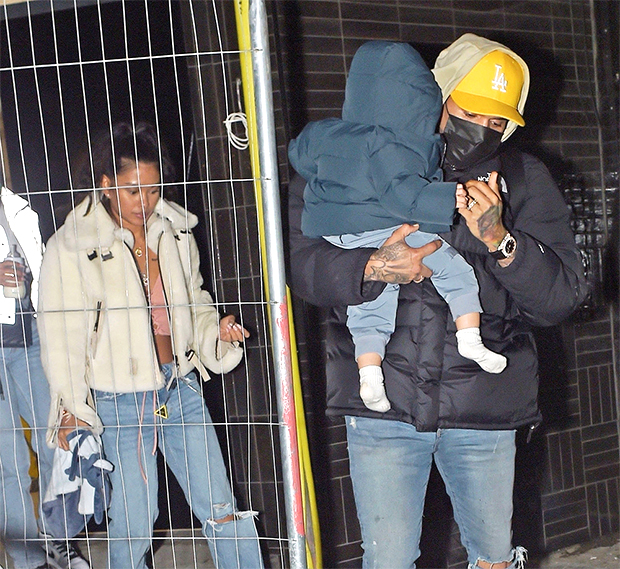 Chris and his on-off girlfriend Ammika Harris welcomed Aeko in November of 2019.  At the time, both parents kept his identity a secret until weeks after his birth. The little boy marks Chris and Ammika’s first child together, and the “Go Crazy” singer’s  second. Chris is also dad to daughter Royalty Brown, 6, from a previous relationship with Nia Guzman.

It’s unclear if Chris and Ammika are in a romantic relationship, or if they’re co-parenting together. Though, the Grammy-nominee continues to leave flirty comments and “likes” on the model’s instagram page from time to time. Last October, fans believed the two were back together when they enjoyed a beach vacation in Mexico with their son. At the time, Ammika shared a number of Instagram photos that included Chris and Aeko in the sand and sun.

Just days after the parents celebrated Aeko’s first birthday (at the end of November 2020), a source told HollywoodLife that “Chris and Ammika haven’t put an official label on where things stand with them right now because they’re still trying to figure out what their next move is.” — We’ll have to wait and see what happens between these two!