Carol Kirkwood was back presenting the weather once again on BBC Breakfast today. However, the 57-year-old almost had to miss out on the segment, as the main show was running behind schedule and she had another commitment.

Co-host, Dan Walker, apologised to the meteorologist for introducing the weather segment later than usual, due to a hectic political-filled morning.

At the end of one of Carol’s forecasts, Dan said to the weather favourite: “Carol, huge apologies for being late with the weather today we’ve had a very busy half an hour, but it’s good!”

Carol then had to quickly run off as she revealed she had a commitment to deliver the weather on Zoe Ball’s BBC Breakfast Radio 2 show imminently.

“No worries,” Carol smiled. “But I’ve got to flag because I’m on Radio 2 in about a minute!” 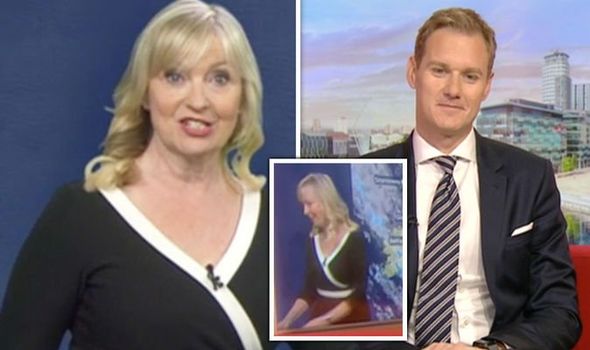 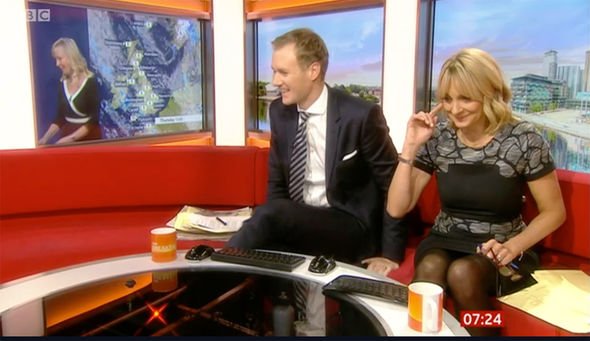 The BBC star could then be seen rushing out of shot, as he hurried to make the BBC Radio 2 slot in time.

Dan laughed back in the studio and added: “She’s off!”

During the forecast, Carol told viewers: “Not as cold start of the day as it was yesterday.”

She went on: “Today, mainly dry and breezy, thicker cloud out towards the west, with some rain, some of this is heavy. 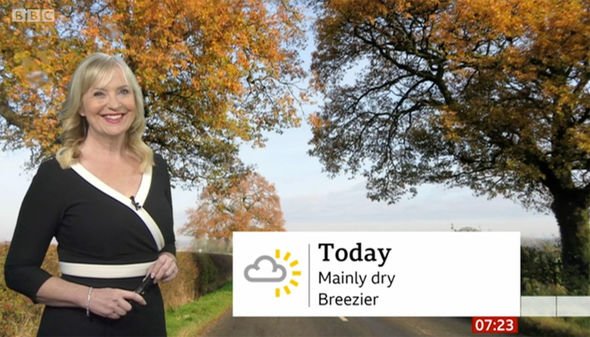 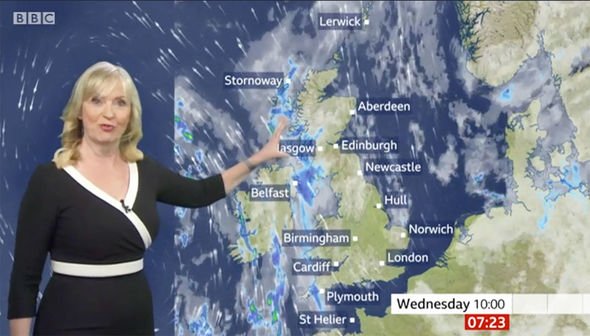 “Out towards the east there’s a breeze and seeing a few showers.”

Carol continued: “In between, a lot of dry weather, some sunny spells and with the amount of cloud around, it’s going to be hazy sunshine.”

The meteorologist said it will be “milder” in the west today, with temperatures around 10 and 11 degrees.

She said: “Still quite fresh as we push out to the east, not as cold as it was yesterday.”

Yesterday, Dan came to Carol’s rescue as she presented outside in the freezing conditions in Southampton.

Carol took to Twitter to thank her co-star for providing her with a warm gilet as she delivered the latest weather update.

In view of her 166,000 Twitter followers, Carol gushed: “Huge thanks to lovely @mrdanwalkerfor the cosy heated gilet I am now wearing under my padded coat. Warm as toast!”

During the live broadcast, Carol could be seen wrapped up in a blue padded coat which she paired with a black woollen scarf and matching gloves.

However, the star didn’t seem too pleased they were already up as she replied to a fan.

“But it’s November,” one person said.

BBC Breakfast airs daily on BBC One from 6am.

Is Dan Levy Single In 2020? The ‘Schitt’s Creek’ Star Is Private About His Life