All eyes on them! Britney Spears shared a fun-filled video montage with her boyfriend, Sam Asghari, while enjoying the warm weather in California.

“What a fun summer @samasghari,” the Princess of Pop, 37, captioned an Instagram video on Wednesday, July 17.

In the footage, the couple made funny faces for the camera before dancing near the swimming pool in the backyard of Spears’ Thousand Oaks mansion. Asghari, 25, showed off his toned body and six-pack abs while wearing just a pair of black shorts, while the Grammy winner twirled around in a gray patterned bikini.

What a fun summer 👙 @samasghari

The personal trainer uploaded the same video on his Instagram account, joking, “What she makes me do.”

Spears and Asghari met in October 2016 on the set of her “Slumber Party” music video, in which he played her love interest. They started dating soon after and have been going strong ever since.

“Everyday he inspires me to be a better person and that makes me feel like the luckiest girl in the world!!” the former Mouseketeer gushed on Instagram in February 2018.

After Spears checked into a mental health facility in March in the wake of her father Jamie Spears’ near-fatal health scare, Asghari continued to be a huge support system.

“Sam has been an absolute dream come true for Britney,” a source told Us Weekly exclusively at the time. “He is such a positive light in her life.” 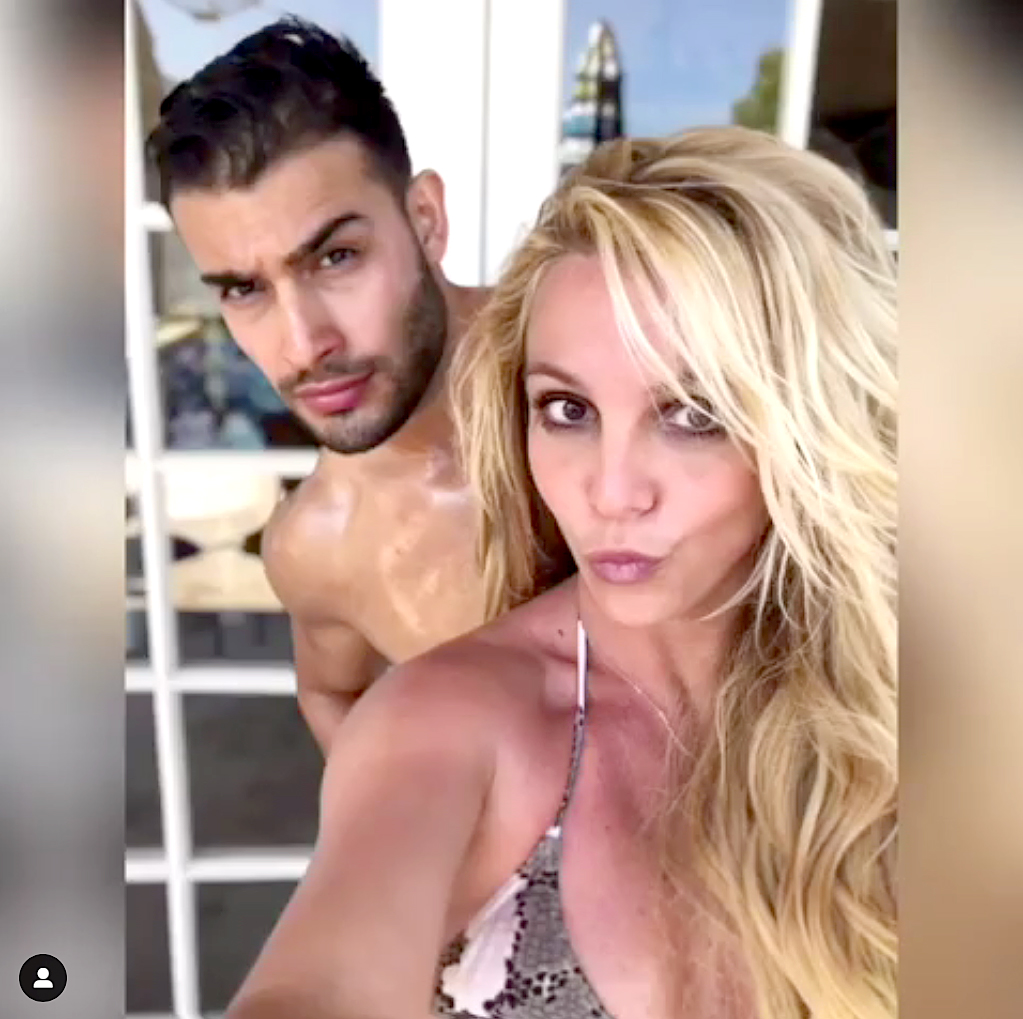 The pair traveled to Miami in June for a last-minute weekend getaway. “She was beyond excited to go on vacation with her boyfriend and just get away after a stressful few months,” a second insider told Us. “She had the time of her life goofing off and relaxing on the yacht and going swimming. … Sam enjoyed being able to spend some quality one-on-one time with Britney. They are so in love with each other.”

Spears was previously married to her childhood friend Jason Alexander for a mere 55 hours in 2004. Later that year, she wed Kevin Federline, with whom she shares sons Preston, 13, and Jayden, 12. The “Circus” singer divorced the backup dancer, 41, in 2007.

Taraji P. Henson said she considered suicide during the pandemic: ‘I had a dark moment’