Bridgerton hasn’t even been out for a full month yet, and I’m already dreaming about my third viewing. Luckily, I’ve found the perfect work excuse to re-watch it. In all the sexy, romantic, elegant beauty that is Shonda Rhimes’ latest hit, there’s a new(ish) fashion movement inspired by the series that’s already taken over TikTok. Bridgerton’s fashion has inspired regencycore, a modern update on the over-200-year-old style. From the colors to the corsets to the sweeping skirts, there are so many looks you can bring into your own wardrobe (no, really), as well as some hidden meanings you may have missed in your initial viewing.

A new trend is always worth noting, but one like regencycore is especially dear to me. I can safely say I’ve been waiting for this type of fashion takeover ever since I first watched that Pride and Prejudice (2005) scene where Mr. Darcy and Elizabeth first touch hands. (If you know, you know.) But, Bridgerton is more than just a period piece. The Netflix show brought an undeniably modern, much-needed edge to the historic style.

For a quick breakdown, regency refers to a short time in the early 1800s when King George III was sick and declared incapable to lead. His son, George IV, acted in his stead as the Prince Regent, which is how the period got its name. The era is characterized by elegant, ornate fashion and art. Poets and authors of the Romantic Era, like Keats, Byron, Shelley, and, of course, Jane Austen pretty much ruled the period. What’s remarkable about Bridgerton is that it mixes these vintage themes and aesthetics with more current sensibilities and motifs to create a finished project that’s not quite historically accurate, but endlessly more fun to watch.

Costume designer Ellen Mirojnick, who worked on Brandy’s iconic and whimsical version of Cinderella in 1997, as well as Fatal Attraction and a slew of other films, is the mind behind this regency rebrand. Her vision included all things maximalist, from the series’ bolder color stories to the outlandish hair accessories to the embellishments on the gowns. But how did she get here, from a period that, while grandiose and regal, lacked that level of flair?

"I always begin with the actual time period that I’m working in, and then from there, I am tasked with interpreting the period," Mirojnick told The Cut. "Our show is a fictionalized version of 1813 and the Regency era. I can’t emphasize fictionalized enough because that allowed me to really step out of the box and look at inspiration from many different areas." Despite the over 7,000 individual pieces and 5,000 costumes shown, each piece was intricately made to further Mirojnick’s vision. With so much inspiration and meaning to pull from Mirojnick’s work, it’s time for a deep dive into the key fashion elements of what must be your newest favorite show and regencycore, what will be your new favorite style. 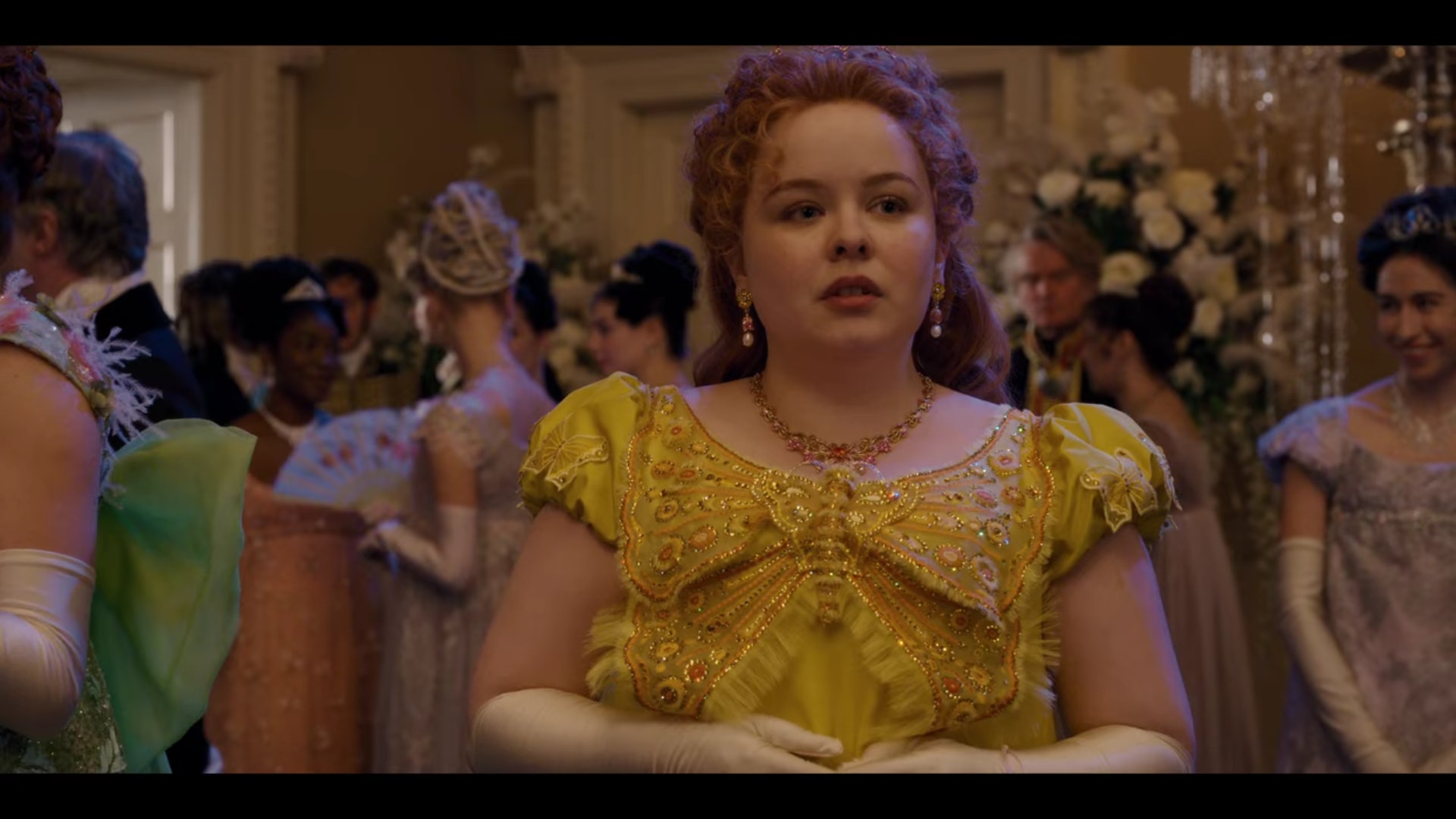 You probably noticed the Featherington’s penchant for loud neons (most notably yellow and purple), but you may not know why. "The Featheringtons are new money, and they aren’t educated in the same way. They want to make a statement and they want to be accepted," Mirojnick said. I mean, if you have three daughters you need to marry off, ensuring that they’re seen is a great start. In all those vibrant colors, you may have missed the smaller details slipped in. For one, you can spot the family’s butterfly imagery throughout the series. For the first ball in the series, Penelope’s bodice is actually made into a butterfly. Such fanciful styles can be recreated even with more modern items, like Farm Rio’s Garden Wrap Skirt ($49, Farm Rio) and Woman Within’s Pleated Maxi Skirt ($23, Woman Within). 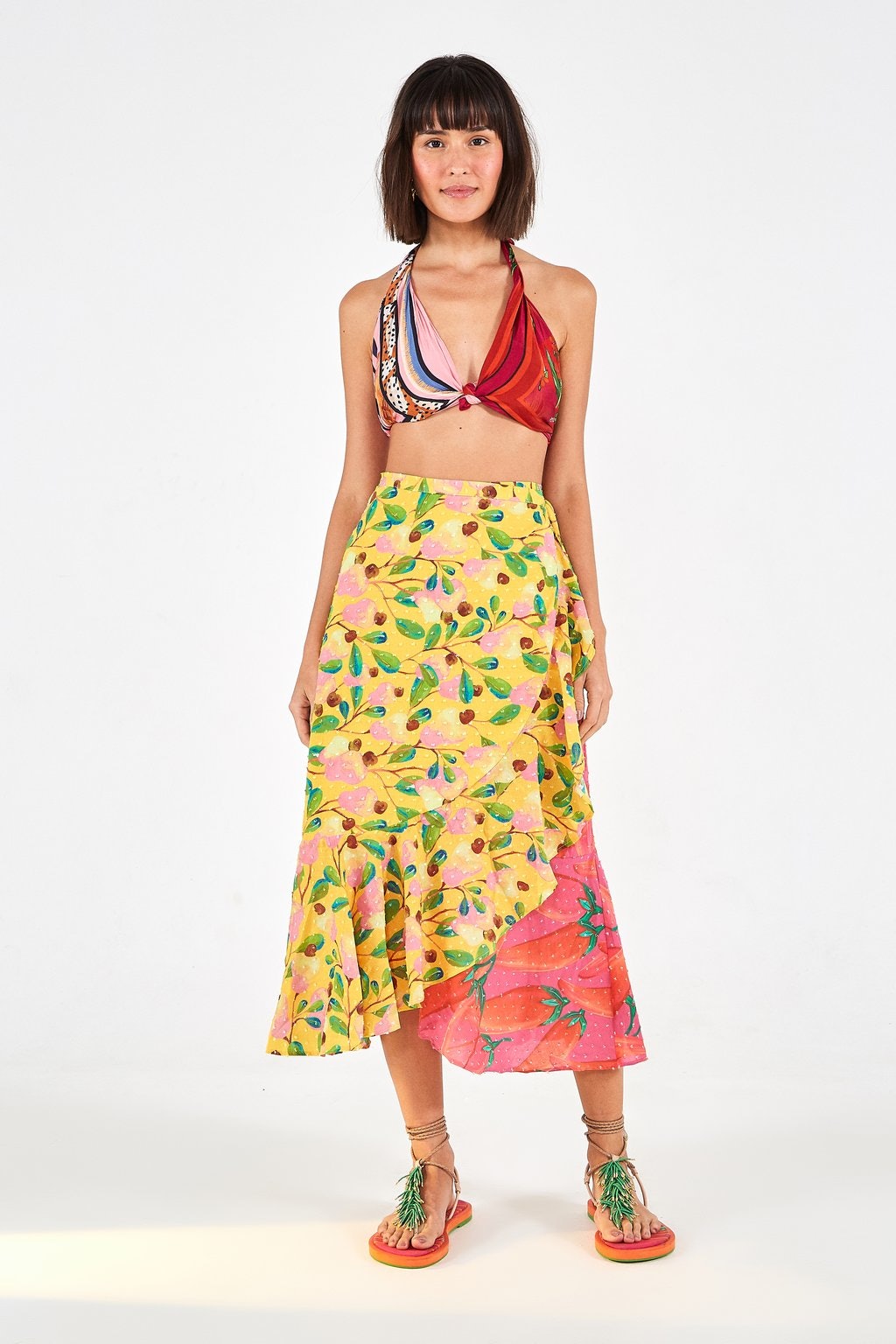 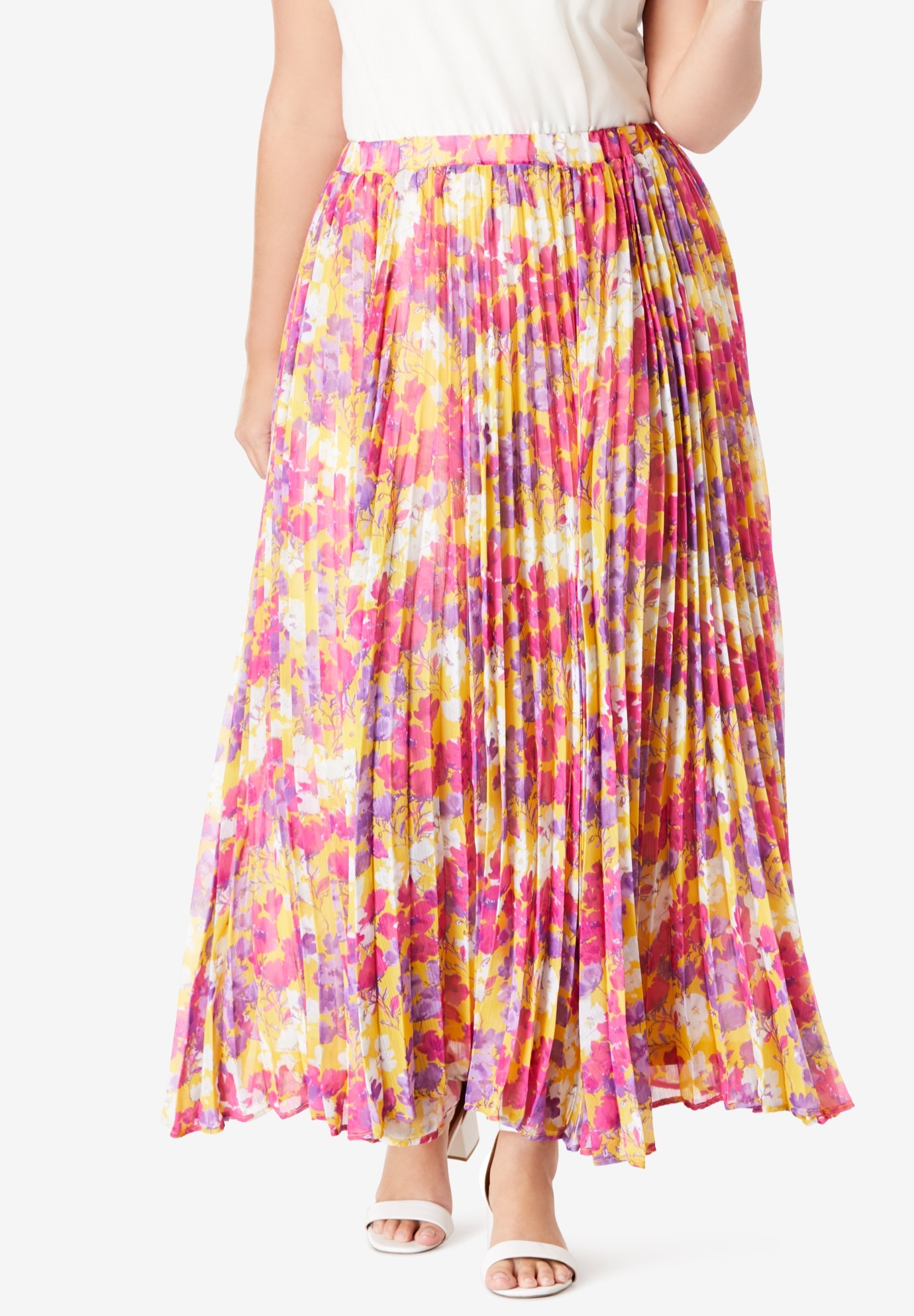 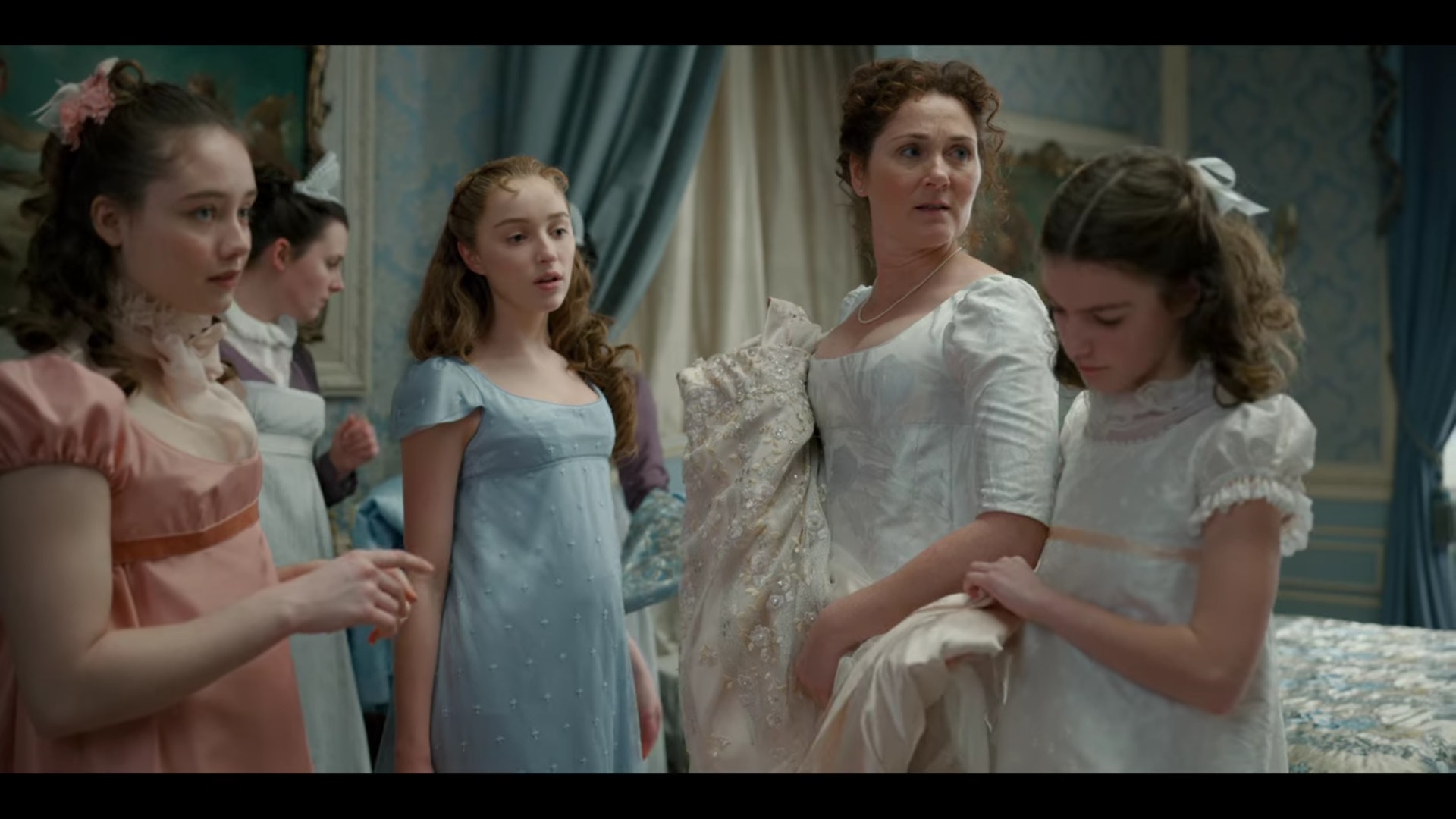 To become the diamond of the season, you’d have to turn to the Bridgertons. In comparison to the more eccentric Featherington outfits, the Bridgertons keep their color palette skewed toward muted pastels for an understandable reason. "The Bridgertons are at the top of the social strata. They follow the rules, and they are very polished," Mirojnick said. "Subsequently, they had a very pristine feel. It was clean, pretty, powdery." While wearing a pastel smock dress won’t guarantee that you’ll lock down a duke, it’ll give you that undeniable elegance that makes a Bridgerton. 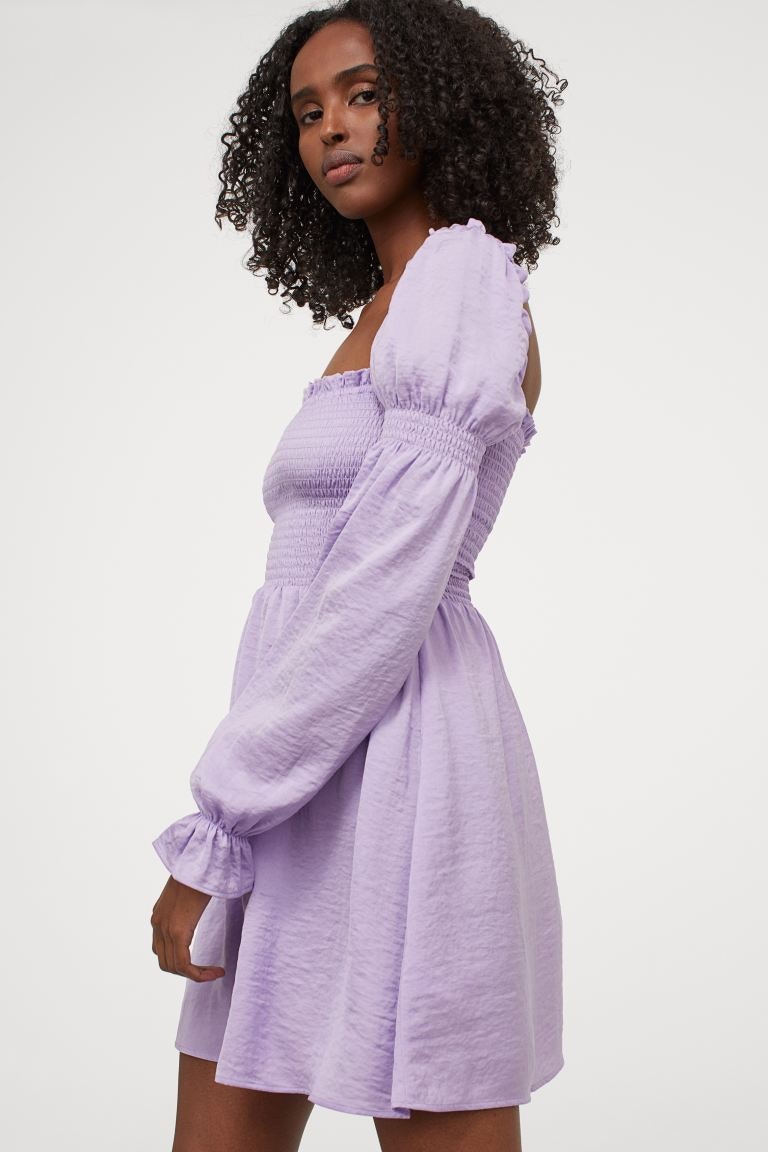 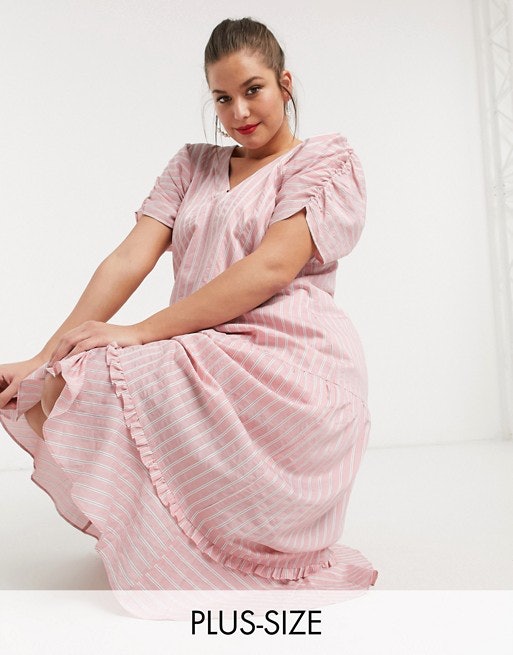 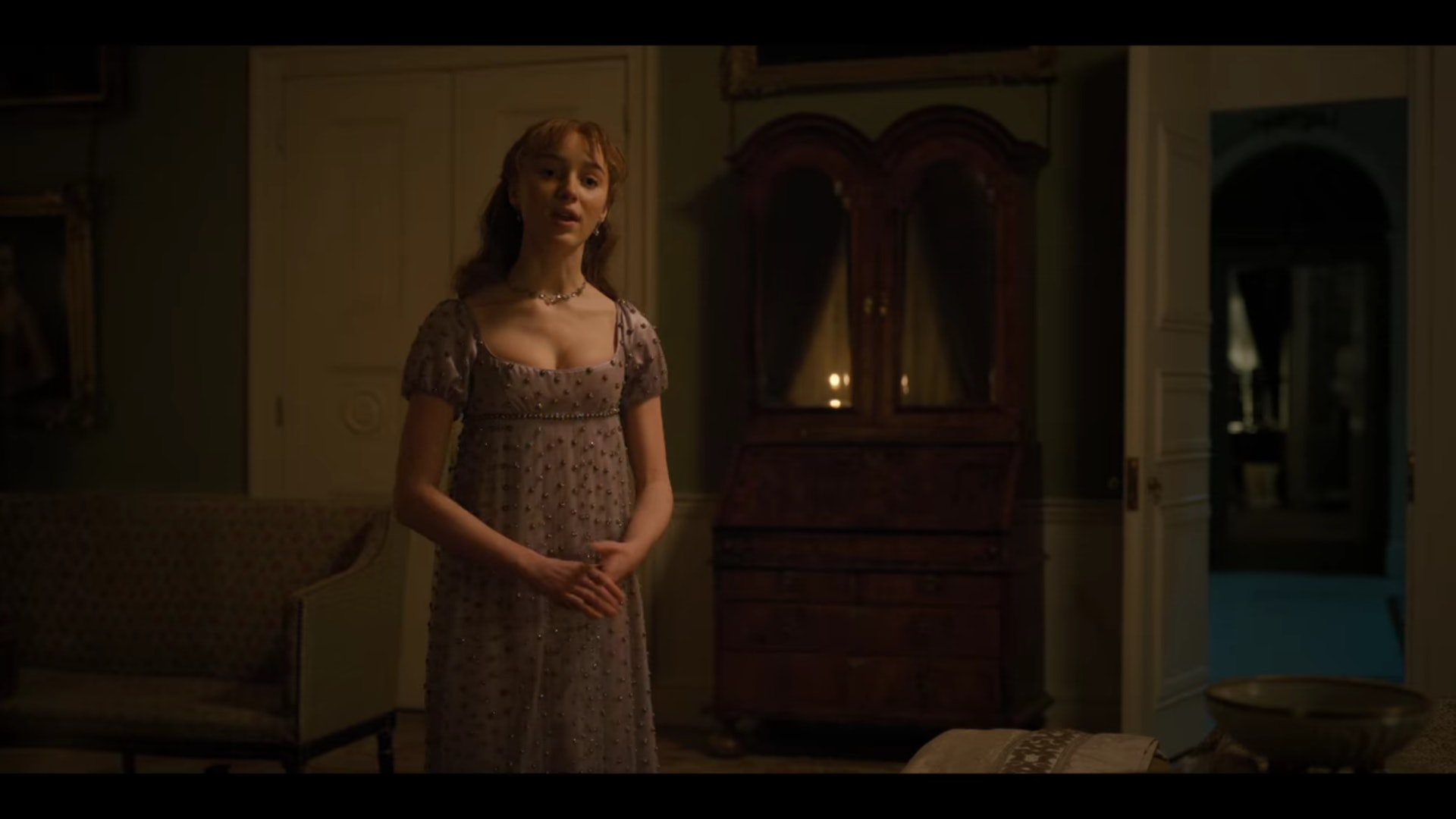 As the series goes on, Daphne Bridgerton starts developing her own preferences outside of her family’s tradition. "As Daphne gets older, the colors become duskier," Mirojnick told Vogue. "The pinks and blues are richer and the silvers deepen as she grows and matures. She begins as a porcelain doll and becomes a woman.” The Oralie Dress ($70, Petal and Pup) and Chiffon Skater Dress ($20, Boohoo) are perfect choices for the confident, independent woman Daphne matures into. 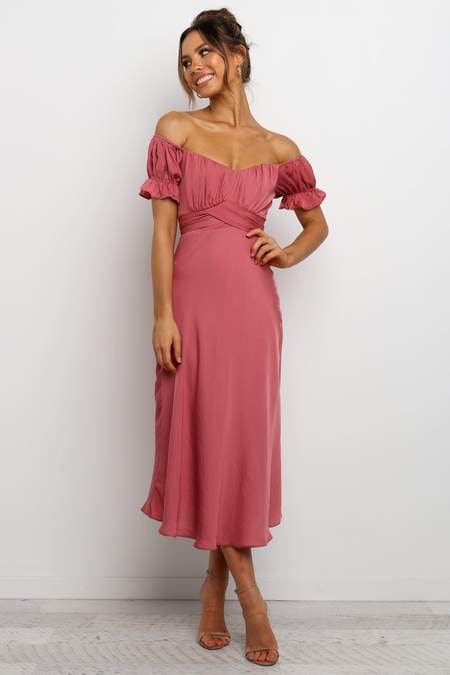 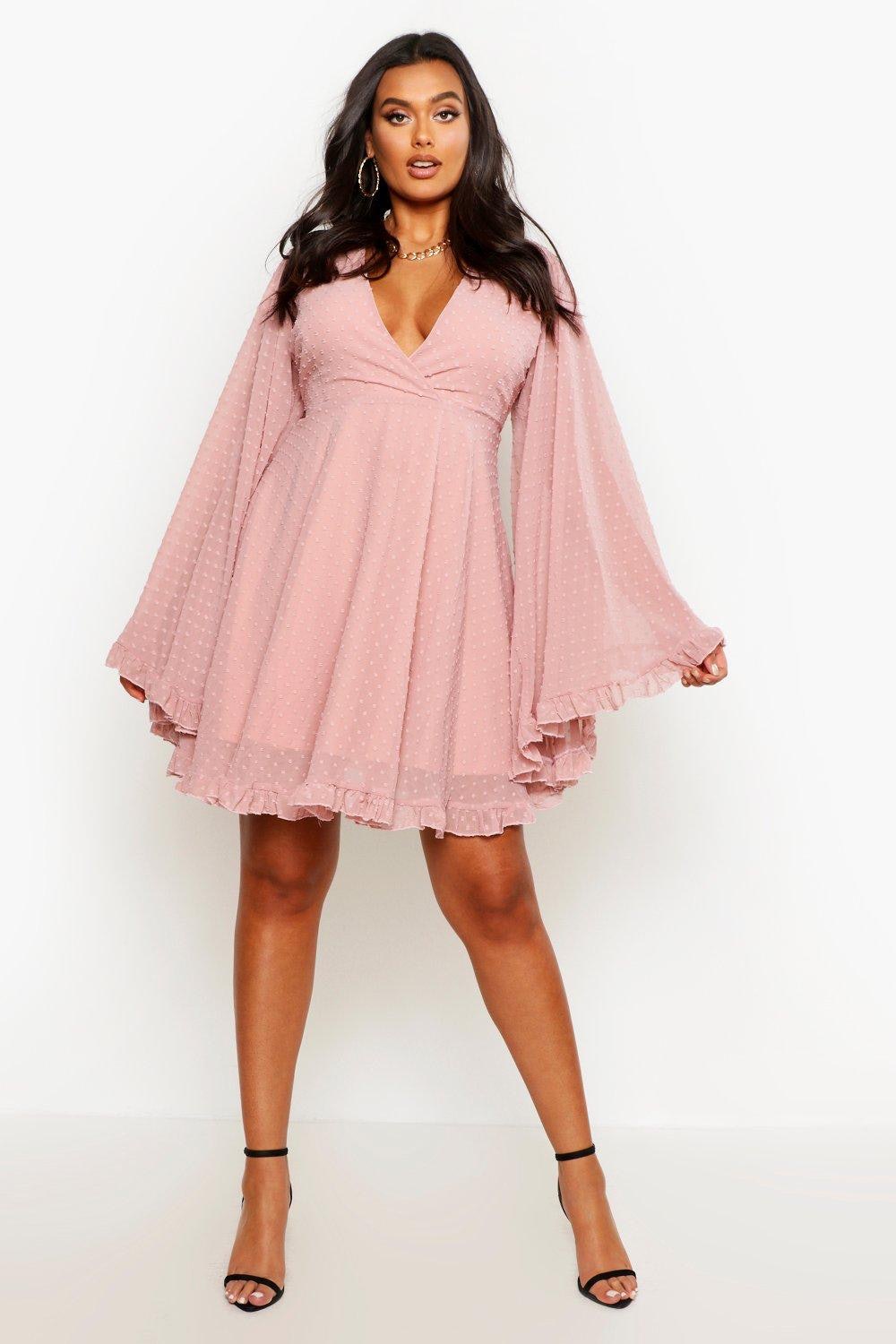 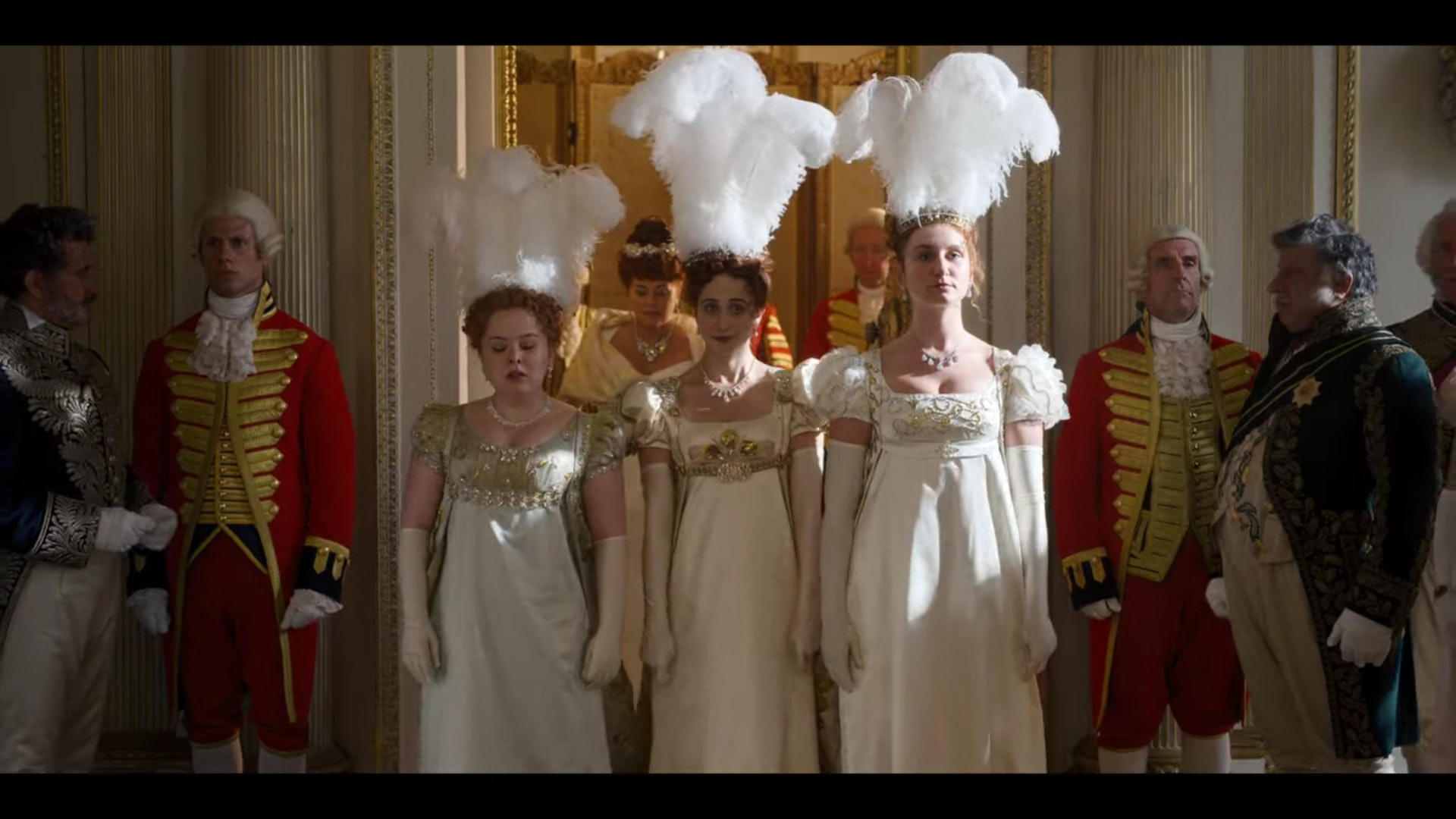 Heaving bosoms are the unsung hero of the show, and Mirojnick achieved the look with empire waistlines (accentuating the chest) and half-corsets, which end at your ribcage rather than longer ones that restrain the whole torso. As she told Vogue, the style keeps with true regency fashion, but she made some slight adjustments to the silhouettes to make them more Bridgerton-appropriate. “We paid a lot of attention to the scooped necklines and how they fit the bust, as opposed to having a [straight] line that doesn’t allow you to see the body," Mirojnick said. "This show is sexy, fun, and far more accessible than your average restrained period drama and it’s important for the openness of the necklines to reflect that."

A Jan. 6 report by Lyst says searches for corsets are up by 123%, followed closely by empire waist dresses, which saw a 93% increase in searches. If you’re already on Bridgerton TikTok, you don’t need me to tell you a corset is the move to lock down your regencycore outfit. 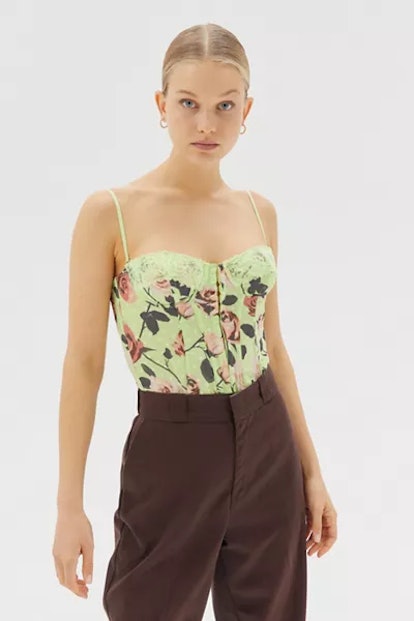 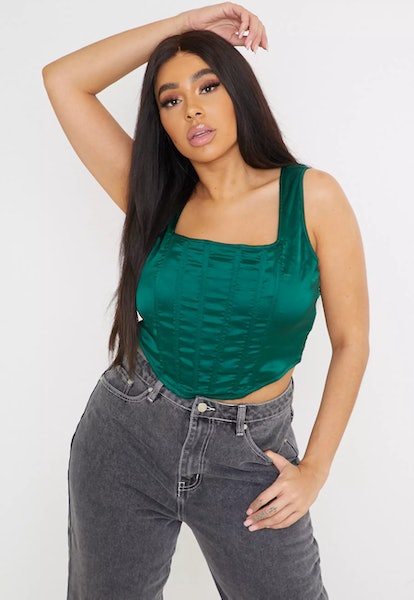 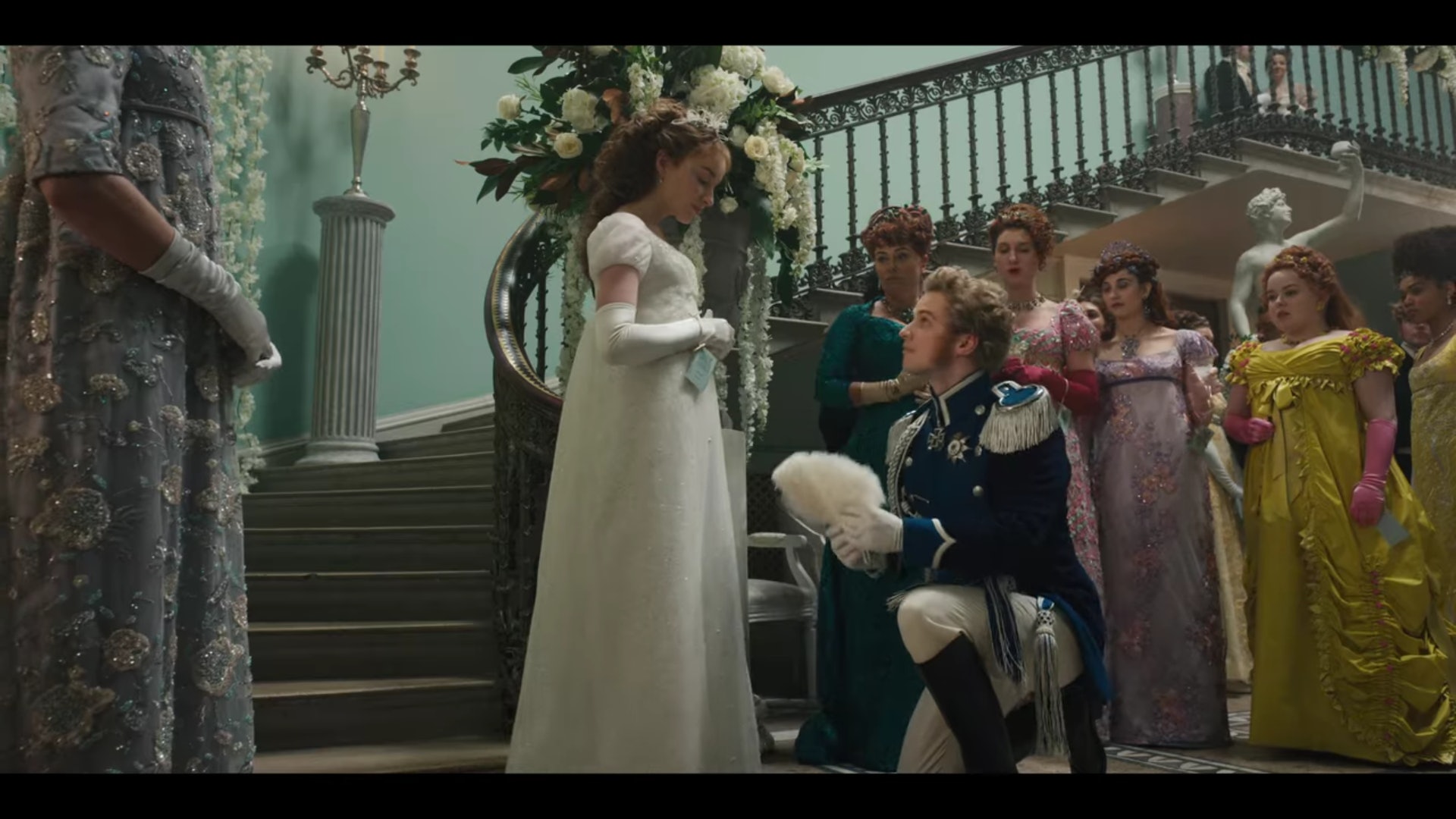 Elbow-length gloves may be the most surprising trend to come out of Bridgerton. They’re fancy, impractical, and just a bit ostentatious, which, honestly, may be just what you need after months of wearing only comfort clothes. Even if you’re not going to the ball or opera, a pair of elbow-length gloves are necessary to truly be a lady of the ton. 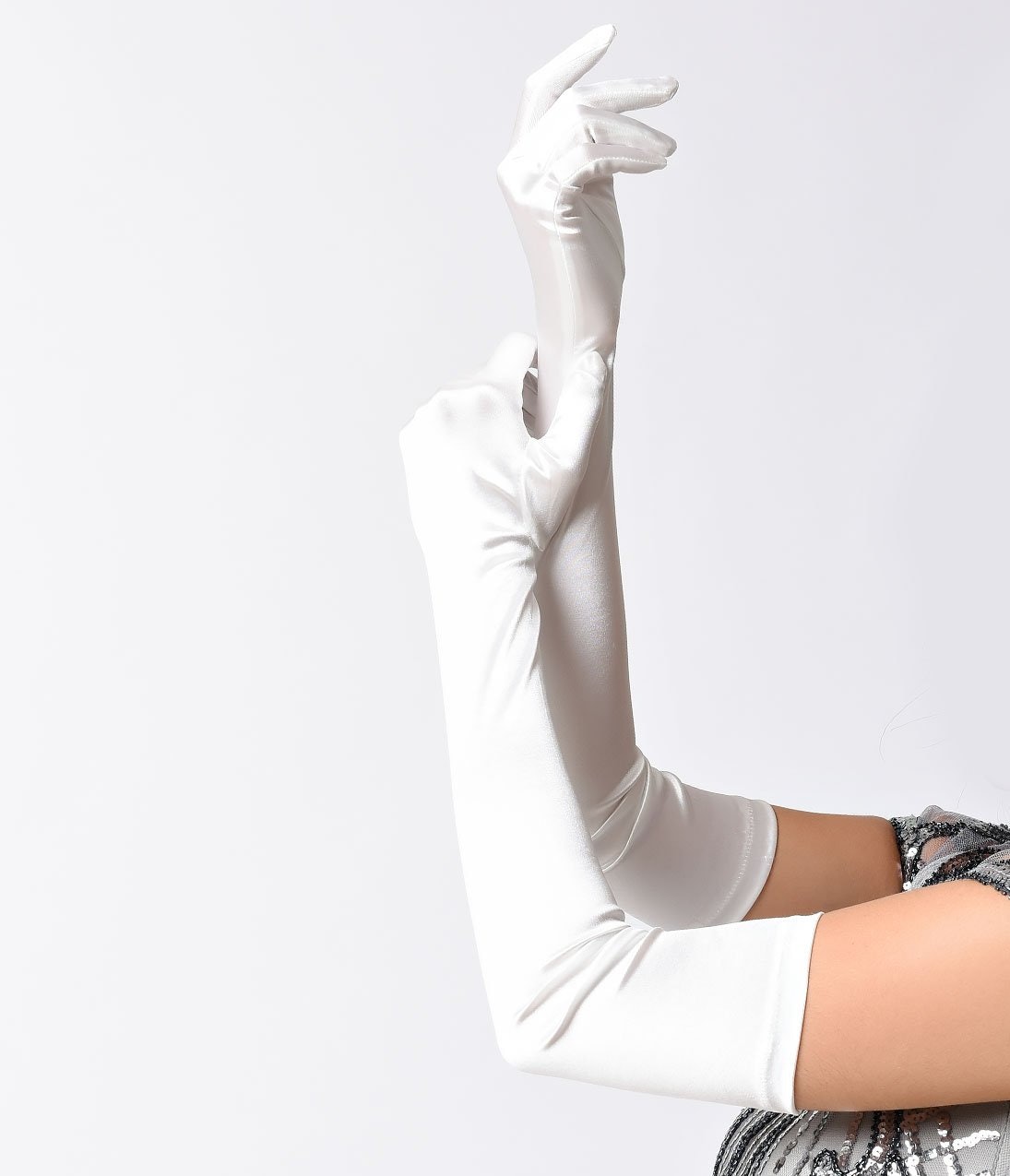 Rank The Best Movies Of The Decade!