The tragic story of Gabby Petito and Brian Laundrie is all but over. For most people.

The missing YouTuber‘s body was found, her death classified as a murder. Eventually we learned she was strangled. The only person of interest ever in the case was her fiancé, who had at the very least abandoned her in Wyoming in the middle of their road trip and gone home — but then refused to ever help police or her family find her. He then disappeared himself, only to be found a month later, also dead in the wilderness — only this time in his home state of Florida.

While we can never know for sure, 100% what happened, the circumstances are definitely pointing in a particular direction. And most people who followed the case are — if not satisfied, then let’s say resigned to that explanation of events. Most people. But not all.

For some there has to be something more, another mystery to unravel, another question to answer. These internet sleuths, who speculated on how the case would end the whole time, are not content to let the book close on Brian Laundrie without every loose end being tied up.

And while we’ll admit there absolutely are still questions hanging there, some of the answers folks have come up with are OUT THERE! Others…

Here are some of the theories which have popped up online over the past few weeks:

From the beginning of the search for Gabby Petito, her fiancé’s parents have been odd as hell. Christopher and Roberta Laundrie immediately got quiet and lawyered up along with their son. That was when Gabby was still a missing person, and no one without something to hide would have reason not to help find her.

Let’s not forget, this was a young woman who had lived in their home for a couple years. And they wouldn’t help?? So the idea that they would go so far as to hide their son from police, well, it’s just not as far-fetched as it should be, given what else we know.

But this? This is wild.

The theory is all based on a drone video of the Laundries’ backyard after Brian’s disappearance. In it, Roberta reaches down to her empty flower bed and appears to touch what looks like a hand coming up from under the dirt. For real! 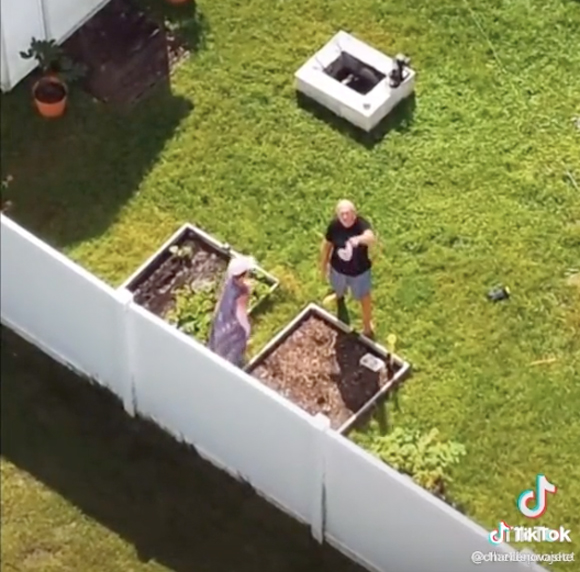 The theory which immediately sprung up was that Brian was living in an underground bunker his parents had installed in their backyard. This completely incredible idea took off more than any other conspiracy theory for one reason — the video. It’s genuinely very convincing and will make you doubt your common sense.

Fox News even reached out to the head of a survival shelter company who said it’s “100% plausible” to get a bunker put in like people were speculating.

In the end, the video just didn’t matter. Brian was found in the swamp, like his parents had said. So he was never under a flower bed in their backyard… right?

Many believe he’s still in his parents’ home to this day, but how could that be possible after his body was found? Well…

On October 20, human remains were discovered in the Myakkahatchee Creek Environmental Park. They were identified the next day as belonging to Brian Laundrie through dental records, confirming his death, per an FBI press release.

However, we know from early reports that only “a small part” of a body was found. How small? We never learned; that information was never released. The only thing we know for sure is that the remains were decomposed to the point of being skeletal, and that there were teeth — hence the dental comparison.

This lack of transparency on the part of law enforcement has led some to guess that Brian could have removed some of his teeth and left them to be found to confirm his death — while he escaped safely.

People have even been posting “updated” photos of “what he looks like now” — essentially just using photoshop to remove the teeth from his IG pics. 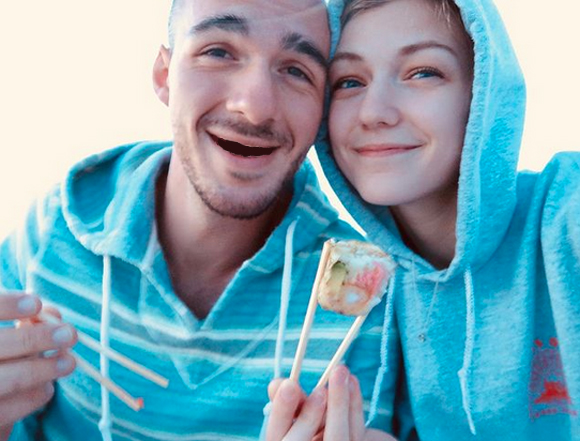 OK, is this even possible? We doubt it.

The FBI aren’t going to be fooled by just a few teeth. There would have to be more than that to get presumption of death. Enter the next dive down into conspiracy theory land… the one where people think Brian’s parents helped him implant his teeth into the body of another corpse.

For this reason, say theorists, Brian must still be alive and in hiding. One person even posted in a thread on Facebook, that great repository of hard facts:

“He is probably in Mexico sipping on a margarita.”

OK, but… is this even possible? Brian’s parents helped him fake his own death, The Whole Nine Yards style?

Sorry, we aren’t buying it. The amount of scientists they had on this, on such a high profile case, there’s no way they could have been fooled by that. They’d have to be master criminals straight out of a movie — and Christopher and Roberta Laundrie own a company that sells commercial juicing equipment. If we were talking about removing Brian’s pulp, maybe you’d have something. But this kind of spy stuff? No way.

We, too, wish Brian were alive to answer all the questions we have about the death of Gabby Petito. But if the FBI is convinced, we have to say we are, too.

We do think the authorities should release more information on Brian’s remains in order to explain to people why they’re barking up the wrong tree.

Near Brian’s remains a few of his belongings were found. Suspiciously, Brian’s location was only discovered — four weeks into an exhaustive search by multiple law enforcement agencies — when his parents joined the hunt. Very, very, suspiciously, his father was the one who found the 23-year-old’s dry bag with his personal effects in it.

Among those belongings was a notebook. Like a diary. The type of thing in which he might have written something that told us what happened.

The problem is, the notebook was found outside the dry bag, in the Florida swamp water. Really inconvenient, right? Well…

No two ways about it, many theorists believe Brian’s father planted the notebook. He had a moment in which he was alone and walked into the high grass in the swamp and came back. Then suddenly he was the one who found it — and picked it up and brought it to police, obliterating the chain of custody for evidence.

This theory has been given new life by resurfaced news footage in which social media users think maybe they saw Chris Laundrie carrying the notebook in a bag.

The Laundries’ family lawyer, Steven Bertolino, has already rebutted this theory, calling it “hogwash.” He said:

“Chris didn’t want to pick the bag up because he wanted law enforcement to see it. This was caught on camera. Chris couldn’t find the law enforcement because they were then out of sight, because Chris had been in the woods, so he didn’t want to leave the bag there with the news reporter standing nearby, so he picked it up.”

He didn’t have some way to call out to them? Or, you know, call them? Hmm.

The issue with the video is, it’s actually from October 7, nearly two full weeks before the search, so whatever he has in his bag is kind of irrelevant, no?

Also, why plant a fake notebook that wasn’t there before? We don’t even understand that.

The theory that does have us raising an eyebrow? Chris Laundrie seems to have had a chance to be alone with that bag for a moment. Is it possible he took the notebook out, thinking it had incriminating confessional entries in it, and put it in the water?

We have to say, after the family refused to help law enforcement for so long, changed their stories on when they last saw their son, then immediately found him and his stuff like they knew just where to look? It’s awfully damn suspicious.

It’s still possible something will still be salvaged from the soaked pages of the book — so we’ll have to revisit this if and when that happens.

The FBI are reportedly still going through Brian’s digital footprint, including looking at his phone. But that’s not one of the items from his dry bag in the swamp. No, his phone was left at home with his parents when he left on his “hike.”

If you think it’s weird a 23-year-old would leave behind his phone, you aren’t alone. Obviously phones can be traced, so they’re dangerous for a fugitive to keep on. But which phone are we talking about?

There was a report from TMZ back in September claiming that just a couple days after Brian got home from his road trip — with the van but no Gabby, remember — he went with his mom and purchased a new cell phone. Bertolino actually acknowledged that report at the time — and also confirmed it was that phone that he had left in his parents’ home:

That phone. But what about the phone he’d had beforehand? The one he’d had on the trip? The one FBI techs could use to track his movements around Gabby’s time of death, or maybe contained unseen photos and videos from the trip?

This new phone he’d had for less than two weeks before his own disappearance has led to the burner phone theory. Simply put, people think he bought that phone specifically to leave behind for the cops who would be looking for a phone. And his real phone he kept with him. And that, so far as we know, has yet to be found.

This one is impossible to ignore. When someone buys a new phone with a new plan just days before disappearing, that can’t be seen as a coincidence. Sorry, it just can’t.

Best Holiday Masks to Give and Wear This Season

Neil Young Withdraws From Farm Aid Amid Worries About Pandemic