It should come as no surprise by now that Billy Porter knows how to wow on the red carpet. After attending the Oscars in a tuxedo gown and getting carried into the Met Gala dressed as an Egyptian god, it should be expected that he’ll leave jaws dropping upon arrival; and yet, when appeared at the Tony Awards last night, he left us shook nonetheless. 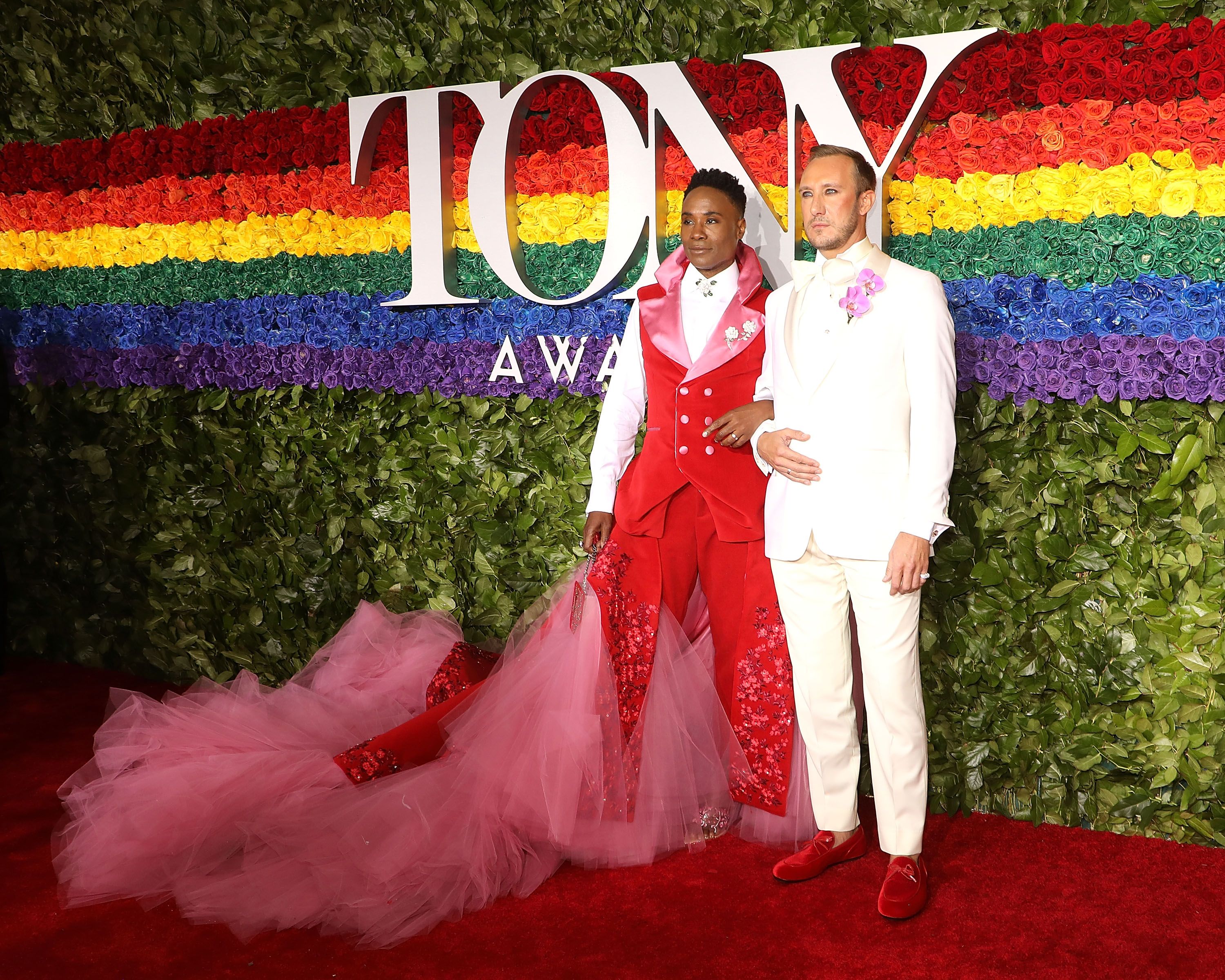 The Pose star and Tony winner attended the NYC-based ceremony in an ornate red and pink custom look by Celestino Couture. The ensemble, which the designer described as a “gender-fluid evening suit” to The Hollywood Reporter, featured a long vest and slim pants topped with a velvet and tulle structured skirt. The silhouette was inspired by Elizabethan couture, Porter told THR.

More importantly, however, the look made a statement about women’s reproductive rights. Porter explained that at the fitting of his custom look, he and the designer discussed incorporating a subtle pattern on the train in the shape of a uterus. “And I thought it was awesome because women’s rights are under attack right now,” Porter told THR, alluding to the several U.S. states that have passed restrictive abortion laws, thus challenging a women’s right to choose what she does with her body.

“I’m an advocate for all who are disenfranchised,” he continued. “None of us are free until we’re all free!”

Porter added, “I really want to make sure that I’m showing up for all of the disenfranchised people I can so that we can find power in our unity. This government is trying to take away the woman’s right to choose and that’s unacceptable. No!”

His outfit also included 30,000 Swarovski crystals and used fabric from a curtain from the set of Kinky Boots, the Broadway show for which Porter won a Tony in 2013 for lead actor in a musical. Porter completed the look with a pair of custom embellished heeled sandals by Orel Brodt.