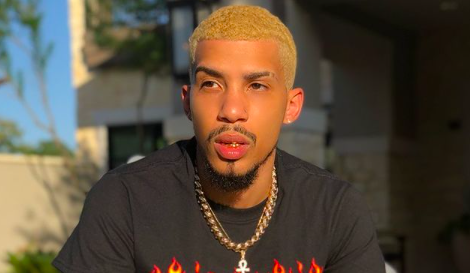 Rapper Martell ‘Kardone’ Derouen has died aged 34 after being shot in his apartment.

The musician – reportedly the cousin of music icon Beyonce – was found dead on Tuesday in his luxury apartment in The Towers complex along La Centera Parkway in San Antonio, Texas when police performed a welfare check, after someone called saying they had not heard from Derouen in several days.

The 34-year-old died from an apparent gunshot wound.

The case is being handled as a murder investigation, and police are searching for a suspect named Sasha Skare, aged 21.

It is unclear what relationship Skare had with the deceased, but she was tagged in his last Instagram post shared on January 3, with Derouen sitting in what appeared to be a stretch kim with a group of friends.

Skare had been out on bond since January 2020 for previous charges of aggravated assault with a deadly weapon after an alleged drug deal in 2019 resulted in a man being killed.

On Facebook, Derouen’s wife Joia wrote: ‘Martell was a caring loving person who was a giver and loved to help people. He had so much love everywhere and his smile was infectious. There is no way to replace him but please help us find this girl.’

Brian Mitchell, a friend of Derouen’s who owns a studio in San Antonio, told KSAT12: ‘Kardone was one of those ones who rose and shine bright, brighter than, you know, some of those that was in the room with him.

‘He was just a real subtle dude, quiet.’

He added that Derouen didn’t use his famous cousin’s name to benefit him, saying: ‘That’s not even something he would even mention to people. We’d just have to put in his bios because it’s just, it’s worthy to put it in there, but he doesn’t like stuff like that.’

The bio on Derouen’s Spotify page reads: ‘Hailing from San Antonio, TX by way of Louisiana, Kardone was widely known in his area for being Beyonce’s cousin, but in the last few years, he’s changed that narrative with his own musical pursuits.

‘Back in 2016, he unveiled his debut mixtape “Trunk Bang” via Empire and he has been off to the races since. Since that time, Kardone has gone on to collaborate with the likes Ray J and Paul Wall on two of his singles, as well as having his “911” music video directed by Ethan Maniquis, the co-director of the box office film “Machete.”’

His final song Magic was released last year, and in the past, he collaborated with artists including Ray J.

It is unclear how Derouen is related to Beyonce, but her mother Tina Knowles is of Louisiana heritage and was born in Texas.

Metro.co.uk has contacted a rep for Beyonce for comment.