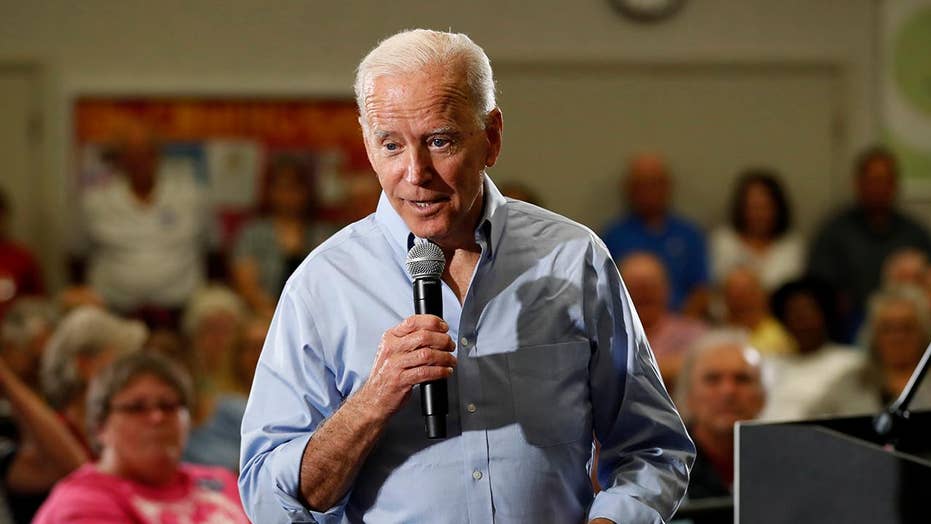 Biden refuses to apologize for remarks on working with segregationist senators

Sen. Bernie Sanders, I-VT, had a tense exchange with MSNBC anchor Stephanie Ruhle on Thursday over whether or not former Vice President Joe Biden owes an apology for remarks he recently made about segregationist colleagues he worked with in the Senate.

Democratic 2020 hopefuls have been piling on Biden for boasting his ability to work with two former Democratic senators, who were outspoken segregationists, while speaking broadly about the importance of "civility" in order to get things done in Washington D.C. Biden has remained defiant and dismissed the calls for him to apologize, including from Sanders.

During an interview with the Vermont senator, Ruhle argued that Biden wasn't "celebrating" the segregationists but rather was driving the point that "bipartisanship is necessary.""Why is it you believe he has to apologize?" Ruhle asked.

"I think the media makes a bigger deal of it than it is," Sanders responded.

"So he doesn't have to apologize?" she followed.

Sanders doubled down on his call for Biden to apologize, telling Ruhle that Biden was "touting personal relations with people who were very brutal segregationists."

"But Senator, he wasn't touting relations," Ruhle pushed back.

"Ma'am," Sanders exclaimed over the MSNBC host. "I'm sorry. If you disagree with me, that's fine. That's my view."

Kanye West Is Officially a Billionaire — But Disagrees With Forbes’ Amount