Surprise: Bella Thorne is engaged to her boyfriend of more than two years, Benjamin Mascolo! Benjamin and Bella (super cute, we know) announced their engagement on March 20, 2021. “She said YES @bellathorne,” he captioned an Instagram selfie with Bella showing off her GORGEOUS new bling. He also shared a video of her posing with the pear-shaped diamond engagement ring on his Instagram Story.

“Thank you for being amazing, baby. I love you so much.” he gushed in the video. Bella responded, “I love you so much. Let me give you a kiss.” Benjamin then asked, “When are we getting married? Soon I hope,” adding that they will have a “celebration in Italy and in America. Both.”

They’re clearly a cuuuute couple, but if you don’t know much about Benjamin, no worries. We gotchu.

Yes, as in “Sing to me, Paolo.” Except, Benjamin can actually sing. He was one half of the musical duo Benji & Fede with Federico Ross before he went solo in 2021. Now, uses the stage name B3N.

You can stream his music on Spotify, obvs. Maybe Bella and Benjamin’s first dance will be to one of his songs?!

He proposed on the set of their movie.

Their new movie, Time Is Up was shot in Rome and Benjamin used the script to propose to Bella. I wrote the love letter on the back of our new movie… at the end of the last scene, she was at monitor watching with the director and.. surprise,” he explained on his IG story. 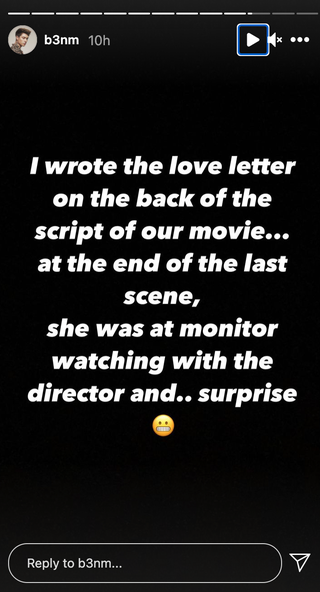 The next post was a shot of the back of the letter. Way to set the bar high, Benjamin. 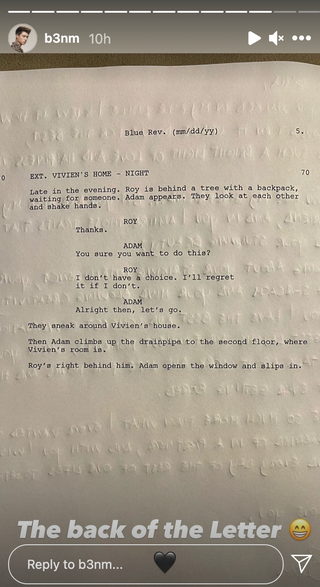 Bella and Benjamin were first spotted together in April, days after she split with rapper Mod Sun.

“Our journey together began nearly two years ago in Palm Springs,” he explained in an interview this year with ICON Magazine. “We met at Coachella, and I immediately knew she was different from all the other women I met in my life. With Bella mixing private and work has become simple, we are accomplices at 360 degrees: It was she who asked me to participate in the video clip of ‘Until the Stars Shine,’ which gave me immense pleasure as she was the inspiring muse of the song.”

He continued, “I try to spend about six months in Los Angeles and six in Italy every year. Living there with Bella is beautiful, we have our protected place in the hills where we enjoy our normality, a little different from normal here.”

Obvs, because they’re getting married. But, Benjamin frequently posts about Bella and shares how much he loves her. On their one year anni, he wrote what might be the cutest Insta caption I’ve literally ever read in my LIFE:

Want more celeb couple news? Yeah. We know you do. Let’s gossip together.