The Prime Minister said: “I was really sad to hear about Barbara Windsor because she has been part of all of our lives, part of my life. “And she was one of those people that just cheered you up and cheered everybody up because she had a kind of irrepressible naughtiness that was totally innocent. “And whenever she went into a room, and she did a lot of good work for charity and looking after lonely and vulnerable people, she lit up people’s faces.”

He added: “We want to make this the best country in the world to live with dementia and we have committed to significantly increasing research funding, over a number of years, to help improve detection and care for people with dementia.”

The Carry On star, who was diagnosed with Alzheimer’s disease in 2014, died on Thursday night at a London care home aged 83.

Yesterday the biggest names in showbusiness and the Royal Family paid tribute to the “unofficial queen of England”. Dame Barbara became a household name for Carry On films and later as Queen Vic landlady Peggy Mitchell in EastEnders.

More recently she and her husband Scott Mitchell, 57, worked hard to raise awareness around dementia. Ross Kemp, 56, who played Dame Barbara’s screen son Grant Mitchell in EastEnders, said: “Dame Barbara Windsor, the woman who always had time for everybody, has sadly left us. I will miss Bar always. My thoughts are with her husband Scott, who could have done no more and who stayed strong for her to the very end.”

Comedian and Britain’s Got Talent judge David Walliams, 49, said: “You were my first love as a child in the Carry On films and I will love you forever. 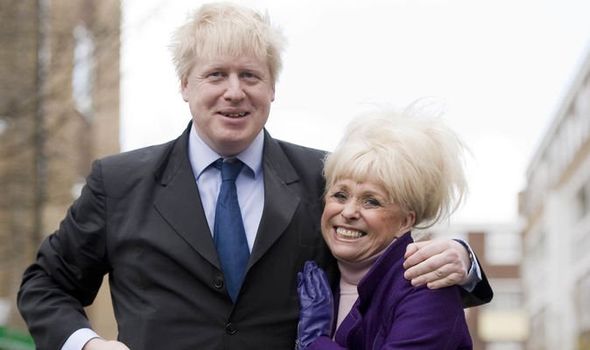 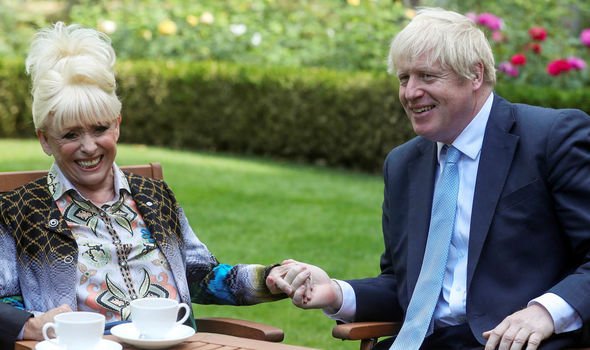 “Working with you, spending time with you and being your friend was one of the greatest thrills of my life. The unofficial queen of England, an icon treasured by the nation.”

The Prince of Wales and the Duchess of Cornwall’s Clarence House Twitter account shared a tribute and image of the actress after she was made a dame at Buckingham Palace. It said: “Dame Barbara Windsor – great British actor and tireless charity campaigner who will be deeply missed.”

Little Britain star Matt Lucas, 46, said: “I think the whole country is in mourning today. She delighted us on stage and sparkled on screen in a long and illustrious career.

“She also worked tirelessly for charity and continued to do so, even when her own health was failing her.”

TV presenter Jonathan Ross, 60, remembered Dame Barbara as warm, funny and kind. He tweeted: “Barbara Windsor in real life was everything you might have hoped for. So warm, so funny, so kind. Goodnight sweetheart.”

This Morning TV presenter Phillip Schofield, 58, wrote: “Farewell to gorgeous Barbara Windsor, a real icon, showbiz lost a lot of sparkle today, sending love to Scott and all her family.”

Actress and Britain’s Got Talent judge Amanda Holden, 49, said on Instagram: “I was a big fan and was thrilled to meet Barbara on several occasions. She was an absolute joy. Goodnight.

“My thoughts go out to her wonderful husband Scott.”

Actress Dame Joan Collins, 87, also took to Instagram to tell her fans: “Show-business has lost a legend. Barbara Windsor: You will be missed.” Actress Sheridan Smith, 39, wrote: “She was one of my idols… and she could not have been nicer. What a career and what a woman. Our national treasure. Rest in peace.”

TV host Piers Morgan, 55, said on his Twitter account: “Barbara Windsor was the funniest, warmest, naughtiest, kindest and most big-hearted of people. She was also a fabulous actress with the world’s most infectious giggle. RIP Babs. Thanks for all the laughs.” 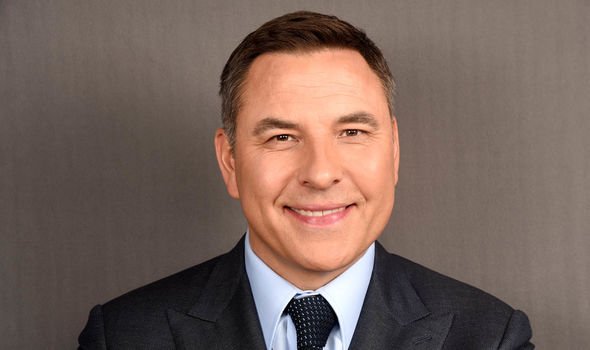 Piers’ Good Morning Britain co-host Susanna Reid, 50, said: “She always had that twinkling smile when you met her, she was kind and good-humoured. She was gorgeous.” Charities that worked with Barbara and Scott also heaped praise on the star.

Kate Lee, chief executive of Alzheimer’s Society, said: “Scott and Barbara were incredible supporters. Talking about her story touched so many hearts and for many families made it possible to talk about dementia in a way that often families won’t discuss because it was taboo.

“For someone as amazing as Barbara going public and talking about it, even that act has made such a massive difference in the dementia world. What they achieved over the last couple of years for dementia has been truly awe-inspiring.” 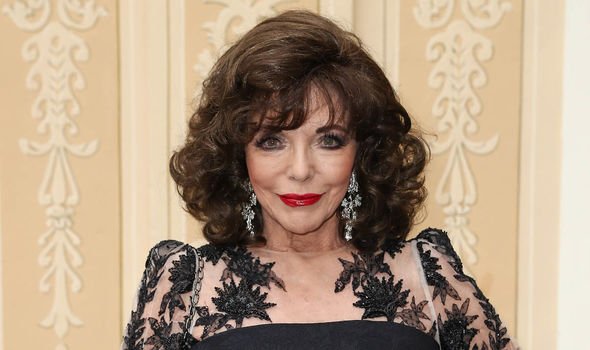 Dame Barbara said at the time: “It means so much to me to see some of my closest friends coming together to support this cause.

“I know it will mean a lot to everyone else living with dementia.”

After being appointed ambassadors for Alzheimer’s Society, Dame Barbara and Scott signed an open letter to Mr Johnson, calling for a “long-term funding solution to end the social care crisis”.

Raven Gates Breaks Her Silence On Feud With Rachel Lindsay: ‘I Really Loved Her’

Prince George Is “Obsessed” with Tractors According to His Dad