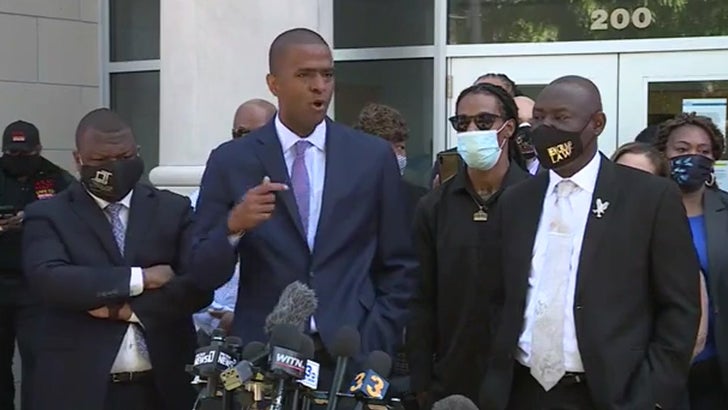 Attorney Bakari Sellers is fired up over the delay in releasing the body cam footage that shows the police killing of Andrew Brown Jr. … and he’s fed up with Congress, too.

Sellers, who along with Ben Crump and Harry Daniels, is representing Brown’s family … is in North Carolina waiting to see the police video of what happened to Brown Jr. last Wednesday … when the 42-year-old was shot in the back and killed by deputies during the execution of a search warrant.

Sellers says he was promised to be shown the footage earlier on Monday, but it hasn’t happened yet … allegedly because the authorities want to redact portions of it.

The attorney clearly isn’t happy about that, but he’s on a mission to use the situation to take on the system as a whole. Instead of protesting, he wants people to pick up the phone and call their elected officials.

Specifically, Sellers calls out Democratic Senators Joe Manchin and Kyrsten Sinema for not signing the George Floyd Justice in Policing Act … something he feels is an important step to ending police killings of Black men in America.

Brown was fatally shot by cops last week in Elizabeth City, where witnesses say he was driving away when deputies opened fire on him. After the shooting, 7 deputies were placed on administrative leave and 3 resigned.

Brown’s killing set off protests in the city and surrounding areas, and Mayor Bettie Parker says law enforcement expects a “period of civil unrest” after the release of the body cam video.