Are you also still reeling after the release of Hayley Kiyoko’s Bachelorette-themed music video, “For the Girls?” Because same…

In the project, which dropped on May 20, Hayley stars as the reality series’ first lesbian Bachelorette as she welcomes a group of hopeful gals to a stunning mansion. And just like on the actual show, we’re treated to a bevy of stunt introductions, dramatic antics, and a semi-obvi clear favorite in the form of Becca Tilley, who we now know is the singer’s partner IRL!!! If you’re also obsessing over/invested in the duo’s ‘ship (not to mention their epic relationship announcement), here’s everything you need to know!

According to Hayley’s Instagram, she and Becca met for the first time at the singer’s “Expectations” release party in April 2018. Cute AF proof below!

The two are captured together at Nylon‘s Annual Young Hollywood Party as Hayley’s career is skyrocketing. She would go on to be featured on the cover of Nylon‘s first-ever Pride Issue the following month. 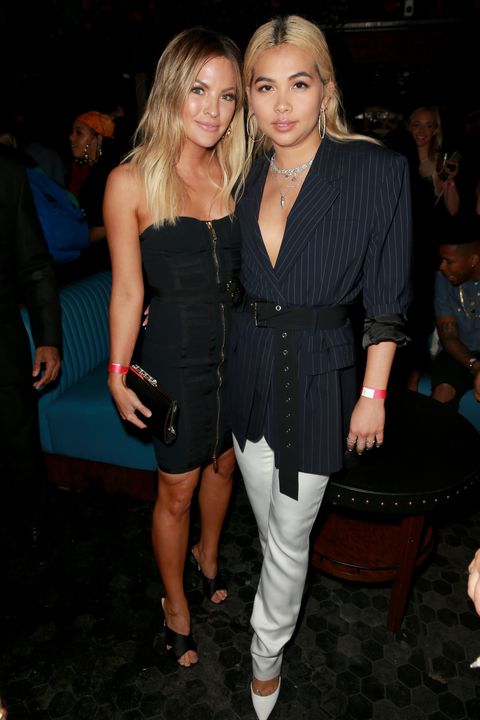 Hayley wins the Rising Star Award at Billboard’s Women in Music Awards, and Becca RTs her speech, saying she is “so proud” of the singer 🥺.