It was a mom/daughter day out for Angelina Jolie and her youngest girl, Vivienne, on Nov. 23. The pair hit up a craft store during a fun day of shopping.

Angelina Jolie spent some one-on-one time with her daughter, Vivienne Jolie-Pitt, 12, on Nov. 23. The actress and her little girl were photographed after hitting up JoAnn Fabrics in Glendale, California. They had a shopping cart full of supplies with them as they left the store, and were photographed loading the goods into their car afterward. 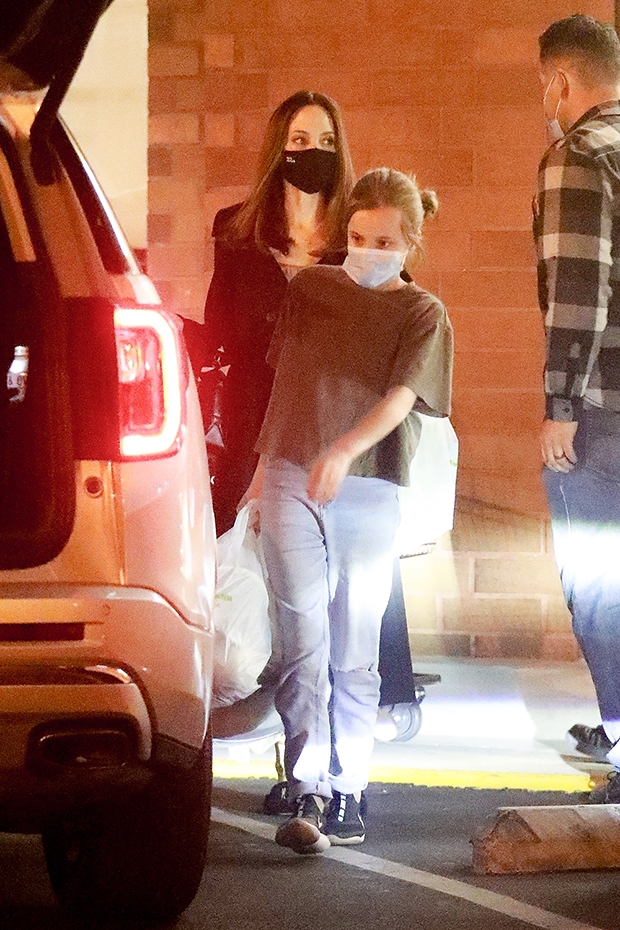 As always, Angelina looked chic and presentable on the outing, as she rocked a black trench coat and her her hair down. Vivienne showed off her laid back style in a pair of jeans and a t-shirt, with her hair in a ponytail. Of course, both mom and daughter also wore protective face masks amidst the coronavirus pandemic, as well.

Vivienne and her twin brother, Knox, are the youngest kids that Angelina shares with her ex, Brad Pitt. They have one other biological daughter, Shiloh Jolie-PItt, who is 14. Then, there’s their three adopted kids, Maddox Jolie-Pitt, 19, Pax Jolie-Pitt, 16, and Zahara Jolie-Pitt, 15. Angie and Brad broke up in Sept. 2016, more than four years ago, but they’re still embroiled in a custody battle over the kids. 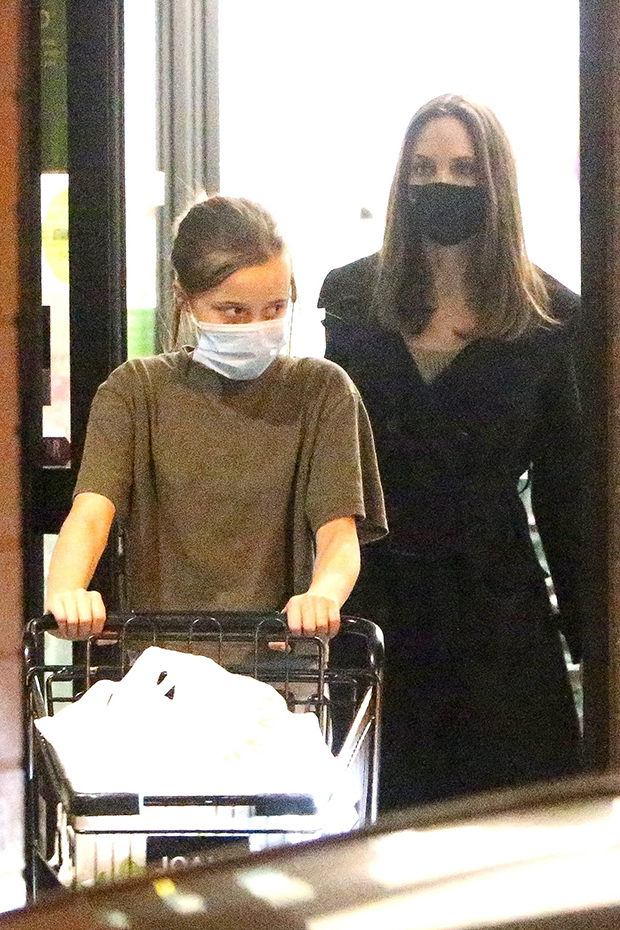 When Angie and Brad first split, she was awarded temporary full custody of the children after she accused him of child abuse following an alleged confrontation with Maddox. He was cleared of the allegations by Nov. 2016, but still only allowed to the kids while being supervised. By June 2018, the court warned Angelina that she’d be at risk of losing her custody rights if she didn’t allow the kids to have more of a relationship with Brad, and he slowly began getting more time with them.

The two were able to reach a custody agreement in Nov. 2018, but were back in court by 2020 to hash things out again. This time, Brad hoped to get the full 50/50 custody that he felt he deserved. Meanwhile, Angelina tried to derail his legal proceedings by getting the judge in the pair’s divorce case removed. She alleged that the judge had a relationship with Brad’s lawyer, and wanted him thrown out. However, the request was denied earlier this month.