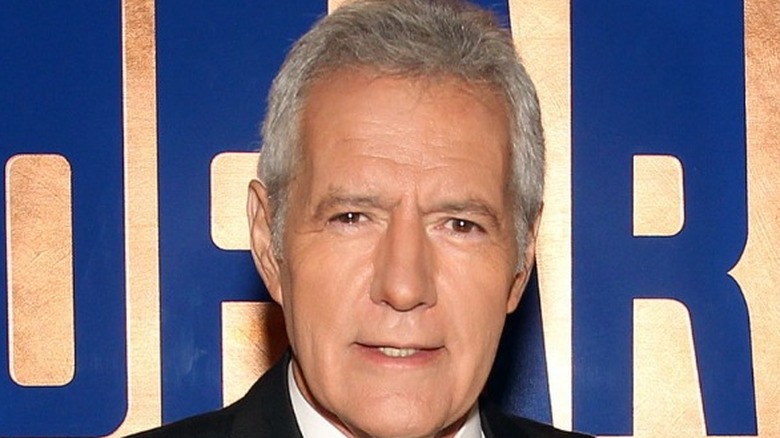 Alex Trebek was undoubtedly one of the most famous and beloved game show hosts ever. The Canadian-American — who died on November 8, 2020, at the age of 80 after battling Stage 4 pancreatic cancer — hosted the popular trivia show “Jeopardy!” for 37 years until his death, per Business Insider. Trebek, who was considered a hero and propagator of learning by many, received an outpouring of love from fans and celebrities alike following his death, including Canadian Prime Minister Justin Trudeau, who called his passing a “tremendous loss” on Twitter.

The international icon was born in Sudbury, Ontario, Canada on July 22, 1940. He studied at the University of Ottawa before beginning his career as a journalist for the CBC. In 1973, he made his American television debut on the “Wizard of Odds,” and nearly a decade later, he began working at “Jeopardy!” — where he hosted more than 8,000 episodes, per the show’s website. This in turn awarded him the record for hosting the most episodes of a single game show, beating out “The Price is Right” host Bob Barker, according to The New York Times.

His remarkable career not only earned him a revered reputation and numerous impressive awards — including seven Daytime Emmys and a Lifetime Achievement Award from the National Academy of Television Arts and Sciences (per the show’s website) – but a nice paycheck as well. You might be surprised to find out just how much Trebek was worth at the time of his death. 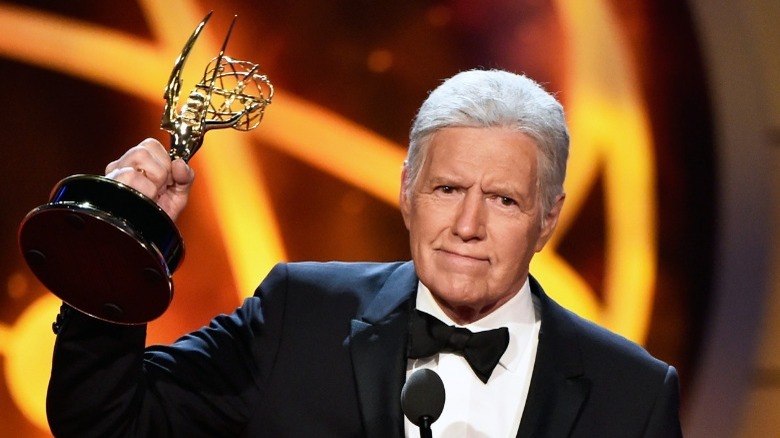 Alex Trebek worked on an array of Canadian and American game shows before landing his gig on “Jeopardy!,” including “High Rollers” on NBC, “The $128,000 Question,”  CBS’s “Double Dare,” and “Battlestars” on NBC, according to Celebrity Net Worth. In 1984, he shot two episodes for a potential “Jeopardy!” revival, and it wasn’t long before the show got picked up once more. The show only grew in popularity after Trebek came on as host.

Trebek shot five “Jeopardy!” episodes a day for 46 days a year, which earned him a whopping annual salary of $18 million (this came out to about $391,000 every tape day, or $78,000 per actual episode). To put Trebek’s impressive salary in perspective, Pat Sajak from “Wheel of Fortune” receives about $312,500 per work day, and Vanna White receives $208,333, according to Celebrity Net Worth.

While “Jeopardy!” was Trebek’s main source of income, he also likely received a hefty fee for film and television appearances (he has made cameo appearances on dozens of popular television shows) as well as speaking obligations and lectures. In totality, Trebek was worth a cool $75 million at the time of his death, via Celebrity Net Worth. However, it seems his net worth would have been even higher if he wasn’t a huge philanthropist who donated millions of dollars and property to universities and conservancies alike. Just when we thought we couldn’t love him more — rest in peace Mr. Trebek!