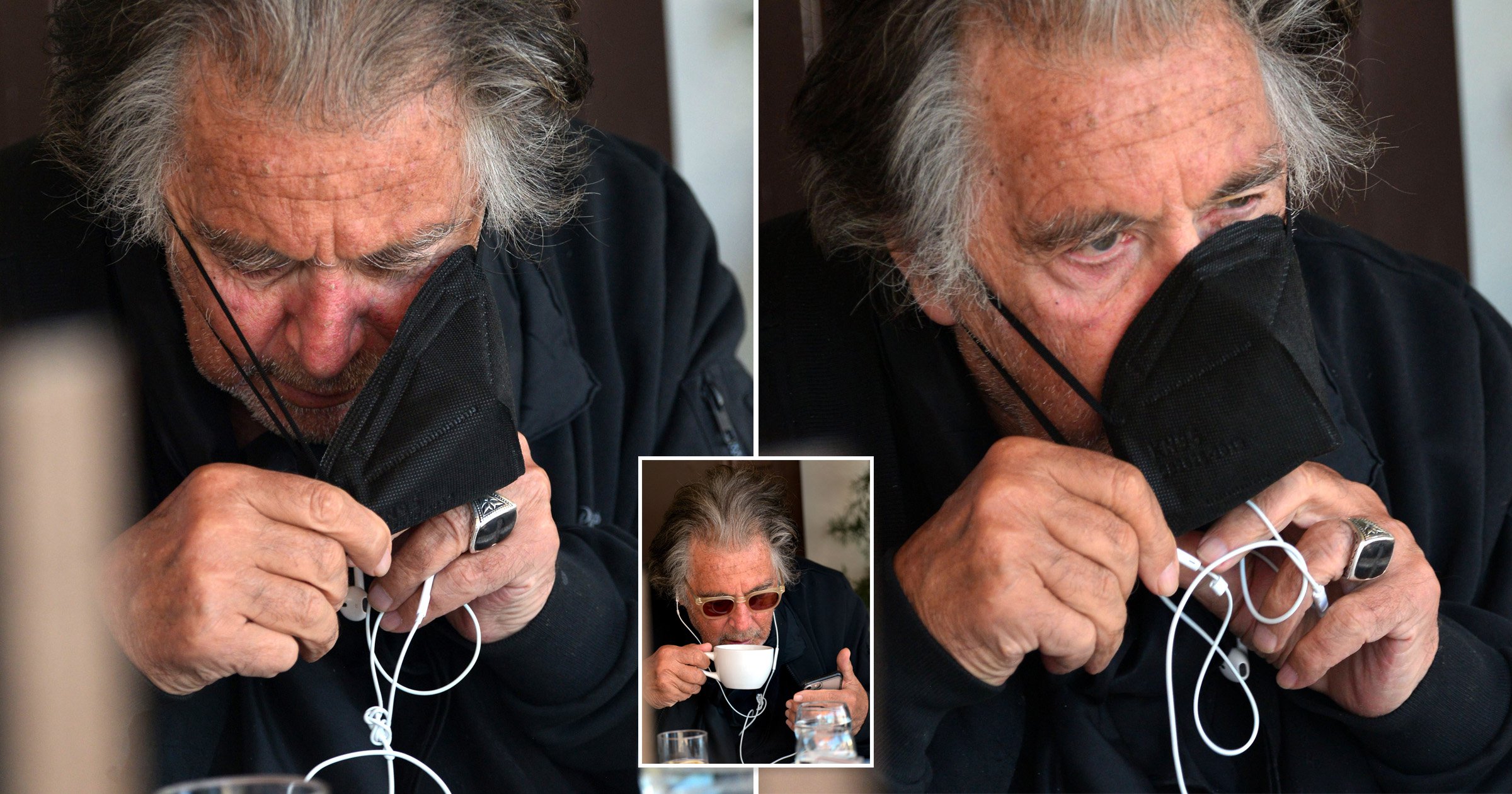 Al Pacino has summed up the most awkward part of mask-wearing to a tee, as he managed to get his headphones tangled up in his facemask while at lunch in Los Angeles.

As most people now know, listening to music on wired headphones and taking your mask on and off can cause a bit of a palaver, as the acting legend, 80, found out.

The Godfather star was seen enjoying lunch at Il Pastaio in Beverly Hills on Tuesday, but got into a bit of a tangle with his black N95 mask and his wired headphones.

Al was seen detangling one side of the earphones from the straps of his mask – something that wouldn’t have been a problem had he been wearing AirPods instead.

The Oscar winner was seen dining along with a younger female friend, as well as talking on the phone with his headphones on as he sat at the table.

Al is set to star alongside Lady Gaga in the upcoming film Gucci, based on the true crime story about Patrizia Reggiani’s plot to kill her ex-husband Maurizio Gucci, the grandson of the famed fashion designer.

Gaga is attached for the role of Patrizia and the all-star cast includes Jared Leto, Jeremy Irons and Adam Driver, with the film currently being in pre-production.

Al is also set to appear in Axis Sally, a historical drama about a US woman who broadcast Nazi propaganda during WW!! As well as playing King Lear in a new adaptation of the Shakespeare classic.

Fans have also been speculating whether Al might pop up in the final two episodes of Marvel’s WandaVision.

Fans have suggested he might be the legendary actor Paul Bettany spoke about in an interview, revealing that an actor he has wanted to work with his whole life will play a character that has yet to be revealed in the MCU.

While there is no confirmation yet. Fans have speculated that Al may appear as the villain Mephisto.