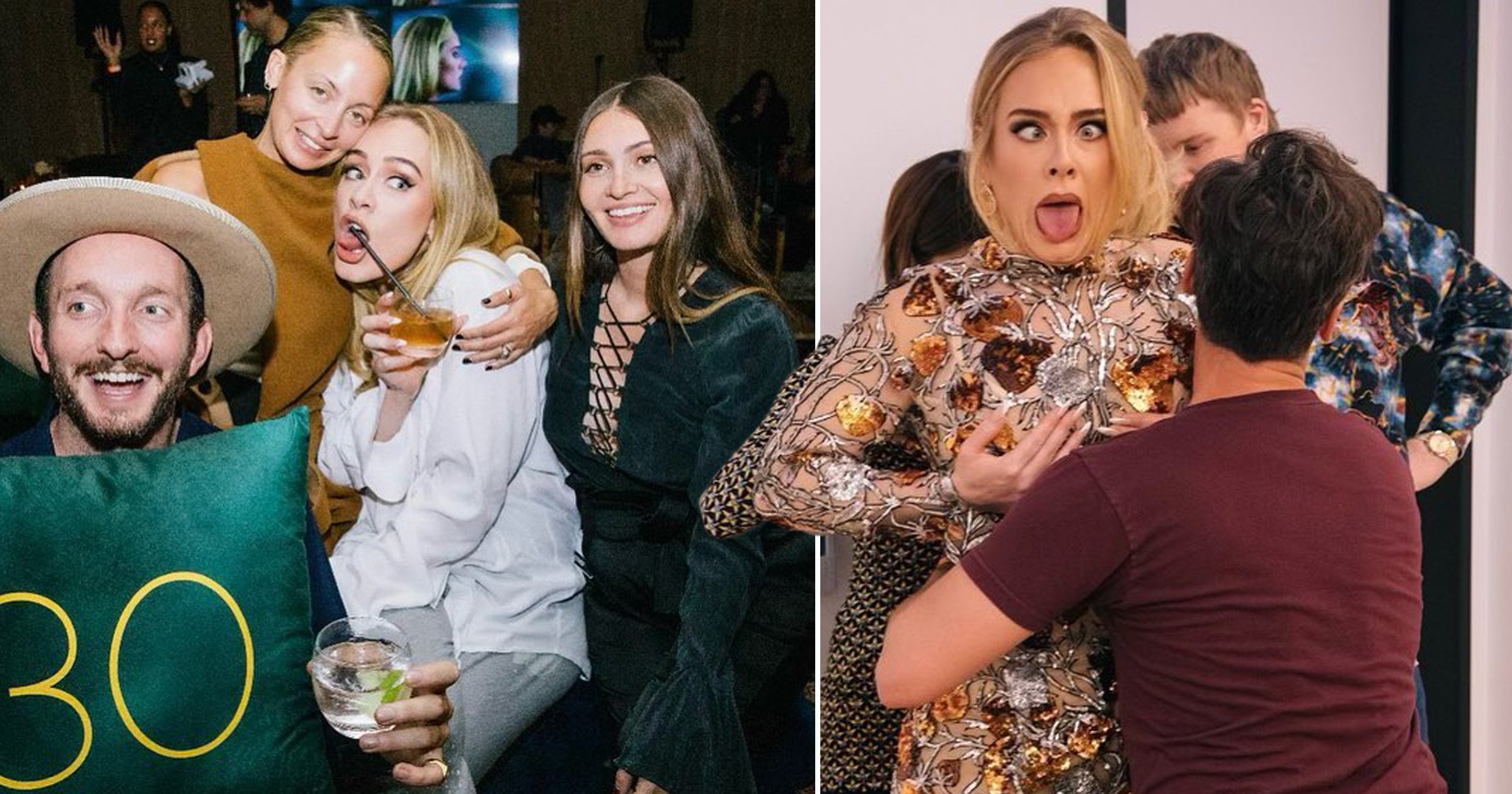 Adele had all the essentials as she hosted her 30 album release party last night -cocktails and friends.

For One Night Only, the Hello singer performed a string of her old classics and songs from her new album 30, while also sitting down for a chat with talk show legend Oprah during the CBS special which aired over the weekend.

She’s now celebrating the release of her fourth studio album on Friday and hosted a Los Angeles bash.

In new photos shared on her Instagram, the 33-year-old singer is seen getting zipped up in her gold and brown Oscar de la Renta minidress by no less than three members of her glam team as she pulled a funny face.

Photos of the decor showed candles with Easy On Me, the name of her latest single, and the song’s release date written in black, while the cocktail menu included drinks such as Aperologetically Adele Spritz, I Drink Wine Spritzer and My Little Love ‘Tail, some of course named after her tracks.

Another image showed her bestie Nicole Richie with an arm draped around her as the singer sipped her drink.

‘Cocktails and Crying all round 🥺,’ she captioned the post.

It was more of a relaxed setting compared to the concert she performed at the Griffith Observatory, which saw the likes of Leonardo DiCaprio, Lizzo, Seth Rogen, Ellen DeGeneres, Kris Jenner and James Corden among the stars dotted around the seats, while Selena Gomez, Drake and Gordon Ramsay also managed to get their hands on a coveted pass.

At one point, Adele halted proceedings to give Lizzo a shout-out, with the camera later panning across to the Truth Hurts singer singing along to Hello with Oprah and Melissa McCarthy.

In a particularly emotional moment, she also helped a man propose to his girlfriend of seven years in front of the entire audience after blindfolding her en route to the stage.

Fans in the UK are gearing up to watch the Someone Like You perform during ITV special, An Audience With Adele, which is set to air on Sunday night.

Adele’s fourth album 30 is out on Friday.

This Video Of Selena Gomez Complaining About Her Dress Is Hilarious