Part of the allure of Hollywood stars is their sense of style.

Whether it’s the Oscars, the Met Gala, the Academy of Country Music Awards or any other star-studded event, fans love to ogle at the high fashion on the red carpets that break the ice before an entertaining evening.

Some looks remain iconic forever, like Jennifer Lopez’s famous green Versace dress that she wore to the Grammys in 2000, and others become instant classics – think Billy Porter’s 2019 tuxedo gown.

Regardless of the nature of the outfit, one style never ceases to amaze audiences: sheer. Here’s a look at five stars whose sheer looks have dropped jaws. 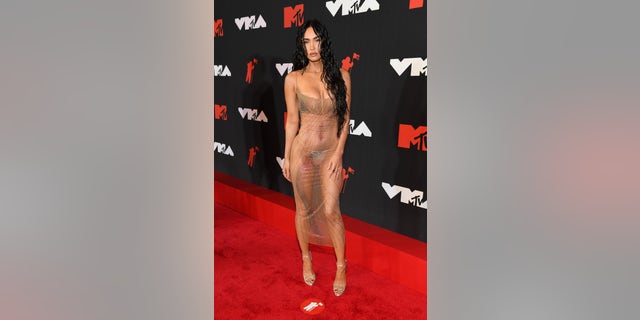 Actress Megan Fox stunned onlookers on the MTV Video Music Awards red carpet on Sunday night in a dress that left very little to the imagination.

For the night out, the 35-year-old actress donned a see-through dress featuring pops of glistening embroidered accents.

She let her long, dark hair fall over her shoulders as the paparazzi snapped pics. 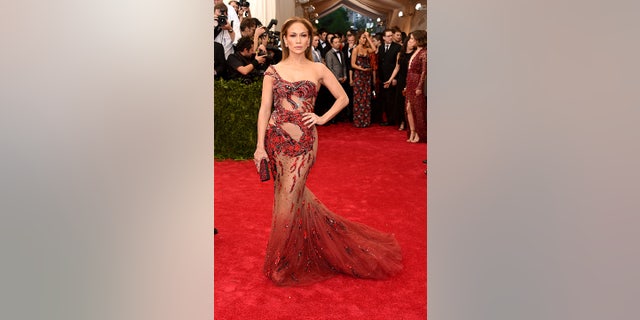 Lopez is known for never shying away from a bold look on the red carpet, as was the case at the 2015 Met Gala.

For the event, the “Let’s Get Loud” singer wore a sheer dress with a dazzling red dragon stretching from her shoulder to the ground.

The sheer material, which put her stomach on display, turned red toward the bottom of the gown – which she dawned for the theme “China: Through the Looking Glass.” 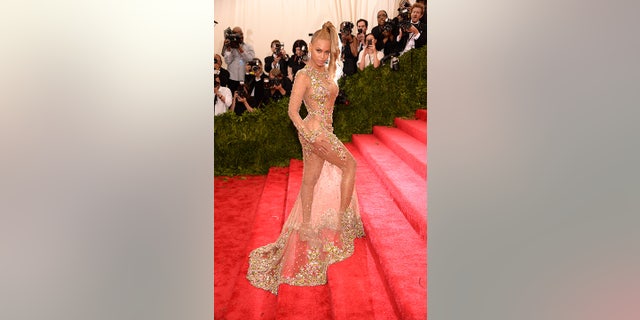 Beyonce put her figure on display in a sheer dress at the 2015 Met Gala.
(Photo by Kevin Mazur/WireImage)

There must have been something in the water ahead of the 2015 Met Gala, as Beyoncé wore a similarly risqué sheer look.

For her part, the music icon donned a sheer gown with multi-colored floral embellishments tastefully covering her body and lining the rim of the gown.

To complete the ensemble, Beyoncé wore large hoop earrings and a high ponytail. 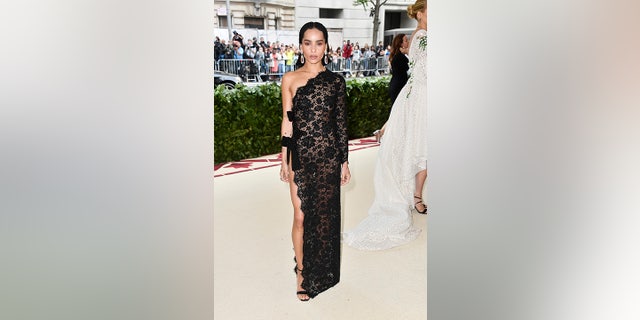 Zoë Kravitz at the 2018 Met Gala.
(Photo by Frazer Harrison/FilmMagic)

Like her father, Zoë Kravitz has never been afraid to push fashion to its limits, and her appearance at the 2018 Met Gala certainly proved that.

The “Big Little Lies” actress donned a sheer black gown with embroidered accents that left her slim figure on full display, as one arm, one leg and part of her chest were completely bare. 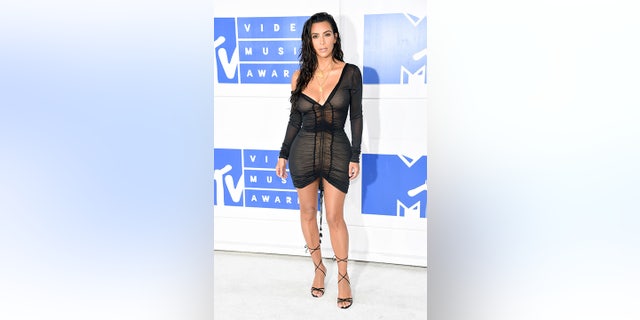 At the 2016 MTV Movie Awards, Kardashian donned a sheer, skin-tight mini-dress with a deep-V. While the fabric was dark, little was left to the imagination as she posed on the carpet with her now-estranged husband Kanye West, who is also a designer.