Few shows in the history of television have impacted viewers quite like Schitt’s Creek. The six-season series covers everything from love to loss to learning how to properly store wigs. In between the laughs — and sometimes during them — there were actually a lot of important life lessons the characters of Schitt’s Creek bestowed upon fans.

Schitt’s Creek may be a cultural touchstone now, but when the sitcom first aired on Pop TV in 2015, it wasn’t close to the household name it is now. As the years when on and its seasons were picked up by Netflix, however, the series eventually became a smash hit. With a historic Emmys sweep in 2020 and a vast community of dedicated fans, the show has made a lasting impression. But what exactly makes Schitt’s Creek so special?

In short, it’s the Rose family’s story of love, dedication, and above all, joy. And while the characters themselves had arcs full of triumph and heartbreak, the creators did as well. When Daniel and Eugene Levy first started the show, it didn’t exactly pick up speed. But as the years when on and they kept true to their vision, it eventually paid off. In addition to the pure perseverance seen by the Levys and their on-screen counterparts, here are a few more life lessons Schitt’s Creek teaches through the seasons: 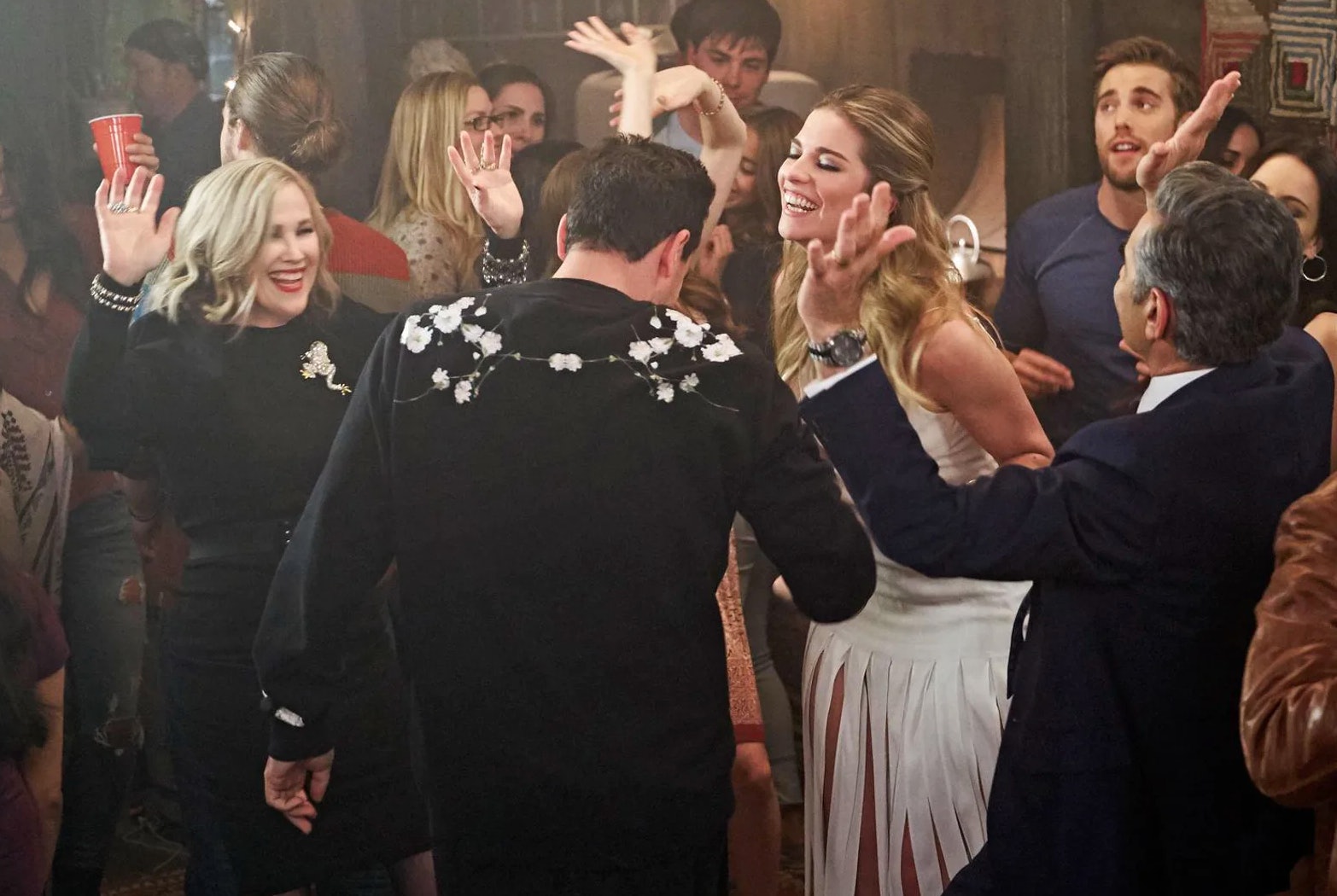 1. "Ew" Is An All-Purpose Response

"Ew" is pretty much the tagline of the show, and as Alexis Rose proves throughout the series, it’s a warranted response to basically everything. Grossed out? "Ewwww." Excited? "Ew!" Annoyed? "Ew." Playful? "Ew-uh." Don’t sleep on the chance to use the iconic retort. Bonus points if you say someone’s name after. ("Ew, David.")

If David judged Stevie by her sarcasm or Patrick by his career, he never would have found his BFF or his hubby. And if the Roses never gave Schitt’s Creek a chance in the first place, they never would have truly come into their own. Just because something — or someone — doesn’t seem like your style at first, have an open mind. You might be surprised.

3. Make Your Own Theme Song

The title track from Alexis’s critically reviewed, limited reality series, "A Little Bit Alexis," proves having your own pump-up jam is important. While you don’t necessarily need to write it yourself (but if you do, you’ll definitely want to pull inspo from lyrics like "I’m expensive sushi, I’m a cute huge yacht"), having a song or two to play when you need a surge of motivation is absolutely life-changing. And if you happen to choreograph a dance to it, all the better.

One of the longest-running jokes of the series was the massive menu in Café Tropical. It included everything from fish to pie to smoothies to pasta, and watching the Roses try to navigate it is always hilarious. Maybe I’m just a lover of multi-cuisine restaurants and The Cheesecake Factory, but IMO, the more choices on a menu, the better.

This is a lesson both the Roses and the Levys exemplified throughout the series. Whether it’s the family you were born into or the family you chose, supporting the people who mean the most to you is one of the best things you can do in life. It doesn’t matter if you necessarily understand their goals (like opening up an apothecary or starring in a film about crows). As long as you’re there cheering them on, they’ll know you have their back.

6. Have Fun With Fashion

Just because the Rose family lived in a small town, that didn’t mean they let their individual styles change. With Johnny’s suits, David’s high-fashion pieces, Alexis’s on-trend lewks, and Moira’s use of costumes and wigs, they continuously dressed how they felt best. As someone who owns loads of fun pieces I’m not always bold enough to rock, I’ll remember the fam before reaching for that plain T-shirt I always wear.

While some of the love stories in Schitt’s Creek prosper as the final credits roll (looking at you, David/Patrick and Johnny/Moira), others aren’t as lucky. Whether it’s a romantic relationship or a friendship, some bonds aren’t meant to last forever. Being able to accept when a relationship has run its course, like Ted and Alexis so gracefully did, is one of the hardest, yet most liberating, things you can do.

8. Sex Is Always Weird At Your Parents’ House

As David experienced multiple times throughout the series, it doesn’t matter how old you get or what your relationship looks like — there’s a good chance the topic of sex will always seem kinda strange at your parents’ house. Whether you’re doing it or just talking about it, it’s perfectly acceptable to feel like shouting "ew" any time the topic is brought up anywhere near the people who changed your diapers.

9. It’s Never To Late To Learn To Ride A Bike

Or go back to school. Or start a new job. Or fall in love. Just because other people are hitting milestones at a specific time, that doesn’t mean you need to as well. Instead of comparing yourself to others, do you on your time. If the Roses didn’t do this, they never would have been able to reach their goals.

10. Be Your Most Ridiculous Self 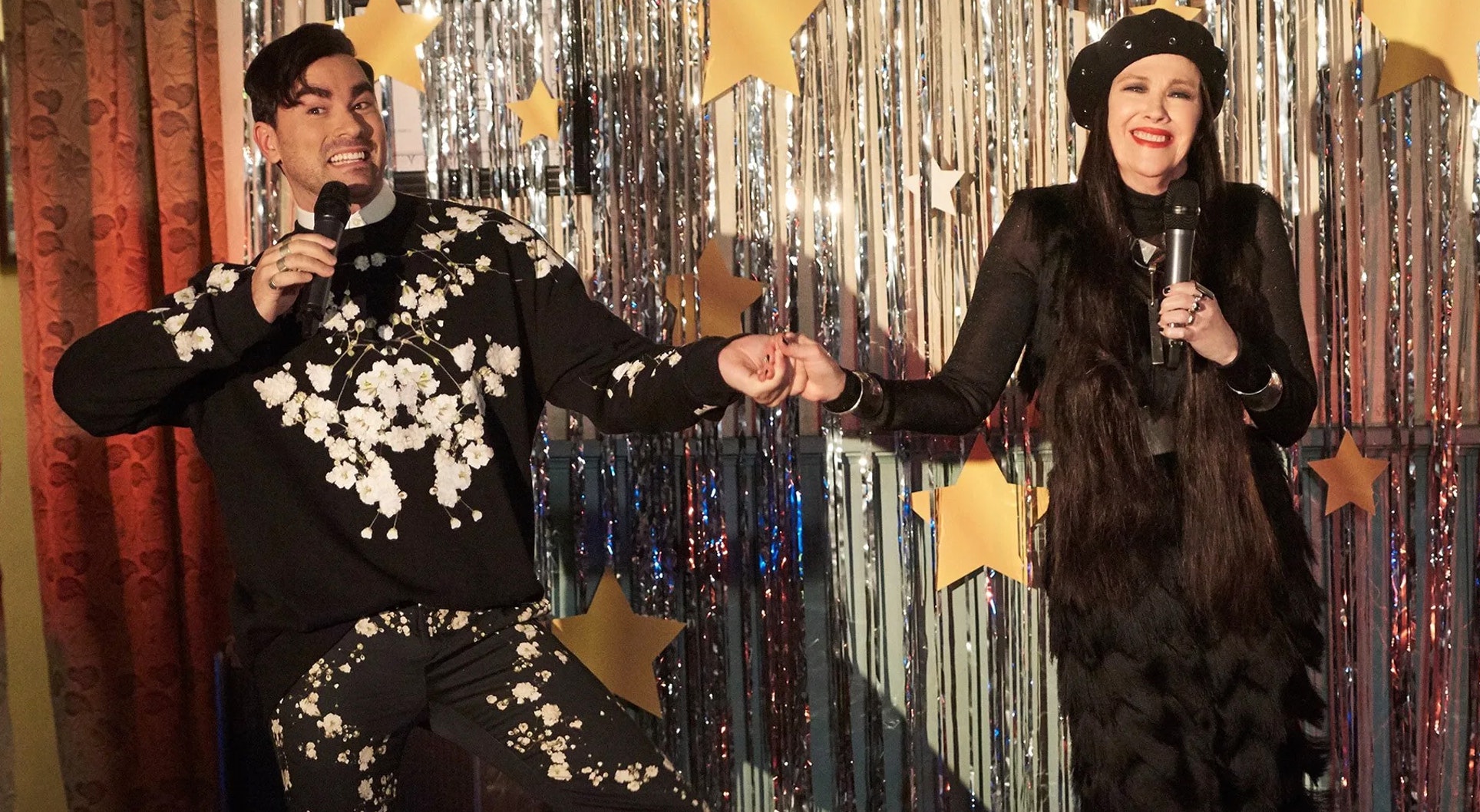 If there’s one thing the Roses showed throughout the series, it’s that you should strive to be your biggest, boldest, brightest self. Even when they felt out of place — whether it was performing an off-season mother-son duet at the Asbestos Fest or sporting a different wig for every occasion — there’s no need to hide what makes you unique. Embrace it, and you might actually find the best possible version of yourself.

While having a plan is pretty standard when goal-chasing, the on-screen family highlights how to navigate life when those plans change. Whether it’s by fate or by choice, you’re not pigeonholed into one set path. Learning to thrive in the midst of chaos and being flexible when things don’t go your way is probably the reason they all ended up fulfilled by the series finale.

Moira Rose might be the queen of clever comebacks and snappy retorts, but nothing tops her pronunciation of "bébé." No, it’s not as deep as the other lessons, but being able to laugh in the face of hard situations or everyday, mundane moments is an invaluable skill.

One of the best things about Schitt’s Creek is that it managed to showcase all types of situations — from loss to inadequacy to coming out to fear — in a way that was not only relatable and honest, but light-hearted as well. As the family’s story shows: Everything can change in an instant. When sh*t happens, learn to roll with the punches and there’s a good chance everything will come up roses.

All six seasons of Schitt’s Creek are streaming on Netflix now.