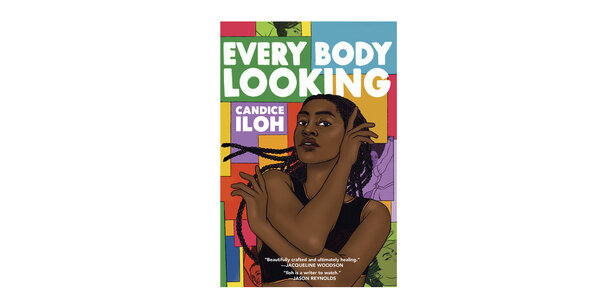 Bodies take center stage in Iloh’s novel about a young Nigerian-American woman realizing her untapped potential through dance. Seventeen-year-old Ada’s name in Igbo means “first daughter,” which to Ada translates to “you are expected/to do a lot of things/you don’t want to do/because the honor of this family/rests on your back.” After a childhood of being shuttled between her strict religious father and negligent mother, Ada is eager to escape both of their emotionally exhausting orbits. She wins a scholarship to an H.B.C.U., but her insecurities remain, deeply rooted in a body she is perpetually at odds with. While her body is the medium of her artistic expression, it is also the “awkwardly shaped and useless pile of flesh” that was sexually assaulted by a stranger in her mother’s chaotic house when she was a child. When that memory is sparked by a campus clinic exam, Ada responds by accepting a job she knows she’ll hate and dating a boy whose only good quality is that he “is nice to me, sometimes.” It takes a demanding dance teacher’s inspiring class and pivotal question — “Who are you dancing for?” — to free Ada to accept that within her perfectly imperfect body is a goddess waiting to be born. Intimate free verse, structured concrete poems and thoughtfully connected flashbacks movingly illuminate Ada’s explorations of artistry, divinity and sexuality. A National Book Award finalist, tthis blazing coming-of-age comet will have everybody looking up.

“Scooby-Doo” meets “Love, Simon” in this inclusive supernatural romance steeped in East Los Angeles Latinx culture. Sixteen-year-old Yadriel, a gay-identifying trans boy, was born into a vibrant community of modern-day brujx, or sorcerers, gifted with healing powers and the ability to speak to spirits by their patron goddess, Lady Death. Yadriel’s otherwise loving father, the brujx community’s patriarch, has refused to accept his gender identity and denied him his quinces, the ceremony that would formally recognize him as a practicing brujo rather than a bruja. Julian is a gay, hot-tempered L.A. street kid who often skips school. He lives with his older brother over a mechanic shop when not hanging out with his close-knit band of friends. Well, he used to. When Yadriel accidentally summons Julian’s spirit in an attempt to challenge his father’s decision, Julian discovers he’s dead and Yadriel discovers that attraction isn’t dependent on a corporeal form. What follows is a madcap, suspenseful mission through cemeteries, high school halls and caverns as the two try to discover who murdered Julian and how his death is connected to a lethal secret festering in the heart of the brujx society — while also falling head over heels in love. Thomas injects the queer paranormal romance genre with a fresh shot of lavishly detailed Latinx culture, blending in Mayan, Mexican, Central American and South American traditions while commenting on cultural appropriation, deportation and class. Windows into the intersecting Latinx and L.G.B.T.Q. experience are plentiful here, and the opportunities for discovery and discussion are endless.

The Korean-American teenager Candace Park downplays her K-pop fangirling, because “isn’t it so expected for the Korean girl to be super into K-pop?” So when the world’s biggest K-pop label holds auditions for its new girl group in her home state of New Jersey and she tries out on a whim, she’s shocked to be chosen for the trainee program. Though the odds of making the final cut are slim, she heads to Seoul, where she endures four months of grueling workouts, dance practices and Korean language classes. A secret crush on a cute boy and the tantalizing promise of stardom make the harsh criticism and scarce sleep bearable. But as the deadline for the final audition looms, she finds her sense of self challenged in ways she didn’t expect and doesn’t agree with. When Candace finally puts her stiletto heel down, the crack is heard round the K-pop world, resulting in a nail-biting climax that plays out thrillingly until the very last page. Lee’s Cinderella story, set to a pulsing soundtrack of Blackpink and Red Velvet, is the delectable K-pop confessional we’ve all been waiting for. Full of bright lights, big cities and glamorous photo shoots, the novel also delves into the dark side of the glitter: stalker fans, brutal social media backlash, and K-pop idol factories that churn out Instagram-ready groups who sacrifice any semblance of a normal life for a chance at fame. But it’s seeing Seoul through the eyes of Candace, an American who has to learn the rules and manners of her own cultural heritage like a tourist, that provides the rich flavor of this frothy bubble tea of a book. Sprinkled throughout with the names of current bands and songs, it’s best enjoyed before the K pops.

SOMETHING HAPPENED TO ALI GREENLEAF
By Hayley Krischer
328 pp. Razorbill. $18.99.

The two teenage girls at the center of Krischer’s dark debut may have grown up in the age of consent, but their actions reveal the long shadow cast by rape culture. Blythe Jensen is the queen bee of the Core Four, a group of senior alpha females who rule the school from the invitation-only C-wing bathroom. Ali Greenleaf is a quiet, shy junior, “the kind of girl who doesn’t realize how pretty she is.” Their only shared interest is Sean Nessel, the hot soccer player who runs with Blythe’s crowd and is the object of Ali’s intense crush. When Sean drunkenly rapes Ali at a party, he enlists Blythe to help “fix” the situation by orchestrating a false friendship with Ali to keep her from talking. What actually happens is far more nuanced. Contrary to their own inclination and the will of their peers, Ali and Blythe bond for real. Ali absorbs Blythe’s confident independence while Blythe becomes more vulnerable under Ali’s honest appraisal. The dialogue-rich, dual first-person narrative shows both girls’ evolving perspectives. Whether or not Sean is punished for his crime becomes less important than the powerful voices these unlikely allies end up granting each other. In Krischer’s personal author’s note, she reveals the inspirations for Ali’s and Blythe’s stories, among them the 2018 Brett Kavanaugh hearings and her own “experiences that were too difficult to talk about or too painful to understand.” While the #MeToo movement has successfully empowered women and girls to form a strong sisterhood by sharing their stories, this novel serves as a sobering reminder: The fact that consent is being discussed in classrooms doesn’t necessarily mean it’s being enacted in bedrooms.

Want to live longer? Get a dog. Just don't walk it to the cake shop