Home » Books » You Can Read This Book in Russian, Except for the Parts About Russia

MOSCOW — Andrei Chernikov, an information-technology specialist from western Ukraine, was near the end of Yuval Noah Harari’s book “21 Lessons for the 21st Century” when he stumbled onto something that concerned him directly — a description in the “Post-Truth” chapter of how Russia’s government in 2014 attempted to hide its invasion of Ukraine and annexation of Crimea.

Mr. Chernikov, 35, was reading a hard copy of the book in Ukrainian, but when he switched to the Russian e-book version on his tablet, the same chapter contained different material. Instead of events in Crimea, it began with an analysis of President Trump’s statements to illustrate the proliferation of fake news in the modern world.

Other discrepancies emerged, causing an uproar in Ukraine, Russia and beyond. The New York Times found that the Russian version of the book was heavily censored, with mentions of the fighting in Ukraine and Crimea removed and criticism of the Russian government toned down or cut, among other changes. The Russian version didn’t mention any of the changes.

In one instance, Russia was replaced with Hungary as a country that is experimenting with new types of non-liberal democracy and dictatorship. The sections which described Russia as an “ideologically bankrupt country” where “oligarchs monopolize most of a country’s wealth and power” were removed, as was the description of Russian President Vladimir V. Putin as a leader with “no global worldview.”

For Mr. Chernikov, the omission of Russia’s invasion of his country was particularly stinging. “People who perished in eastern Ukraine are buried 150 meters away from where I live,” he said in a phone interview from his home in Ivano-Frankivsk. “What I am worried about here is that the authoritarian regime has implemented itself in Russia in full.”

Following the outcry, Mr. Harari, in an interview, tried to explain what happened.

He agreed to omit the mentions of Mr. Putin’s announcement about Russia’s 2014 annexation of Crimea, he said, seeing it as a necessary compromise to make the book available to Russian readers.

Still, he was troubled to learn of other changes that he had not approved. For example, in the original book’s dedication, Mr. Harari references his husband, noting that “I only know how to write books. He does everything else.” But in the Russian translation, “husband” was changed to “partner.”

“If that’s true, I’m really furious,” he said. “I’m openly gay. I go around the world speaking about it.” 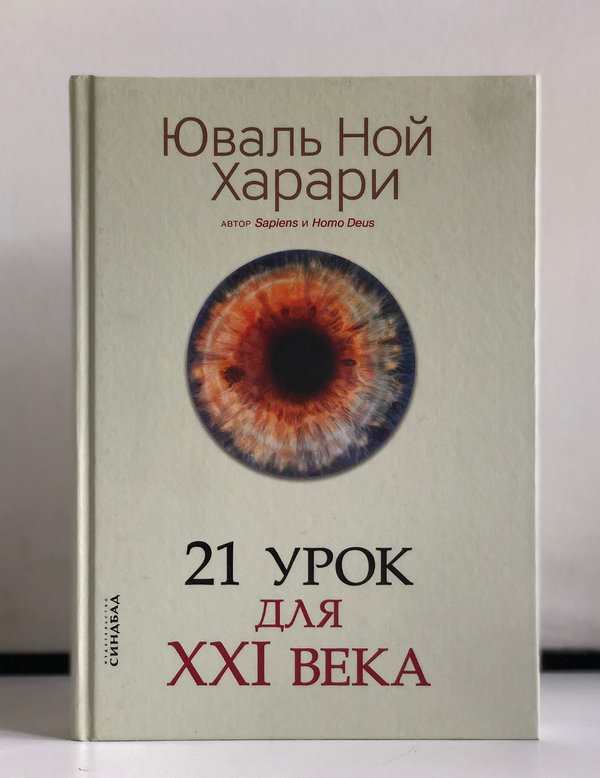 Mr. Harari also was surprised to learn that his description of Russian aggression in Crimea in other sections of the book had been altered. He said he would contact his Russian publisher to object to the changes that he didn’t authorize, and he worries that the attention the book is drawing could increase scrutiny.

The Russian publisher, Sindbad, declined to comment, saying that its main editor is away from Moscow and will be unavailable for several weeks.

Mr. Harari, an Israeli historian and philosopher, rose to prominence with the English translation of his 2014 best seller, “Sapiens: A Brief History of Humankind.” He followed up with a sequel, “Homo Deus: A Brief History of Tomorrow” and then published “21 Lessons for the 21st Century,” a collection of essays that explores the technological and political problems humanity must solve in the coming decades. In a review for The New York Times Book Review, Bill Gates called the book “fascinating” and praised Harari for sparking “a crucial global conversation about how to take on the problems of the 21st century.”

Mr. Harari’s works are published in more than 50 languages, and he holds world rights to his books, which allows him to approve or decline requests for translation rights.

Foreign publishers often make changes when translating books, typically to make them more accessible to readers in other countries or languages. Publishers sometimes censor sensitive material without notifying the authors, who don’t discover the changes until readers point them out.

Andrew Solomon was infuriated to learn that the Chinese translation of his 2001 book about depression, “The Noonday Demon,” left out his references to being gay, despite a provision in his contract stating that he had approval over any changes from the original. He only learned of the changes after PEN, a free-speech organization, checked the translations against the originals of several books as part of a report on Chinese censorship.

“The dishonesty of the publisher was as troubling as the censorship,” Mr. Solomon said. He’s since rescinded translation rights from that company and sold them to another publisher in China that will release an unexpurgated edition.

Although censorship has been declared illegal in Russia, the situation with Mr. Harari’s book reminded many of Soviet-era methods. For instance, Ernest Hemingway’s “For Whom the Bell Tolls” was published for the first time in 1968 with at least 20 cuts, according to Russian researchers. More recently, “Rocketman,” a movie released earlier this year based on the life of Elton John, had gay scenes cut from the Russian version, according to film critics.

Mr. Harari said that in general, he is in favor of making changes in order to reach a global audience, as long as those changes don’t undermine the substance of his arguments. “We are living in a more complicated reality, and it’s important to reach people in nondemocratic societies,” he said. “And for that you have to make compromises.”

Yet some reform advocates see such compromises as a setback. Natalia Arno, the president and founder of the nonprofit Free Russia Foundation, said she felt it was hypocritical of Mr. Harari to write about “post-truth” and information manipulation, then omit his reference to disinformation coming from the Kremlin.

She added that he was wrong to think that the only way to reach Russian readers was to alter the book when bootleg translations of banned books and articles are common. “If this book was prohibited in Russia,” she said, “many more Russians would read it.”

The Body Keeps Score. So Does This Memoir.