Literary translators have come up with plenty of analogies for their trade. Some compare it to acting, others to performing in a chamber ensemble.

Jhumpa Lahiri opted for a more visceral description in “In Other Words,” the first book she wrote in Italian. English was “a hairy, smelly teenager” menacing her nascent Italian, she wrote, which she cradled “like a newborn.”

That book traces her self-imposed linguistic exile: In 2012, she and her family moved to Rome so she could pursue a decades-long interest in the language. She gave up English for years, reading and writing almost exclusively in Italian. Before the book’s 2016 release in English, Lahiri passed the translation to Ann Goldstein, who handled the English editions of Elena Ferrante’s Neapolitan quartet, fearful that translating her own work would contaminate her Italian.

Five years later and living back in the United States, Lahiri has resolved those doubts. Knopf next week will release her new novel, “Whereabouts,” which Lahiri published in Italian in 2018 as “Dove Mi Trovo” and translated herself.

It is the first book Knopf will publish that was translated by its own author. But that step wasn’t a given.

“I was just convinced that the book couldn’t be in English, because I didn’t know where in me it had come from,” Lahiri said over video from Princeton, N.J., where she is the director of the university’s creative writing program. Presenting a book in Italy, “there’s a more formal engagement with the text,” she said. “In a sense, your book is exposed to more rigorous public reading.”

The thought initially terrified her, but at the same time, “it was one of the things that inspired me to learn Italian, because I wanted to be able to speak about my work in Italian. I wanted to have these conversations in Italian,” Lahiri, 53, said. “That was like the final challenge.”

That critical reception, and leaving plenty of time after the book’s initial publication, was essential before starting the English version. She had approached a translator, Frederika Randall, about the project, thinking they would collaborate in its final stages. But once Lahiri reviewed Randall’s early drafts, and saw that “the book could be in English,” she decided, “Maybe I can do this.”

Fans of the intimacy and detail of Lahiri’s earlier work, such as “The Namesake” and “The Lowland,” may be surprised by “Whereabouts.” Lahiri was born in London to Bengali parents, moved to the United States at a young age and grew up in South Kingstown, R.I. Many of her stories draw on her heritage and the persistent feelings of being an outsider or between identities. The former Times critic Michiko Kakutani, reviewing Lahiri’s Pulitzer Prize-winning debut, “Interpreter of Maladies,” called the characters’ experiences an “index of a more existential sense of dislocation.” 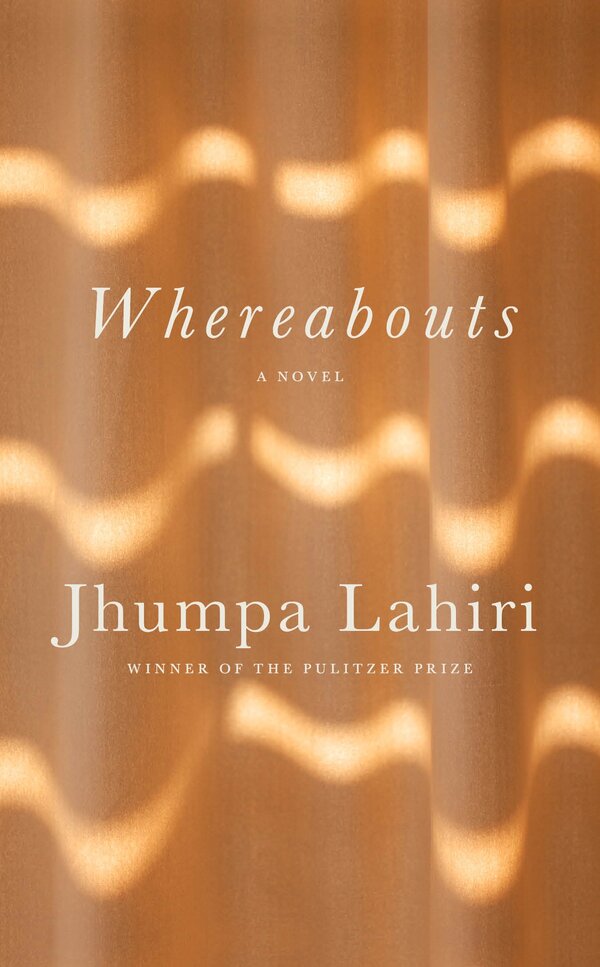 “Whereabouts,” in contrast, is an austere, virtually plotless book. Its unnamed narrator is a solitary Roman woman — though Rome is never mentioned — who recounts her few excursions in brief chapters. Lahiri offers readers glimpses of the woman at the pool (“In that container of clear water lacking life or current I see the same people with whom, for whatever reason, I feel a connection”), herded unexpectedly into a guided tour (“I’m caught in the charade, I play a part in it, albeit as an extra”), eating a sandwich in a playground (“As I eat it, my body bakes in the sun that pours down on my neighborhood, each bite, feeling sacred, reminds me that I’m not forsaken”).

Other characters appear — her therapist, her mother, a friend — yet the interactions reinforce the narrator’s isolation. “Solitude: It’s become my trade,” she tells herself.

Alessandro Giammei, an assistant professor of Italian at Bryn Mawr and a former colleague of Lahiri’s, was an early reader of both the Italian and English versions. In “Dove Mi Trovo,” he was struck by the elegance of the language and the precision of Lahiri’s word choices. “You cannot read this book without moving your mouth in Italian,” he said.

“The incredible detail of her observational writing that is classic Jhumpa Lahiri is not in ‘Whereabouts,’” Giammei said. If, in English, Lahiri is an eye, he added, “in Italian, she’s an ear.”

Lahiri began drafting “Whereabouts” in 2015, after the Italian version of “In Other Words” had been released. It began as a series of sketches, scenes she’d jot down in a notebook. By the time she could see them coming together in a book, she had moved to the United States for the job at Princeton, but she returned frequently to Rome, writing more sequences with each visit.

“The Italian was like a faucet back then,” she said. “It would only work when I was there.”

Apart from her own writing — “Whereabouts” is the third book she composed in Italian, following “In Other Words” and “The Clothing of Books,” published in 2016 — Lahiri kept busy with other translations and editing projects. She has translated two novels by an acclaimed contemporary writer, Domenico Starnone, one of which was a finalist for a National Book Award, and has a third set for release in the fall. Dismayed by the lack of quality translations of some of her favorite Italian writers, she edited and contributed translations to a volume of collected short stories. Several of those selections, including stories by Elsa Morante and Fabrizia Ramondino, had never before appeared in English.

“Translation, to me, is metamorphosis,” Lahiri said. “It is a kind of radical re-creation of the work, because you are recreating the language to allow that work to be reborn.”

She, too, is changing, and readers can feel a shift in her work. Sara Antonelli, a professor of American literature at Università Roma Tre and a friend of Lahiri’s, had read her books in English. But reading her in Italian, “I had the impression that I was reading another author,” she said. “It seemed that the imagination was different, the shape of the sentences, too.”

Lahiri is not the first American writer to live and write in Rome: Henry James, Nathaniel Hawthorne, Ralph Ellison and Margaret Fuller were all expatriates there for a time. But aside from Lahiri, Antonelli wrote in an email, “not one of them found a home, a new home, in the Italian language.”

Readers in Italy appreciate Lahiri’s devotion to the language and have become protective of her as one of their own. At her book events, “nobody ever asks Jhumpa, ‘Why Italian?,’” Giammei said, and some readers have even worried over her return to America and English-language writing.

“Translation, paradoxically, is making it definitive,” he added, as if Lahiri is declaring, “Now that I put myself in the position of translating my own stuff, I really am an Italian writer.”

The past year has been a generative time for Lahiri, who has four books in various stages of completion. One is a poetry collection that she wrote in Italian — a first for her. “I never wrote poems before, I’ve never written poems in English,” she said. “It’s like I went to sleep and came back to the laboratory, and all of this stuff was pouring out of the beakers.”

She will likely continue to be asked what she gets out of writing in Italian, and whether she will ever return to English. (Some critics, reviewing “In Other Words,” expressed their hope that she would.) “People try to look for reasons, which is normal, to try to understand or determine some kind of plan or design. But I didn’t have one. I never thought I would do any of this,” Lahiri said. With Italian, it’s as if “I’ve been handed this huge ring of new keys somehow.”

Antonelli, as a literary critic and scholar, still has questions she’s never broached with her friend. “What was missing or absent in the English language that compelled her to make this transition? And what did a Bengali-American find so liberating, so regenerating, in Rome and the Italian language?”

When the questions are relayed to Lahiri, her reply is simple.

I just wish Hitler could hear the cheering!