Home » Books » Wilbur Smith: Why am I still writing at 88? To find out what happens next! 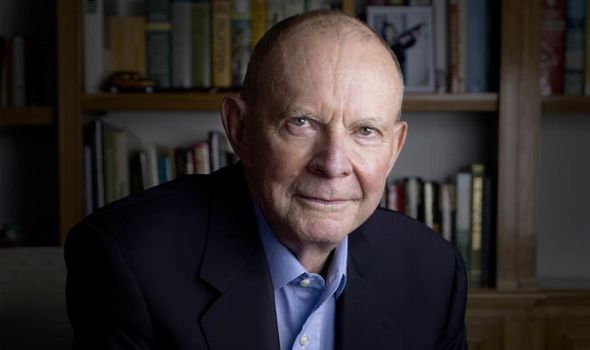 If they are sometimes derided as “airport thrillers” by literary critics, I doubt he cares. Together, they have sold upwards of 120 million copies and made their author a multimillionaire (he even owned a private island in the Seychelles for 15 years). “Every time I’ve felt the nervous excitement of starting a novel, I’ve looked up to that mountain to seek comfort and inspiration,” says Smith, 88, whose new novel is out today. “Cape Town is wonderful in the summer. The cool waters from the Antarctic provide a blessed breeze that flows from the valley up to the foothills where we live. It feels like heaven to me.”

Not that he appears to need much inspiration, if his prolific output over the past 60 years is anything to go by. Born in Northern Rhodesia, now Zambia, the son of a British colonialist, Smith initially worked on his father’s cattle ranch.

An avid reader, he wanted to become a writer but reluctantly became an accountant after his father told him to get a “real job”.

The love of books began very early on.

“When I got into bed every night as a boy on our ranch, my mother would read me a bedtime story. Before long I was reading on my own, starting with Biggles and Just William,” he recalls. “Pretty soon I moved on to the novels of C.S. Forester and John Buchan. From then onwards I always had a well-thumbed book in my pocket. H. Rider Haggard’s King Solomon’s Mines was a favourite with its proximity of death, the danger, the heroism and the savagery of my continent.

“My mother also introduced me to Kipling. I became so enamoured with him and particularly his poem, that she crocheted it and hung it in place of a crucifix above my bed.”

But despite his love for Kipling – now persona non grata in some woke quarters for writing about the British Empire – Smith was no colonialist. After a spell in the Rhodesian police force, he left the country so as not to “perpetuate injustices” of the regime. 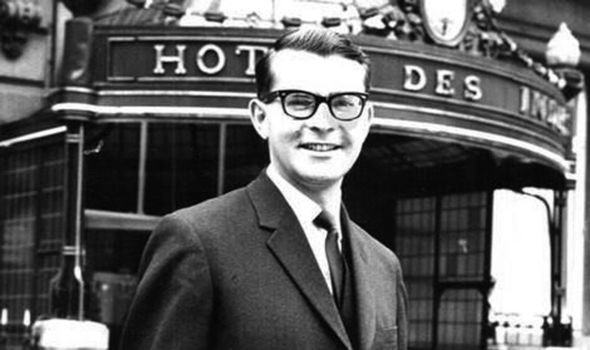 Today, however, he pointedly declines to join the current vogue for Empire-bashing. “My father did the best with what he could, as a British immigrant to Africa, staking out a claim to make a better life for himself,” he says.

“He understood then, as I do now, that the world keeps changing and evolving. Every age has its own heroes and ways of looking at the world in comparison to what has come before. It’s not something for me to judge.”

Pressed for his view on campaigns like Rhodes Must Fall, aimed at removing statues of “imperialist” British politician Cecil Rhodes in Cape Town and Oriel College, Oxford, and the current fashion for Winston Churchill-bashing, Smith adds: “I’m wise enough to write about events long after they’ve had time to cool and crystallise – I’d be a fool to enter the arena of political punditry. That’s a job for the thought-leaders on Twitter!”

And as for the occasional criticisms of his own portrayal of Africa that have arisen over the years, he is unconcerned: “Everyone has their opinions and I’ve been doing this long enough to see different winds prevail at different times. The work will last and will be judged by those that want to judge it. I’m proud of who I am and the stories I’ve told.”

Despite having now racked up millions of readers, Smith’s was not an easy journey. By the age of 25, penniless and estranged from his first wife, his father’s criticisms that his “obsession with books was unnatural and unhealthy” seemed to be proving true. 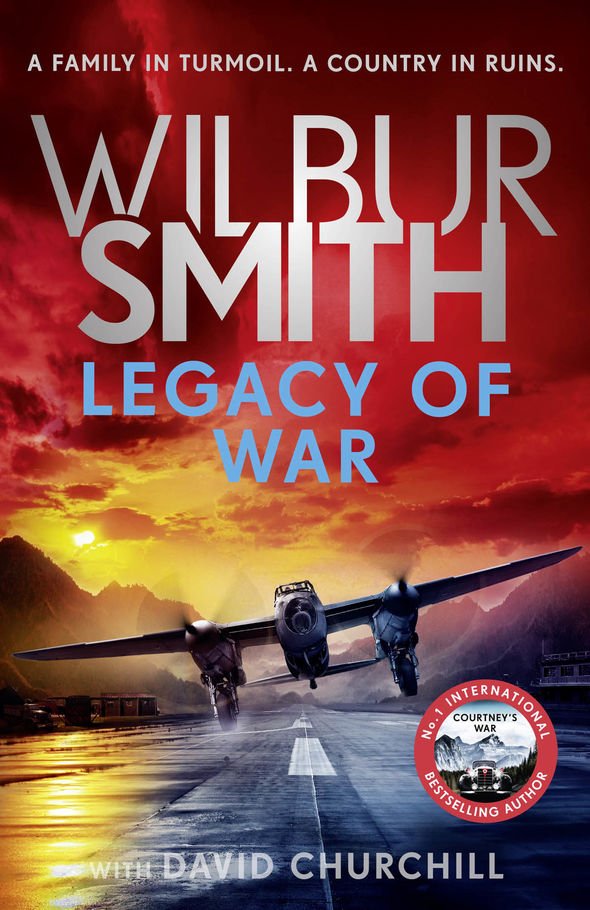 “I was forced to become a secret reader,” he says. “So he was not amused when I defied his wishes and became a writer instead of an accountant.

“My first novel attracted a literary agent in London but was turned down by every publisher it was sent to. That hurt. I was divorced, a father, broke and alone with only my dreams to keep me company.”

Still, he stuck to his guns and by the time he reached 40 had made his first million.

“I wrote When The Lion Feeds on the stationery from the revenue office where I worked. Once it was accepted for publication I never looked back.” And his father? “His view of the starving writer changed after I became an international bestseller.”

That first book, published in 1964, introduced the Courtney family, whose exploits would carry through a series of 17 novels ranging from the 1660s until modern times.

His new book, Legacy Of War, is the 18th in the saga, set in the aftermath of the Second World War, featuring the Courtney family hunting down a Nazi war criminal in Africa.

“It features one of my favourite and strongest creations, Saffron Courtney. I’m supposed to love all my characters equally, but Saffron really has a hold over me,” smiles Smith. It is clear his age and the global Covid lockdown has done little to dent his work or life. 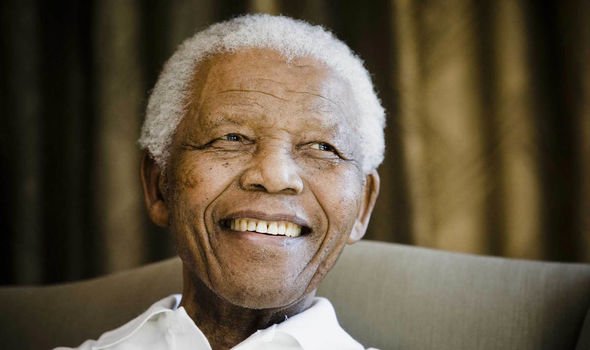 “I’ve been having lunch with my wife, Niso, every day since we met in 1999 so it would take a lot more than a pandemic to change that,” he says.

“Niso feels more cooped up than me but it’s always been this way. She prefers the excitement and anonymity of London and I’ve always preferred the solitude of Africa.

“South Africa locked down hard and even banned the sale of alcohol to prevent people making poor social distancing decisions. But in my Garden of Eden, I’ve been happy stuck at home, living in my imagination where my characters greet me as old friends; I’m able to raise an army, have adventures and love affairs without getting into trouble.”

But why in his ninth decade and having won countless awards does Smith feel the need to keep writing? “To see what happens next,” he laughs.

“The fictional Courtneys were based on the folklore I gleaned from my grandfather, Courtney James Smith, who was the most fascinating storyteller. He experienced Africa before the turn of the 20th century.

“Since then, the Courtneys and my other characters have created their own lives on the page. My fans keep asking me about certain characters and it gets me thinking about what happened to them. The only way to find out is to tell their story.”

He adds: “My first publisher, Charles Pick, warned me I wouldn’t be a real writer until I had at least 10 books under my belt. He tricked me! I loved that man and he saw in me something that I couldn’t see in myself. And he pushed me to be who I am now.”

It’s clear his fourth wife, Niso, 38 years his junior (they met in a WHSmith in London and married in May 2000), played a role in his decision to keep going.

“When I announced to Niso that I wanted to retire back in 2010 she challenged me. ‘What are you?’ she demanded. ‘I’m a writer,’ I said. ‘Then writers write, don’t they?’

“If you can make it work, being a writer is a great lifestyle as you can work forever if you have the will and imagination.

“Working with co-authors has allowed me to step back and explore my stories while giving an opportunity to younger authors to share the stage.”

His collaborations – including with David Churchill for the new novel – have left Smith with enough material to keep the publishing machine rolling until 2030 and beyond.

“We begin by reading the original work from my backlist which serves as the Bible for what we want to achieve,” he explains. “Then we work on an outline together. When I feel that’s exciting, they start their work under my supervision, then when the book is delivered I take over to make it my own. It’s made my fans happy.” 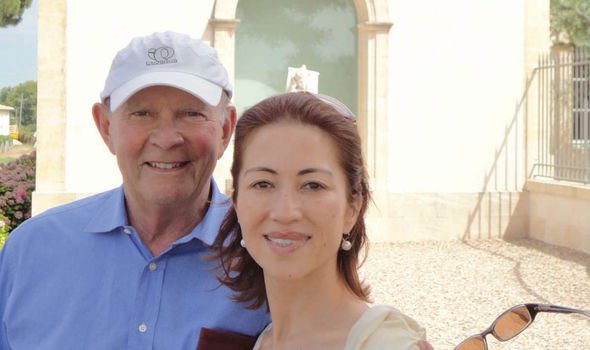 His work has even reached the younger generation – who he describes as “the warriors of our age”.

“My first series for children, Cloudburst and Thunderbolt, look at the horrors of the exploitation of the African landscape by foreign nationals and what brave, conscientious children are willing to do to protect the environment.”

Smith counts the late Nelson Mandela as one of his heroes. The country has not enjoyed smooth sailing in recent years. But he remains positive about the future.

“Yes, of course, because the people of South Africa are the most resilient and positive people in the world. I love this country and all the many colours of our rainbow.

“Commenting on Africa as a continent is impossible. It’s the cradle of humanity and a treasure chest of humanity. Africa is maturing and becoming one of the fastest growing marketplaces in the world.

“It has a lot of catching up to do in terms of living standards but I remain optimistic about the people and their resourcefulness.”

Legacy Of War by Wilbur Smith (Zaffre, £20) is published today.

For free UK delivery, call Express Bookshop on 01872 562310 or order via expressbookshop.co.uk

The right type for a murderous spree

Harpo Marx, South Carolina’s Voting History and Other Letters to the Editor