There’s a particularly poignant scene in “Stormy Weather” (1943), one of the great all-black musicals made during the studio era, in which the bandleader Cab Calloway has his orchestra play the title song before a crowd of nightclub patrons. The curtain opens on Lena Horne, dressed in a diaphanous gown, standing at an onstage window. Her back is to the audience, but as she begins to sing she turns and faces the camera. Over the course of the next few minutes, viewers are treated to Horne’s song inside the nightclub, then brought out onto the street, where a troupe of dancers perform on an exterior set, then to a third set, more of a dreamscape, where the dancer Katherine Dunham performs a solo number, and finally back to Horne.

“This is how musicals work,” Jeanine Basinger explains early on in “The Movie Musical!,” her exquisitely detailed, loving history of the genre. “Establish a real place, go into musical performance that is easy to understand (performer in nightclub) and progress into the abstract, taking the viewer along.” 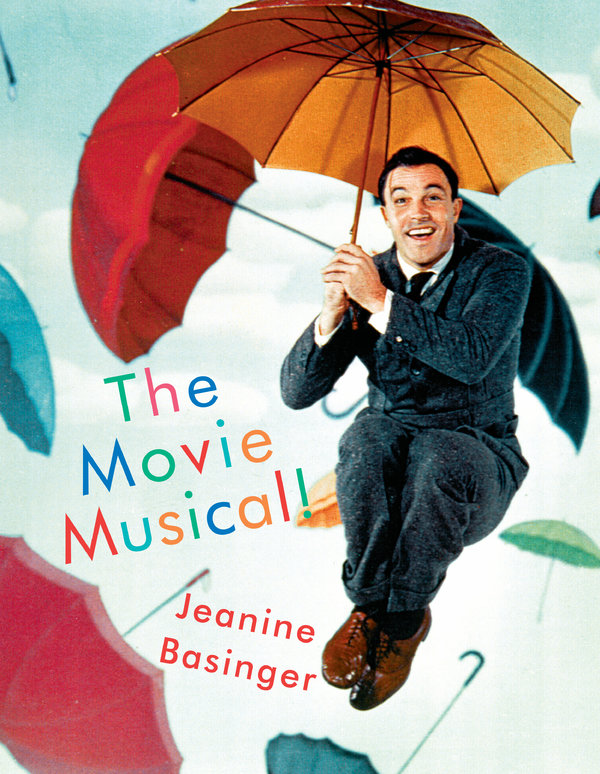 For Basinger, one of the most acclaimed film historians of her generation, the movie musical is no mere object of study. Rather, it embodies a personal journey of sorts, beginning with childhood. In the opening pages of her sprawling chronicle, she describes how she was essentially raised on musicals from the moment she first encountered a tuxedo-clad Fred Astaire and his dance partner, Ginger Rogers, dressed in a full-length white sequin gown, gliding across the black Bakelite floor of an empty nightclub in “Swing Time” (1936). That legendary film, made the year Basinger was born, left an indelible impression on her as a young girl, already a budding cinephile, when she tagged along with her oldest sister to catch a revival screening in her Midwestern hometown during World War II.

The story Basinger goes on to tell, propelled by equal measures of deep insight and breezy anecdote, spans the nine decades that stretch from “The Jazz Singer” (1927) through “La La Land” (2016), pointing to the complexity and diversity of a genre that is often thought to be merely light, escapist fare. Along the way, “The Movie Musical!” includes many cinematic touchstones: Paul Robeson belting out “Ol’ Man River” in the 1936 version of “Show Boat”; Elvis’s swivel-hipped title number in “Jailhouse Rock” (1957); Judy Garland’s “Over the Rainbow,” the most popular theme song ever, in “The Wizard of Oz” (1939); and Gene Kelly’s iconic “puddle splash” in “Singin’ in the Rain” (1952). She further tracks the enduring popularity of the musical biopic, whether the subject is Billie Holiday or Freddie Mercury, as well as the equally successful and long history of animated musicals stretching from “Snow White and the Seven Dwarfs” (1937) to “Frozen” (2013). Finally, she draws ample attention to the extraordinary innovations that have gone into making song and dance cinematic, contributed by the likes of Busby Berkeley, Bob Fosse and many others.

Although she includes a few examples from the international arena — a passing glance at the films of Jacques Demy, a terse footnote for the wildly popular musicals of Bollywood — Basinger makes it clear that Hollywood occupies center stage for her when it comes to the movie musical. She conceives of it, at its core, as “an original American art form,” and so her book is principally concerned with the remarkable success and durability of movies made on the major American studio backlots and soundstages, “with a touch of larceny, a jolt of energy and a lot of razzmatazz … glorious nonsense that somehow captured the heart and the mind.”

By far the most substantial part of the book — which could stand as a work of its own — is a section titled “Stars and Strategies” that runs over 300 pages. Basinger, whose previous books include “Silent Stars” and “The Star Machine,” has a great deal to say about Hollywood’s leading men and ladies, as well as the studio executives, producers, directors and choreographers who helped promote their careers. She retraces the many steps that led to the enormous appeal of Bing Crosby, while also accounting for the box-office bounty of the so-called Fox Blondes, including Betty Grable and Marilyn Monroe. She looks at such inspired pairings as Shirley Temple and Bill “Bojangles” Robinson, who appeared together in four features, and casts her eye on the smash hits produced by the Arthur Freed unit at MGM (“clang, clang, clang went the trolley”) and the seemingly endless string of charmed Rodgers and Hammerstein adaptations (“Oklahoma!,” “South Pacific” and “The Sound of Music,” among others).

On occasion, Basinger serves as an advocate for films that have either done poorly at the box office or been pilloried by critics. One is the 1983 musical adaptation of Isaac Bashevis Singer’s “Yentl, the Yeshiva Boy,” produced, directed, co-written and starred in by Barbra Streisand. “‘Yentl’ is a film about a woman,” Basinger asserts, “made by a woman and starring a woman which has been unjustly criticized and neglected.” Even though she clearly has her personal biases — she finds, for instance, that a movie poster of the radiant Ingrid Bergman in “Casablanca,” used as a prop in “La La Land,” outshines the actual actors in the later film — she isn’t afraid of trumpeting overlooked films like the iconoclastic “Idlewild” (2006), co-starring André 3000 and Big Boi of the hip-hop duo Outkast.

Basinger’s exuberant style — the exclamation mark in her title almost seems to declare the book a kindred spirit to “Oklahoma!” — coupled with her dry wit, is hard to resist. Her writing zips along with the same razzle-dazzle she so loves in the movies she discusses, while the sumptuous selection of photographs included in the book offers the perfect visual counterpart. Whatever reservations she may harbor about certain recent movie musicals, Basinger has not lost her faith. “Who today can outsmart the old musical?” she asks, inviting a challenge. “Who wants to try?” The heart of this book lies in her answer: “Someone, I hope.”