John Connolly is a prolific and successful Irish crime writer. He has written 18 novels about his anti-hero, Charlie Parker, and he has won many awards for his books. So what is he doing writing about Stan Laurel, the put-upon smaller half of the immortal comic duo of the black-and-white era, Laurel and Hardy?

It’s not such a departure as it seems. Connolly’s Parker novels are driven by two things: grief and loss, and male friendship. 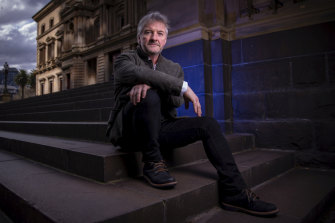 John Connolly was spurred to write about Stan Laurel when he a friend told him he had once owned one of Laurel’s hats.Credit:Wayne Taylor

Connolly says the more he learned about Laurel and Oliver Hardy, who have been part of his life since he was a child, the more they seemed to exemplify so many of those themes. The result is He, a literary novel written from the point of view of Laurel.

He was prompted by a friend who had met Laurel, who first went from Britain to the United States in 1912 in a vaudeville troupe that included Charlie Chaplin, and had owned one of his hats. But what really fascinated Connolly was how gradually Laurel’s orbit came close to that of Hardy – known as Babe – as the years went by.

"Stan Laurel was going to be a star, he was going to be like Chaplin, like Buster Keaton, solo stars. But it never happened for him and I think it took a long time for him to accept that and to accept just how important Oliver Hardy was to him. There’s something quite beautiful about that gradual realisation, so that by the time Hardy dies (eight years before Laurel) he says not only would he not work, but he won’t do any appearances that require him to sit on a chair or on stage or have a camera pointed at him and have people aware that there’s an absence beside him." 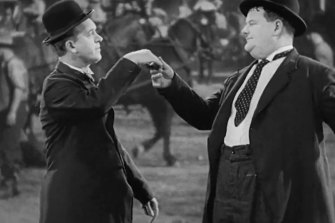 Would you care to dance? Stan Laurel (left) and Oliver Hardy trip the not-so-light fantastic in Way Out West. Credit:

The relationship between the two is harmonious, unlike other comedy partnerships and their own tumultuous relationships with women – Laurel was a serial monogamist who was married five times, twice to the same woman, and he had a long-term mistress.

Connolly sees it as a love story between two men. "That’s why the core centre of the book is the filming of Way Out West and this idea they will dance together. It’s a famous sequences and the two dance imperfectly, they make mistakes. It’s a lovely metaphor of what they do: these two men somehow manage to produce something quite lovely and graceful out of this strange mismatch."

Connolly doesn’t think it odd that crime writers should write a literary novel. But he concedes that the traffic on that road is usually in the other direction. 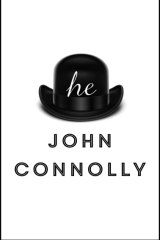 He. By John Connolly.

"Literary writers will occasionally dabble in genre fiction, particularly mystery fiction, because it has as sort of intellectual respectability. They do come in slightly apologetically as if this is all a bit beneath them and they are perceived to be bringing something extra to it that wasn’t there before. But there isn’t the same perception of genre writers moving into literary fiction; it’s almost like you’re muddying the pond.

"I have never seen the distinction between them. There’s a line in He that says every creative endeavour should aspire to the condition of art. That’s me not Stan Laurel, although I think he believed that."

John Connolly is a guest at Melbourne Writers Festival. mwf.com.au

Stephanie Yeboah on the importance of body positivity for Black women