Home » Books » Where Does Our Consciousness Overlap With an Octopus’s?

One of my earliest (and beloved) memories of elementary school science class involved a bunch of us fourth graders being tasked with collecting pond water to examine under a microscope. We sloshed cupfuls from a field across from the school, brought it back to our little tables and carefully used a dropper to transfer the pond water to a microscope slide. I can still remember the oohs and ahhs of my classmates when our slides finally spun into focus: What first looked like just a cloudy drop was actually teeming with hundreds of tiny animals.

After all the splashing and giggling stopped, the takeaway was that these organisms helped show how we are all part of an ecosystem, no matter our size. It is this same spirit of astonishment with which I hungrily read the pages of the professor and scuba diver Peter Godfrey-Smith’s newest book, “Metazoa: Animal Life and the Birth of the Mind.”

Animals are classified as either protozoan (one-celled organisms like amoebas) or metazoans. In colloquial terms, humans are technically considered metazoans because their body is made of multiple cells that form various tissues and organs, but most scientists use this word to refer to animals that aren’t human: fish, birds, amphibians, reptiles and other mammals.

What makes this book shimmer and shine is Godfrey-Smith’s exploration of marine life (drawing on his vast and extensive diving knowledge and field experience) to illuminate the ways in which the animal mind works — and the thoughts and experiences that give it shape. 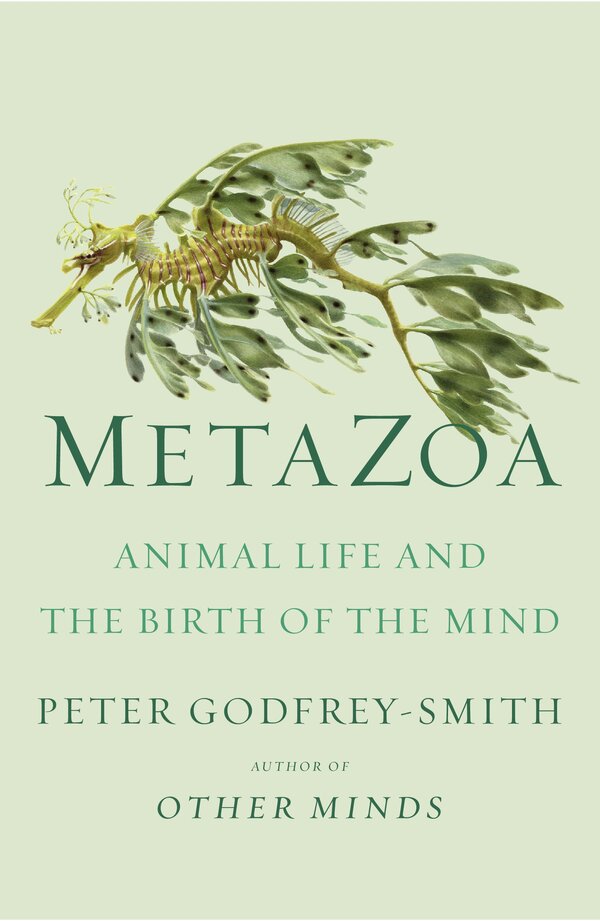 Godfrey-Smith, who is also the author of “Other Minds,” tries to answer some thoroughly fascinating questions about what connects us to animals. He does this in vivid and scenic prose that, as he puts it, “approaches the puzzles of mind and body by exploring the nature of life, the history of animals, and the different ways of being an animal that surround us now.”

The book is filled with riveting anecdotes and research, interspersed with charming and informative illustrations of various time periods such as the Ordovician (when plants first arrive on land) so we can imagine just for a moment what a sampling of inhabitants during that period looked like. We discover there the Orthoceras, a straight-shelled cephalopod, an armored fish and a sea lily. The whole book is a rather winning combination of not once ever making readers feel as if they are being lectured to; rather, it is the sensation of joining a wise, ever-patient friend on a time-traveling tour of the cognitive experiences of animals.

Take, for example, the author’s pause over finding a one-armed shrimp during one of his dives. As Godfrey-Smith describes it: “Eighteen limbs and protrusions … a body like a Swiss Army knife.” In spite of missing a claw and being surrounded by bigger, mightier animals such as mollusks and sharks — “in the land of the limbless, the one-armed shrimp is king.” And yet, when compared with the octopus, which “can grasp and manipulate just about anything — as well as doubling the length of its arms or flattening itself like a pancake,” the limits of the arthropod become quite clear. Then there’s the (new to me) knowledge that the dolphins we know were once land mammals returned to the sea, distantly related to the hippopotamus. And it’s hard not to be amused by the mind-boggling learning ability of archerfish, which acquire — simply by watching other archerfish — the ability to knock out flying insects by blasting them with a squirt of water until their prey plummets into the water in time for dinner.

Godfrey-Smith has an elegant and exacting way of urging along our curiosity by sharing his own questions about animal cognizance and the ability of some animals, like rats and cuttlefish, to “meander, drift off and dream.” But perhaps the most enthralling part of this book is the author’s experiences diving at famous sites now affectionately called Octopolis and Octlantis, just off the coast of eastern Australia where several octopuses live, hunt, fight and make more octopuses.

It’s an experience that demands we consider the very real possibility that an octopus, an animal already regarded as one of the most complex in the animal kingdom, is a being with multiple selves. A breathtaking explanation follows, and it’s one that makes even a cephalopod fan like me swoon over the myriad possibilities for rethinking the mind as a sort of hidden realm for sentience.

Godfrey-Smith declares, “The world is fuller, more replete with experience than many people have countenanced,” and after reading this book, I can’t help feeling as if whole beings have come into sharp focus just as they did on my first look into a microscope all those years ago. “Metazoa” brings an extraordinary and astute look at our own mind’s essential link to the animal world.