Home » Books » What Happens When Everyone Is Writing the Same Book You Are? 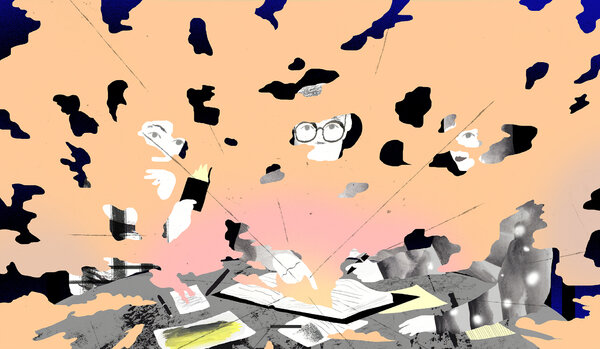 It was as if the story were floating in the air, waiting to be rediscovered. And by coincidence, a handful of writers came across it at the same time.

The story was true: In the waning days of the Ottoman Empire, a British expedition set out for Jerusalem to find the ark of the covenant, only to fail, spectacularly, in 1911, in an eruption of political turmoil and religious animosity.

The leader of this failed treasure hunt was a tall, slim British man named Montagu Brownlow Parker. Known as “Monty,” he was my great-great-uncle.

Monty died in 1962, years before I was born. He was a bachelor who lived well, traveled far, spent freely and left the contents of his will to a married woman: That was nearly everything I knew of him. All my family had left of his adventure in Jerusalem was a black box of papers telling a captivating tale.

The expedition grew out of an encounter between Monty and an eccentric Finnish scholar, Valter Juvelius, who claimed he had identified ciphers in the Old Testament that showed where the ark was hidden in Jerusalem. He wanted to go and find it; Monty, a veteran of the Boer War and a son of a wealthy politician, had the connections and credibility to make it happen.

It was late 1908, and that summer’s Young Turk Revolution had injected a new spirit of liberalization across the Ottoman Empire, which controlled much of what was then Palestine. Monty gathered investors, permissions and a team, and in 1909 the “Parker expedition” started digging in Jerusalem for the ark, a holy relic whose value — immeasurable — Monty promised to split with the Ottoman government.

After two years, finding little, the team grew impatient. Monty bribed officials for access to a more promising location: the Haram al-Sharif, or Temple Mount, a site sacred in Islam, Judaism and Christianity. There, the team started to excavate secretly at night, opening up a tunnel that led right underneath the Dome of the Rock.

How POSH is your nosh? What you eat still defines your class

Geek who brought chaos to the financial world