Home » Books » WHAT BOOK would Susannah Constantine take to a desert island?

WHAT BOOK would fashion guru and writer Susannah Constantine take to a desert island?

A Little Life by Hanya Yanagihara, a traumatic tale of male friendship. By turns uplifting and unspeakably harrowing, the writing is exquisite.

Just when you think things can’t get any worse for Jude, the protagonist, they do. The abuse he suffers as a child continues to violate and scar him in adulthood.

He believes himself to be unworthy of love and is unable to tell a living soul of past trauma because he thinks they will be disgusted by him. But his friends, although ignorant of the boy he was, can see his damage both physical and psychological, yet accept him as he is.

It’s certainly a book that needs a caution. You have to be in a secure place to take it on but the rewards are worth it. 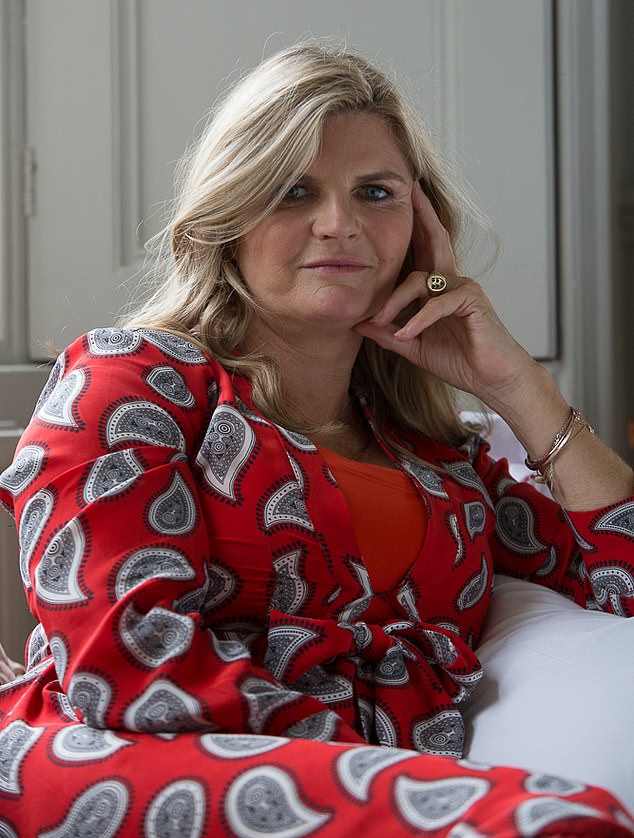 Susannah Constantine (pictured) revealed that she would take WinterDance: The Fine Madness Of Alaskan Dog Racing by Gary Paulsen to a desert island

I would take this tale of fortitude and resilience, set in the icy climes of Alaska, as a reminder that seasons change.

I first read Winterdance before a trip I undertook with my son to the Arctic. It involved a 300-mile expedition across snow and ice on sleds.

We each had a team of five huskies and travelled up to 60 miles a day. Like Gary, we quickly learned that driving a team of dogs involves more than just being pulled along while admiring the majestic scenery.

Winterdance chronicles one man’s journey from moral and spiritual poverty to salvation through surviving the elements. It is the ultimate story of man and beast relying on each other to complete an epic journey that makes climbing Mount Everest seem like a trek in the Pennines.

The reader gets to know the characteristics and foibles of his 12 companions, to appreciate that real and life-saving bonds can be forged with dogs, and that our will to survive is the most powerful tool we have.

Enid Blyton for adventure, The Lion, The Witch And The Wardrobe for the snowy setting and The Hobbit to escape into a world of fantasy. As a child I was a voracious reader and have never looked back.

Having never formally studied writing, I have no doubt that constant reading gave me the desire and ability to write myself.

The Grapes Of Wrath. So much misery and despair, then more misery and despair. I could have said Of Mice And Men here, but I hated Grapes more. I will rewrite the book in one sentence: The Dust Bowl and Great Depression super sucked for everyone, but especially Great Plains farmers. The End.

Summer In Mayfair by Susannah Constantine is out now (HQ £8.99).