Home » Books » Turning Pages: When is the right age to read the right book?

When is the best time in your life to read a certain book? When you're ready for it. But how are you supposed to know, and are the recommendations always right for you?

This depends so much on the state of the individual reader. What I've learned is that there is such a thing as reading a book too early. I groaned over boring old Charles Dickens at school, and only came to appreciate him much later. 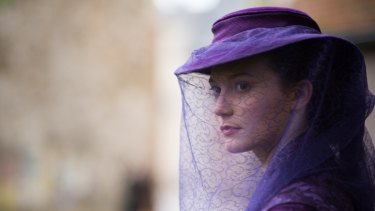 Emma Bovary and Lolita appeared to me to be totally different creatures when I rediscovered them decades after first reading about their exploits in my teens. What, Emma wasn't the romantic heroine I'd remembered? And Lolita wasn't the spoilt, precocious brat? Depths of meaning opened up to me as I realised I'd only skimmed the surface before.

The Washington Post book reviewers have come up with an intriguing list of books they reckon people should read at every age, from one to 100, complete with little comments and photos of all the happy readers. It's a mix of classic and recent titles, serious and fun, with an understandable bias towards American books, and it's well worth a look – particularly if you're stuck for an idea for a birthday present.

You're probably going to argue with their choices, but that's part of the pleasure of it. For example, why no children's classics? But I can't disagree when it comes to The Very Hungry Caterpillar for one-year-olds, or Harry Potter and the Sorcerer's Stone for eight-year-olds, or Jane Eyre for 16-year-olds, absolutely the ideal age for this book. "Nobody understands you and your terribly unfair life," says The Post. "Reader, you are not alone."

Throughout there's an emphasis on books that will help us to understand, to endure and perhaps to heal at different stages of life. (The joy of just reading a great story doesn't really come up, though of course it's there all the time). Sometimes the little comments are quite wry: I like how at age 24, we're told to read Atlas Shrugged by Ayn Rand: "Marvel at the profundity of its objectivist themes – then, in a few years, marvel at your naivete." What about sex? Better not start too early – reading about it, that is. Alex Comfort's classic The Joy of Sex is recommended for 30-year-olds. And 50-year-olds are told to spice things up with E.L. James' Fifty Shades of Grey. 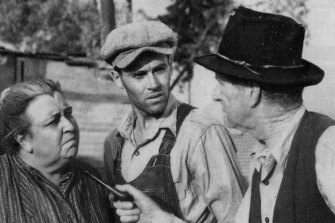 The 30s are seen as the parenting decade, so the list reflects this, and not just in terms of practical advice. At 32 we're advised to read John Steinbeck's The Grapes of Wrath: "This high school English-class staple is even more devastating when read from the perspective of a parent – or anyone old enough to be one."

Where the list gets really interesting is down the far end. Apparently as we get older, we are increasingly interested in books about retirement, ageing, death and dying. Who knew? It also appears we are more receptive to books of wisdom and philosophy about life and the whole darn thing. But it's not all so heavy.

At 67, apparently we finally have time to read Don Quixote. At 78, we get the messages in a children's book, Charlotte's Web. At 83, we can catch up on all the thrillers and mysteries we've missed.

We're told that 95 is the best age to tackle Elena Ferrante's Neapolitan novels. And if we make it to 100, what better book to read than one by someone who wrote it at the same age, Herman Wouk's Sailor and Fiddler: Reflections of a 100-year-old Author.

The women who call the midwife, then bite her!

A Landmark Reckoning With America’s Racial Past and Present