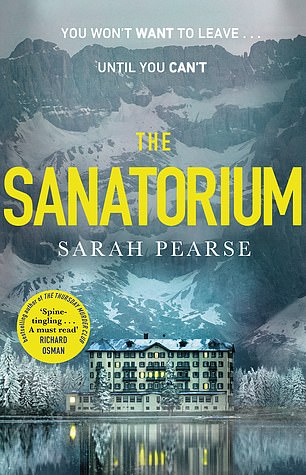 This menacing, creepy debut focuses on a young female detective from Devon who attends her younger brother’s engagement party in an abandoned sanatorium now transformed into an ultra-chic hotel high in the Swiss Alps.

It’s the last place DS Elin Warner wants to be, as she and her brother have not been close since a family tragedy years ago, but she feels obliged.

No sooner has she arrived, however, than a vast storm surrounds the isolated hotel. The following morning, her brother’s fiancée disappears without a trace. The longer she stays missing the more the other storm-trapped guests start to panic. Then a body is discovered and another woman vanishes.

Slowly the dark secrets hidden in the sinister building emerge from the shadows. There are echoes of Hitchcock and du Maurier, but Pearse has her own distinctive, emotional voice — one to be admired. 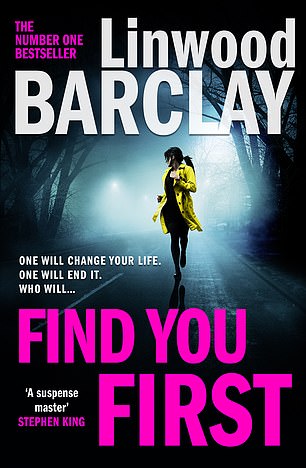 A fast-moving, high concept thriller from the talented Barclay sees tech multi-millionaire Miles Cookson, a fit man of 42, diagnosed with Huntington’s chorea, a terminal brain disease that will render him unable to think clearly before it kills him.

Cookson has never married so there are no children to leave his wealth to. But 20 years ago he donated sperm at a fertility clinic, so he decides to track down any children born to split his inheritance between them.

Meanwhile, mysterious financier Jeremy Pritkin, who has impressive political and social connections but less savoury appetites, especially for young girls, embarks on a mission to erase all trace of Miles’s children. So begins a race against time with Cookson determined to do the right thing, and Pritkin the wrong. It is a rip-roaring rollercoaster of a ride. 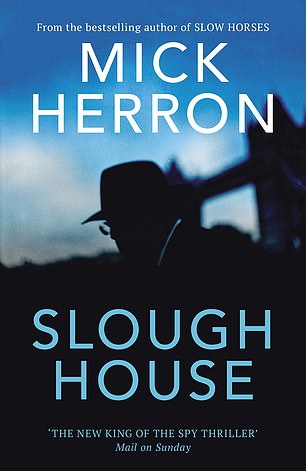 The slow horses of the secret service — men and women whose spying careers are ranked as failures, led by the grumpy Jackson Lamb — seem to be under threat.

The mainstream service is determined to erase them from history and, more worryingly, some fall victim to fatal accidents. Meanwhile, the mainstream are focusing on a response to the novichok poisoning of a British citizen on home soil in the wake of a spineless response from Her Majesty’s Government.

In the seventh story in this series, Herron beautifully describes the lives of the spies with a past but no future who are left to confront those who believe they have a future but can ignore the past — while all the time Jackson Lamb broods over the coils of the story like the spymaster he truly is.

It’s no surprise the books are soon to become a television series starring Gary Oldman as Lamb.

Jia Tolentino on Life With the Internet