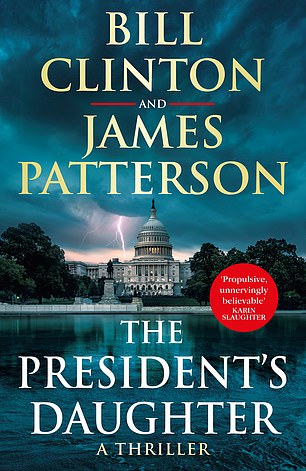 This second collaboration between the 42nd U.S. President and one of the most successful thriller writers is even better than their first, not least because the central characters are more nuanced.

Matt Keating is a former Navy SEAL who became President almost by accident, only to lose the race to run for a second term. Now, almost two years into his retirement and with his wife away, the Keatings’ only child, teenage daughter Mel, is kidnapped by a ruthless terrorist with whom the President crossed swords when he was in power.

The kidnapper blames Keating for killing his family in a clandestine operation.

Without the support of the woman who beat him to his party’s nomination, Keating uses his SEAL training to take matters into his own hands.

A rattling rollercoaster of a thriller, with a distinctly feisty President’s daughter

Written by a bookseller- turned-flight attendant, this compelling debut was composed while her passengers were asleep on red-eye flights across the U.S.

Her hero, Bill Hoffman, is a pilot flying non-stop from LA to New York when his wife Carrie and their two children are taken hostage by a gunman. The instructions to Hoffman are simple — crash the plane and your family will live, fail and they will die.

Determined to save not only his family but also the 143 passengers on board, Hoffman has to outwit the hostage taker.

He’s helped by his cabin crew of three, but there are snags along the way, not least the fact that the hostage-taker has an unidentified accomplice on the plane.

With characters you’ll root for and a plot that dips and bounces like a plane hitting turbulence, this thrill ride is impossible to put down. 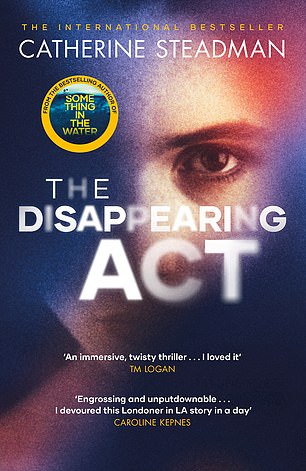 The third novel from the Downtown Abbey actress underlines what a fresh voice she brings to thrillers.

London actress Mia Eliot is about to get a BAFTA for her performance as Jane Eyre when her agent sends her to LA to capitalise on her rising status. Never having been to Hollywood before, Mia is entranced and, at an audition, meets a fellow actress, New Yorker Emily, who goes there most years in search of her big break.

Mysteriously, Emily then goes missing, with Mia the last person to have seen her. Then someone turns up claiming to be Emily, but is nothing like the woman Mia remembers.

The echoes of another Brit in Hollywood, Alfred Hitchcock, are clear, but Steadman adds crackling insights into the Tinsel Town world of illusion, as well as a twisty plot full of deceptions that Hitchcock would have loved.

A Novel of Infidelity and the Art World, on a Crowded Canvas

Winds of Winter: George RR Martin made THIS decision ‘very late into A Dance with Dragons’