Translated by Eric M. B. Becker 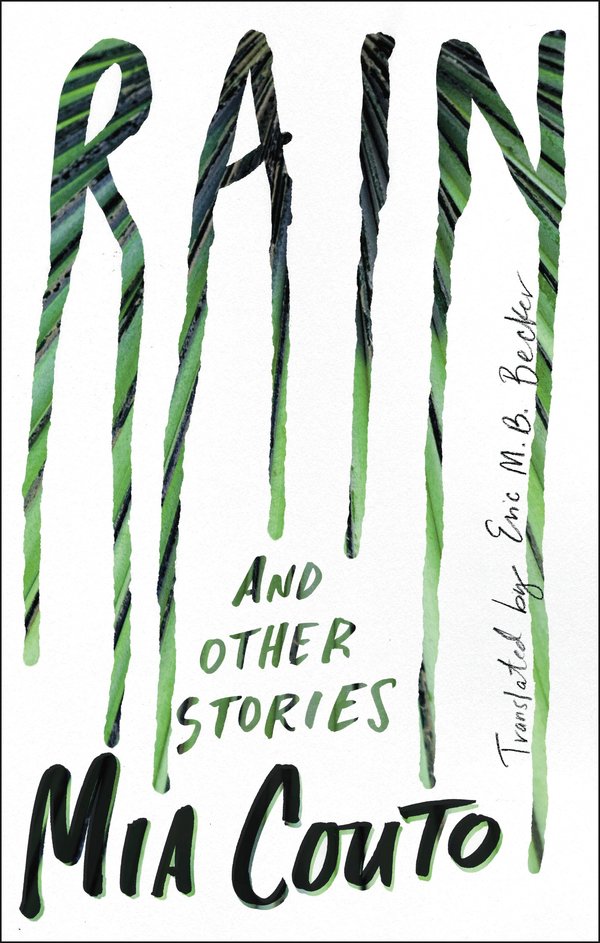 Couto’s collection of 26 very short stories came to him “between the banks of anguish and hope,” in the aftermath of Mozambique’s civil war. “I thought all that was left was ashes, hollow ruins,” he writes in a prefatory note to the collection. But Couto’s stories counter this fear of barrenness, pinpointing kernels of possibility that hide “in the most inaccessible parts of us, in the space where violence could not strike, where barbarism could not enter.” Couto’s interest is in the imaginative potential beneath the conflict, where a seed survives as “a dream to inseminate time.” Many of his characters are, as he writes of a grandfather in one story, “perpetually enraptured by the novelty of living.” In Couto’s universe, a “luster of fantasy” persists through the armed conflict. A miner’s daughter starts humming during military explosions, “defanging that moment pregnant with disaster.” A blind man salivates with longing to see the details of the world around him; his guide crochets a fabulist reality with “fine-lacery” before being sent off to war. Tales cite facts from news in the paper or on the radio; as Couto writes, “every truth aspires to be a tale.” He peers into worlds split open. In one, an asthmatic girl despairs, wondering whether her lover left her or, rather, “fell into one of these pits war opens in the earth.” In another, a quarrel between two clowns devolves into terror and massacre. A third finds a futurist oracle algebraically predicting the day of someone’s death. Couto’s characters are “witnesses to the transition from the tragedy of war to the misery of peace.” Becker’s intricate translation uses wonderful almost-words to recreate Couto’s illusory and playful sentences. A hopeful rainfall becomes a “water of benedreamtion”; the grandfather rows a boat “lazurely”; after a drought, characters “intirrigated ourselves” — concoctions precise enough to capture the writing’s mythical, trancelike quality. Couto’s stories depict how, during the silence and darkness of the war, “the earth protected, intact, its voices.” “Rain” offers a glimpse beneath Mozambique, where the old man Felizbento smokes “his old pipe in peace. As he waits for a capitalized and definitive Peace.” After the war, the rain falls again.

THE SUN ON MY HEAD 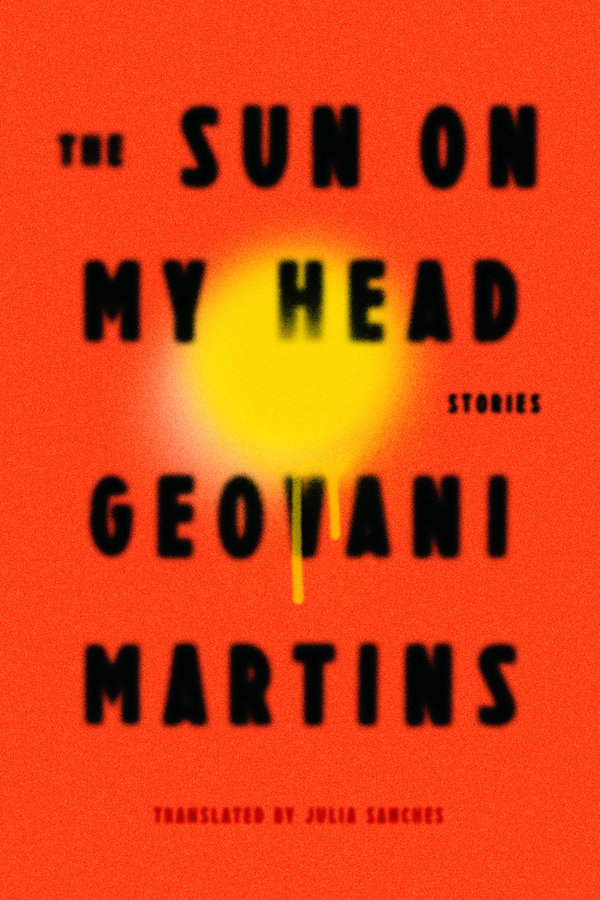 In Rio de Janeiro, a 9-year-old boy gingerly rescues a butterfly from the oil in a frying pan while his grandmother naps through a telenovela in the next room. Martins’s debut collection anatomizes the cadence of growing up in Rio’s favelas; his characters, mostly young men, are “filled with nostalgia, pride, want.” Like the author himself, they come of age in these favelas, places where men earn respect “the moment they prove their heart pumps cold,” as one character puts it. Martins’s stories evoke the languor and adrenaline of 13 lives; the stories take place on buses and beaches and in alleys full of “cachaça-drinking drunks, the stoners, the believers.” He cultivates a sense of place in the slums beyond their oft-chronicled violence and danger — the “drugs and fear” around them. These stories conjure the accumulation of experience that molds the young men, charting their synthesis of resignation and defiance. “It wasn’t the first and wouldn’t be the last time somebody pointed a weapon at me,” one remarks after the police rob him at gunpoint. He rolls a joint the size of the “finger of God.” Martins captures the interiority of those who “know that on the street no one can really see us. Our pain, our addictions, our vexations — it’s all too distant.” A character serves tennis balls to people who won’t look in his eyes. Resentment accrues in the moments when he listens to them complain about their maids and their English lessons. Stories and conversation are often forms of respite. A blind man rattles coins in a Guaravita cup, knowing his job is to “touch bus passengers’ hearts” by reciting the story of his vanished father and dead mother. Another character runs from a thug on a motorbike with an AK-47 strapped to his chest, and thinks to himself, “Someday I’ll write this story.” Sometimes Martins’s candor lets him veer into the world of cliché, as when one character wonders whether his teenage friendships will survive adult life: “Was the hard truth of the matter that we’re born and die alone, and never share our inner life with another being?” But Martins’s voice is more often purely buoyant. Watching his friend swim in the ocean, one character remarks, “I’ve always found it beautiful to watch his body in the throes of freedom.” 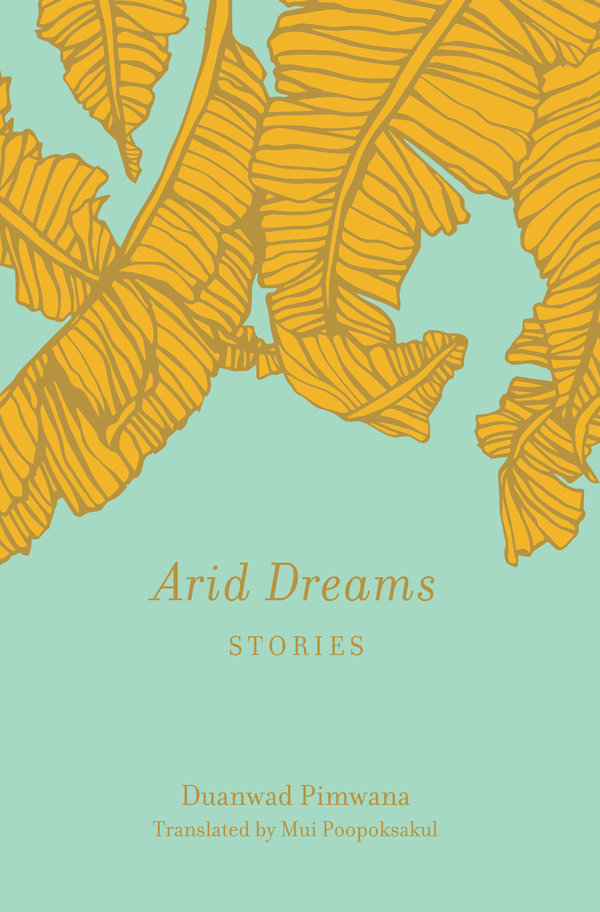 Pimwana traces the inner lives of characters whose dreams fester in working-class eastern Thailand. Across these subtle stories of social realism, desire is the infrastructure for everyday life. In one story, “The Second Book,” Boonsong’s childhood memories remind him of “a dream he’d had back then, a dream that had fallen by the wayside.” Decades later, resigned to hopelessness, he reasons that “if I could successfully follow through on this dream that had been left unresolved, I would go back and start pursuing my current dream once again.” Pimwana’s characters are often reconciled to their circumstances, yet simultaneously envision for themselves a universe whose conditions seem less bleak. Confined to an elevator — imprisoned in “a coffin for the living” — its attendant lets his mind wander to the monsoon season of his youth, the thrills and letdowns of his prosaic life, like a hot day whose conditions made it “so easy for abject thoughts to plant themselves in people’s minds.” Pimwana also cleverly exposes the torment of imposed gender roles and their sprawling effect on characters’ psyches. While her powerful politician husband lies mangled in a hospital bed, the woman in “Within These Walls” considers for the first time “whether my true self can only exist if he’s absent from my life.” Until she thinks her husband might die, “I’d never asked myself whether or not I liked the way we lived.” And in “Wood Children,” Mala feels she is “simply living out the days” of her marriage. She assiduously carves figures of children out of wood when she can’t conceive a child of her own. Despite their aspirations, Pimwana’s characters usually languish and remain unchanged. Her stories elucidate moral choices made against the backdrop of seemingly prosaic events. In one story, a man finds a sum of money and waits for its rightful owner to come retrieve it. He desperately wants the bills’ proprietor to come back — not to take the cash, but to confirm a shared sense of latent optimism, because “the choice to do something almost hopeless has to be made by those who refuse to abandon hope entirely.”

Antonia Hitchens has written for The New Yorker, where she was formerly on the editorial staff.

Megan Rapinoe Has a Lot More to Say