Last year, after Penguin Random House shut down the literary imprint Spiegel & Grau, the veteran editors Cindy Spiegel and Julie Grau pondered what to do next.

Splitting up was never something they considered. Ms. Spiegel and Ms. Grau have worked together for the past 25 years, first as founding editors and publishers of Riverhead Books, where they helped launch the careers of writers like Khaled Hosseini, James McBride and Gary Shteyngart, and later, at their eponymous imprint, where they published pivotal works by Ta-Nehisi Coates, Barbara Demick and Yuval Noah Harari.

Other publishers were eager to recruit them. Instead, they decided to revive Spiegel & Grau on their own.

This week, Ms. Spiegel and Ms. Grau announced that they are back in business — this time, as an independent publishing house with a much broader definition of what publishing entails.

In its revamped form, Spiegel & Grau will produce 15 to 20 books a year, as well as original audiobooks and podcasts. It will also work on television and film adaptations and already has signed a first-look deal with Amazon Studios to develop projects from its titles. It is also working with the podcasting company Lemonada Media on original audio content and has a forthcoming podcast, “Believe Her,” a narrative account of a domestic violence case that was reported by the journalist Justine van der Leun. The company’s first book, Catherine Raven’s memoir about her friendship with a wild fox in Montana, is due out in July.

Though books will be at the center of the enterprise, they plan to experiment with publishing across different mediums — perhaps releasing a project as a podcast first, then a book, or developing a book, audio and screen adaptation simultaneously.

“That was appealing to us, to have something that was boundary-free, so that we could pursue that entrepreneurial instinct without being hemmed in,” Ms. Grau said.

The resurrection of Spiegel & Grau comes at a moment of growing consolidation and homogenization in the publishing industry. After a wave of mergers in the last decade, the biggest houses are increasingly dependent on blockbuster titles and often plow more of their marketing and publicity budgets into books and authors with built-in audiences. Some in the industry worry that there are dwindling opportunities for new writers and that debut and midlist authors may get passed over.

Those anxieties have been heightened with the news that Penguin Random House, the largest of the country’s five biggest publishing companies, plans to acquire its rival Simon & Schuster, creating a megapublisher.

In a literary landscape dominated by the biggest players, Ms. Spiegel and Ms. Grau are among a handful of well-known editors who are rejecting the corporate publishing model and instead starting their own companies. 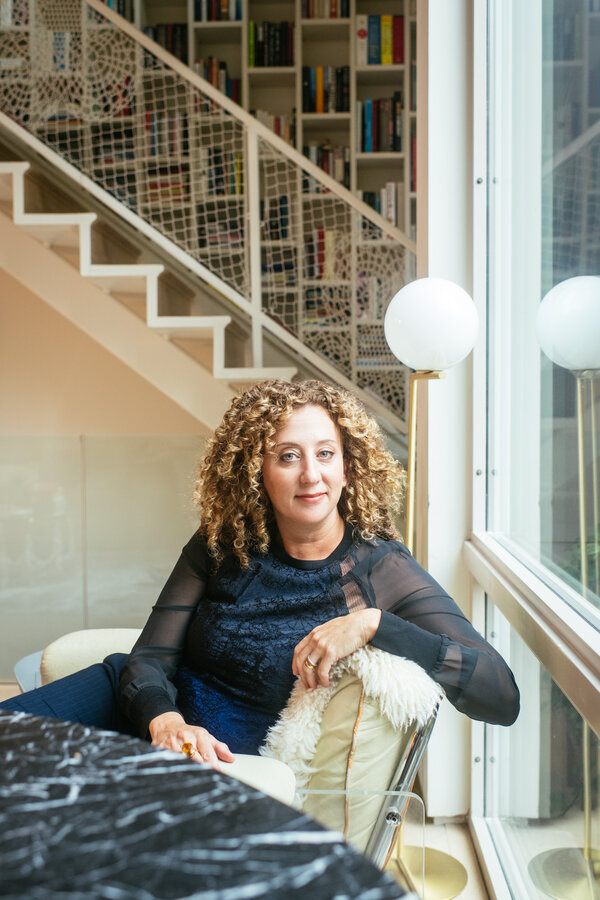 In October, Molly Stern, who was formerly the publisher of Crown but left after Penguin Random House merged the Crown and Random House publishing divisions, started her own publishing house. The company, Zando, is experimenting with new ways to market books directly to consumers, by teaming up with high-profile people, companies and brands.

By forming their own businesses, Ms. Spiegel and Ms. Grau, as well as Ms. Stern, are all now chief executives in an industry that is still dominated at the top by men. Of the five largest publishing companies in the United States, just one has a woman as its chief executive, Madeline McIntosh at Penguin Random House.

Launching a company in 2020 is daring, even for two veterans. But in some ways, it’s an opportune time to introduce a new publishing model. While many creative industries have been devastated by the coronavirus epidemic and shutdown, book sales are up. Print sales have risen nearly 8 percent over last year, according to NPD BookScan. Revenues for digital books and downloaded audio are up by double digits.

Some executives say that the mergers among major publishers have created a void where independent companies can thrive, by investing in books and authors their corporate counterparts see as too niche or unproven.

Richard Pine, a literary agent at Inkwell Management, said Spiegel & Grau could become an attractive home for books that might not grab the attention of the biggest houses.

“They’re the kinds of creative minds who are not looking for the same thing as every other publisher,” he said. “They are refugees from the biggest publishing company in the world who have been afforded an opportunity to do things differently.”

Spiegel & Grau was in a way a casualty of corporate streamlining. Founded in 2005 at Random House, the imprint became an incubator for offbeat hits, with breakout books like Sara Gruen’s “At the Water’s Edge,” Jay-Z’s “Decoded,” Trevor Noah’s “Born a Crime,” Ta-Nehisi Coates’s “Between the World and Me,” and Piper Kerman’s “Orange Is the New Black.” But not long after the merger of Crown and Random House, the imprint was shut down.

Even before that happened, Ms. Spiegel and Ms. Grau felt it had become harder to get support for books that didn’t fit the best-seller mold. “It became increasingly difficult to break out books that weren’t of a recognizable genre,” Ms. Spiegel said.

When they decided to resurrect their imprint as a stand-alone business, they contacted several independent publishers for advice, including Morgan Entrekin at Grove Atlantic, Dennis Johnson and Valerie Merians at Melville House Books, and Michael Reynolds at Europa Editions. All were encouraging. “It’s great to have diversity in the landscape; it’s healthy for the discourse and it’s good for writers,” Mr. Entrekin said.

Ms. Spiegel and Ms. Grau have lined up financial backers, including William R. Hearst III and the Emerson Collective, the organization founded by the billionaire Laurene Powell Jobs.

They also drew on their industry connections and recruited partners who could help navigate aspects of the business they never had to worry about before, like printing and distribution. As part of their founding team, they brought on Amy Metsch, who was formerly associate publisher and editorial director at Penguin Random House Audio, to lead Spiegel & Grau’s audio division; Liza Wachter, who co-founded the RWSG Literary Agency, to head Spiegel & Grau’s TV and film efforts; and Jacqueline Fischetti, who will be the company’s chief operating officer, and recently worked as the executive director of international content development for Penguin Random House.

Writers who have worked with the pair over the years are enthusiastic about the revival of Spiegel & Grau. The comedian Chelsea Handler, whose 2019 book “Life Will Be the Death of Me,” was edited by Ms. Grau, said she hopes to work with Spiegel & Grau on a future project.

“I think it’s the perfect vehicle,” Ms. Handler said of the new company. “They really have their fingers on the pulse of when authors have something different to say.”

Ms. Spiegel and Ms. Grau said that while they’re breaking out on their own, the revamped business also feels familiar.

“It feels new,” Ms. Spiegel said, “but it also feels so old, because we’ve been working together forever.”

The scourge of Muphry’s Law

Booker Prize 2020: Who is nominated for the prize? Hilary Mantel among names – FULL LIST