Home » Books » The Unseen Worlds Beneath Us: Places of Beauty, Danger and Wisdom

You know a book has entered your bloodstream when the ground beneath your feet, once viewed as bedrock, suddenly becomes a roof to unknown worlds below. The British writer Robert Macfarlane has written such a book. “Underland: A Deep Time Journey” is an epic exploration and examination of darkness and the caverns underground that have captured our imaginations, pulled us downward, housed our dead and allowed us to bury our most violent secrets. It is also a descent into the beauty where dark wisdom is located.

Macfarlane divides his explorations into three sections, or “chambers,” devoted to “Seeing,” “Hiding” and “Haunting.” As he moves through them, he will take us to ancient barrows in Britain’s Mendip Hills, the understory of the Epping Forest and a physics lab investigating “dark matter” from deep within a coastal Yorkshire mine. He will guide us through underground rivers in Italy and show us the pictographs known as “the red dancers” found in Norwegian sea caves.

Macfarlane homes in on “something seemingly paradoxical: that darkness might be a medium of vision, and that descent may be a movement toward revelation rather than deprivation.” Night vision becomes an essential strategy for survival in the Anthropocene, the new epoch we find ourselves in, which registers the human press on the planet as a geologic force. “For more than 15 years now,” Macfarlane explains, “I have been writing about the relationships between landscape and the human heart. What began as a wish to solve a personal mystery — why I was so drawn to mountains as a young man that I was, at times, ready to die for love of them — has unfolded into a project of deep-mapping.”

If writing books is a form of making maps to guide us through new intellectual territory, Macfarlane is a cartographer of the first order. His literary geography includes previous books like “The Old Ways” and “The Wild Places,” as well as “Landmarks,” a powerful retrieval of lost words analogous to lost worlds in wild nature. Macfarlane’s writing is muscular, meticulously researched and lyrical, placing him in the lineage of Peter Matthiessen, Gretel Ehrlich and Barry Lopez. What distinguishes his work is his beginner’s mind, his lack of self-consciousness, his physical pursuit of unlearning what he has been taught by received information. He stands solidly inside a younger generation’s fierce sense of betrayal, having witnessed how “wealth levitates and poverty sinks.”

[ Read our profile of Robert Macfarlane. ]

In the Slovenian highlands, Macfarlane and a companion “race the storm.” On that day, the danger is from thunder and lightning, but the larger storm is climate change, with its shrinking glaciers and melting ice. It’s the loss of biodiversity and our inflated sense of self, our pursuit of human exceptionalism at the expense of earth’s other life-forms. A report from the United Nations recently announced that a million plant and animal species are at risk of extinction. We are the cause of this, and if we care enough and are serious enough to tackle this impending tragedy, we may achieve a different outcome. 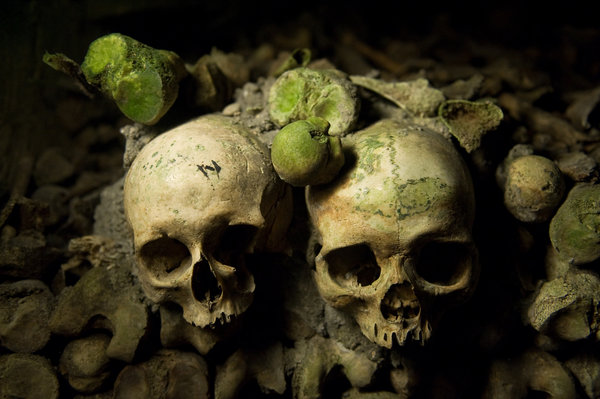 One of the most affecting illustrations of our malign influence appears in the middle of Macfarlane’s book. Here we meet a Norwegian cod fisherman named Bjornar Nicolaisen, who tells Macfarlane that he has four pets, “two cats and two sea eagles.” We learn that he is also an activist fighting for his people, who make their livelihood in these northern waters. “To me the land does not stop when it dips into the ocean,” Nicolaisen tells Macfarlane. “‘It’s the knowledge about what is under the surface that for all times has kept these coastal people and this coast alive. And,’ he continues, jabbing his forefinger repeatedly into the chart. … ‘Here in some of the finest fishing grounds in the Arctic, here is where they were sonic blasting, testing for oil, here is where those idiots want to place the rigs.’”

In 1971, oil production was initiated southwest of the Norwegian continental shelf, creating an “oil rush” in Norway. The country’s economy was saturated with oil, creating “a national sovereign wealth fund,” Macfarlane explains, “of more than three-quarters of a trillion pounds, equivalent to around £150,000 per citizen.” With the escalation of fossil fuel development, there is now a fight for “the soul of Norway.” Nicolaisen became a leader of the resistance. And this time the resistance won, which meant the oil development stopped — at least temporarily.

In a characteristic flourish, Macfarlane braids Nicolaisen’s tales of water and oil into Edgar Allan Poe’s story “A Descent Into the Maelstrom.” It could not be more timely. “Such structures captivate us,” Macfarlane writes. “Their victims are trapped before they are even aware they have been caught.” Poe’s story speaks “in part of the mid-19th-century dreams of the ‘oceans of oil’ that were imagined to exist under the earth.” And now “our modern species-history is one of remorselessly accelerated extraction, accompanied by compensatory small acts of preservation and elegiac songs. We have now drilled some 30 million miles of tunnel and borehole in our hunt for resources, truly riddling our planet into a hollow Earth.”

“Underland” is a book of dares. Macfarlane dares to go deep into earth’s unseen world and illuminate what we not only shy away from but what we don’t even know exists. In a chapter called “Invisible Cities,” he dares to follow a fearless shape-shifter of a guide into the catacombs of Paris, where in 1786 the city began “evacuating” its cemeteries, transferring the remains of more than six million corpses into a maze of tunnels and rooms dug out of the limestone. Macfarlane joins a party of catacomb aficionados who forgo sunlight for days, wading in flooded tunnels, coming face to face with hundreds of skulls lining the cold chalky walls. They sleep in a niche lit by tea-candles “in each of the eye sockets” of the carved monkeys who keep watch over the bones. Stuck in a narrow vein of stone, they pull their packs along, attached to their toes, as they flatten their bodies, inching their way forward and praying for an opening. Claustrophobic by nature, I became sickened by Macfarlane’s description: “I can feel the stone around me, the stone that encases me, the stone that is measuring me up like a coffin, starting to vibrate.” Thankfully, with a quick turn of the page, I found him released from the tunnel, in a chamber with a group of artists and musicians sitting down to a table set with fresh fruit, baguettes and Brie.

This is just one aspect of the book’s mesmerizing kaleidoscope of provocative encounters, many of which are tethered to the terror and surreal nature of a post-human world. Macfarlane labors in uncertainty and loves the big questions. Chapter titles like “The Understorey,” “Starless Rivers” and “Meltwater” hint at their subjects: the collaborative intelligence of fungi as a network of entanglements; the danger of being carried away by underground torrents; the seduction of turquoise waters slicing through the retreating glaciers as the “ice left language beached.”

Sweeping journeys across the globe like “Underland” and Barry Lopez’s recent masterpiece, “Horizon,” may one day be seen as unthinkable extravagances, the paradox of privilege that has allowed us to fly wherever we wish and bear witness to the endgame of life as we have known it, before it disappears. There is a morality here that each of us must face on our plundered planet. Macfarlane confesses to being haunted by a vision shared by the Saami people of the Arctic, who see the underland “as a perfect inversion of the human realm,” so that “the dead and the living are standing sole to sole.”

What does it mean to be human at a time when we’re struggling with the nature of our humanity, when the world as we thought we knew it is fluid and not fixed? “Underland” is a portal of light in dark times. I needed this book of beauty below to balance the pain we’re witnessing aboveground. Macfarlane reminds us of Walter Benjamin’s belief that one must “make some sign to the world one is leaving.” How, Macfarlane asks, do we reckon with the fact that “over a quarter of a million tons of high-level nuclear waste in need of final storage is presently thought to exist globally, with around 12,000 tons being added to the figure annually?” How do we communicate danger to future generations, how to let them know that these spent rods of uranium are not to be touched for tens of thousands of years? Robert Macfarlane asks us not only to consider but to face the haunting and crucial question: “Are we being good ancestors?”

Terry Tempest Williams is writer in residence at the Harvard Divinity School. Her latest book, “Erosion: Essays of Undoing,” will be published this fall.

NEW YEAR, NEW READS: A sneak preview of the novels to devour in 2023