Home » Books » The Receipts Podcast: 'Men talk about sex openly – why can't we?' 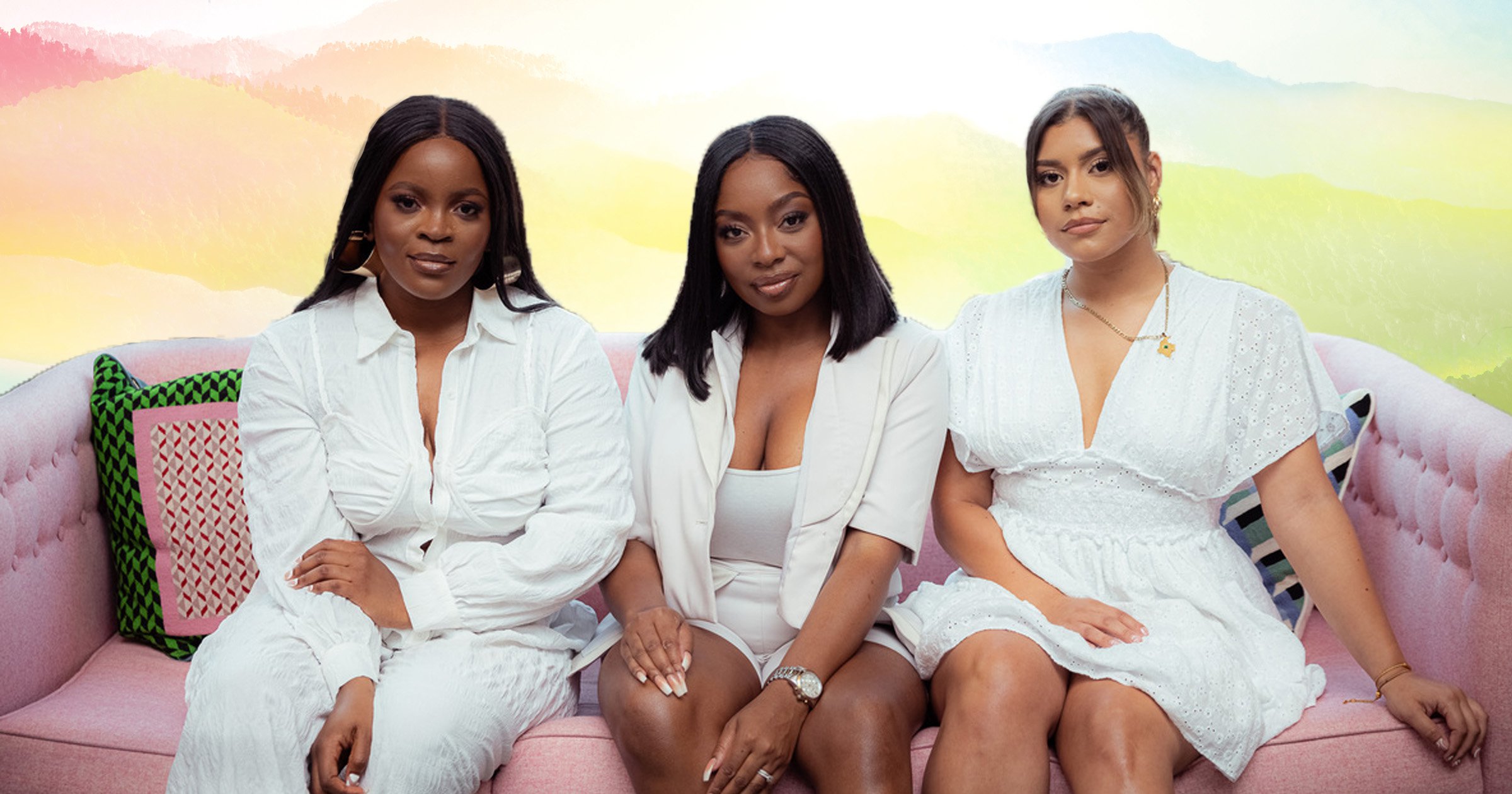 The trio behind The Receipts podcast were terrified when they first started talking openly about sex on their platform.

‘That episode came out, it was the complete opposite. I was so surprised.’

Their agony aunt style podcast tapped into public consciousness and created a space for women to speak honestly, and in great detail, about sex, relationships and everything that comes with it.

Hosts Tolani Shoneye, Audrey Indome and Milena Sanchez say it is like a ‘girls’ group chat come to life’ – nothing is off the table.

‘There are not many spaces where you hear Black and brown women speaking candidly about these things,’ Audrey tells Metro.co.uk. ‘For me, growing up there was nothing like this. I had to learn everything on the school playground and through teen magazines.

For three women of colour to carve out a safe space to speak about taboo topics, feels revolutionary. Tolani, Audrey and Milena stepped into a realm normally dominated by whiteness, and open the door for other women to follow them.

‘For so long, we’ve been shut out of these spaces,’ adds Milena. ‘Nothing was created with us in mind. We’ve been excluded. I think we just came at the right time and kind of filled this this gap. I do think we have helped to normalise some of these conversations.’

For Milena, growing up in a Colombian household, she says she was shielded from sex conversations. No one ever sat her down to explain puberty or the birds and the bees, so she had to take things into her own hands.

‘I had to have all of these conversations with my friends,’ she says. ‘Yhere wasn’t ever a space where I could go, where there would be young women, Latina women speaking about sex so openly.

‘I was that friend in every single group that just spoke about sex like it was just nothing. I always felt like, men talk about it openly, so why can’t we?

‘We talk some wild stuff with our friends. Why not say it publicly? It could help other women and girls to no feel so alienated, or to worry that what they are feeling or experiencing is wrong.’

Since its inception in 2016, The Receipts podcast has struck a chord with thousands of listeners, built a dedicated following of fans, and boomed in popularity and exposure.

They have listeners all over the world, and in every possible demographic. The hosts say they are often surprised by how many middle-aged white women are in the audience at their live events, but they welcome the diversity.

The trio credit much of their success to the warmth and accessibility of their hosting style. Everyone is welcome, and they view themselves as on a level with the people who listen to their show.

‘I think it’s the lack of pretense,’ says Tolani. ‘We’re not here to be the cool kids. We’re not like, “you can’t sit with us”. There’s a definite sense of sisterhood. You can sit with us. We’re all in this together.’

But they understand that they can’t please everyone, all the time. Revealing personal information to a large audience causes an immense amount of vulnerability, and the hosts have had to learn to have thick skin and to avoid the trap of ‘people pleasing’.

‘I say certain things and the podcast and I think, “this will make some people not like me”, and I don’t care anymore,’ says Tolani. ‘I’m not trying to be liked.’

Now in their thirties, Tolani, Audrey and Milena say caring less about being likeable is something that comes with maturity. It all comes down to being secure with who you are, but it takes work.

‘Of somebody says you’re a bad person, and you know, deep down inside, you’re not a bad person, nobody’s opinion of you can steer you in the wrong direction,’ says Milena.

‘If people think negative things about me, that’s got nothing to do with me. And, quite frankly, I don’t want to know.

‘You’re not going to be for everybody. I think the quicker you start realising that, the easier your life will be. Otherwise you will literally just be riddled with anxiety, trying to make everybody happy – and you’re never going to achieve that.

‘If you try to make everyone happy, the only person who suffers is you. You have to put yourself first.

The trio has recently released their first book Keep the Receipts: Three Women, Real Talk, No Filter – which talks about how their experiences have affected their views on friendships, relationships and life.

They say the process of writing opened them up to a ‘different level of vulnerability’, and allowed them to push certain topics even further.

‘When you’re talking, it’s easy for things to just come out like word vomit,’ says Audrey. ‘But when you’re sat down and you’re writing, there’s a different level that goes into it.

‘We all had to dig deep and think, what can we give that one we haven’t already given? That was really hard, especially for me, because I share everything – I told the world that I peed myself at 33. How do you dig deeper than that?

‘But I wanted to share another side of me that wasn’t purely jokey and silly. I wanted the audience to know that I can actually be a serious 35-year-old woman as well.’

The hosts have been working with Samsung as part of its Solve for Tomorrow programme, covering issues on designing for a diverse and inclusive future and how technology can support this.

How LGBTQ books are being censored in middle schools

Elizabeth Acevedo Understands That ‘People Read Like They Eat’