Home » Books » The Persistence of the Oldest Hatred

HOW TO FIGHT ANTI-SEMITISM
By Bari Weiss

Bari Weiss has written what must be judged a brave book. That it must be is a badge of shame for the “progressive” America with which she identifies.

Should it call for courage for a politically liberal American Jew like Weiss to point out that Jews, though a tiny percentage of the population of the United States, are the victims of over half of its reported hate crimes? That anti-Jewish rhetoric, once confined to right-wing extremists, now infests the American left, too?

Should someone like Weiss, an editor and opinion writer at The New York Times, have to expect brickbats from her colleagues for observing that a vicious demonization of Israel and its supporters has become routine in much of the American left and endemic on college and university campuses? That whatever its failings, Israel is a remarkable human adventure that deserves at least as much sympathy as criticism? That it is only natural for a Jew to care deeply about a Jewish state’s welfare and survival? That Jewish solidarity is as legitimate as any other form of human solidarity?

Should she have to fear ostracism or damage to her journalistic reputation for pointing out that anti-Zionism and anti-Semitism, while theoretically distinguishable, have long merged into a single ugly phenomenon? Or that it is obscene, less than a century after the Holocaust, to class Jews with their historical “white oppressors”?

Unfortunately, as Weiss writes in “How to Fight Anti-Semitism,” the answer to all these questions is yes. 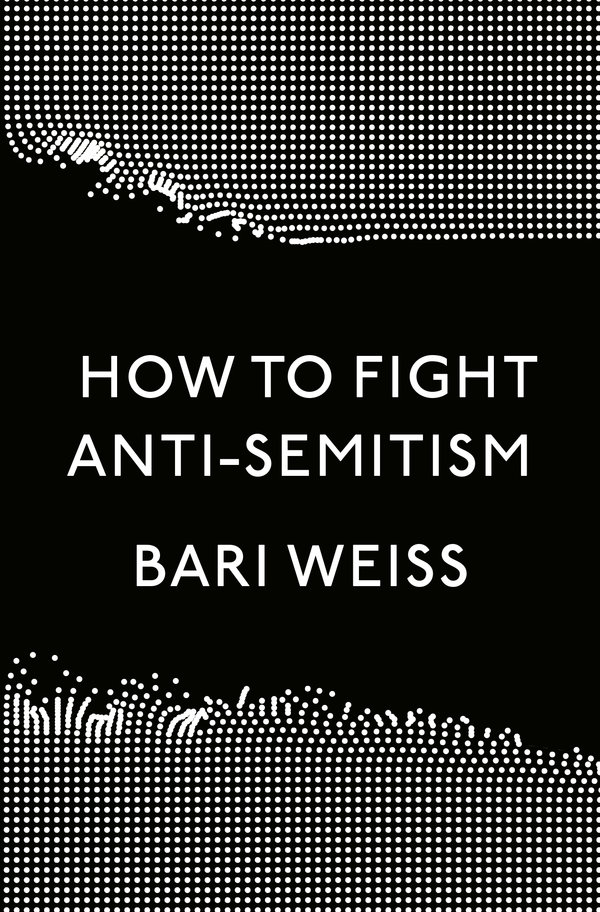 It is in writing about the left, however, that Weiss is at her most passionate. Here she is, after all, on her home territory — a home that she feels lately has rejected her, precisely because she is a proud Jew and lover of Israel (though one critical of its current policies). She writes about how others who share her feelings have been forced to deny who they are. “I meet such people in every Jewish community I speak to,” she relates. “They tend to wait until late in the evening, after the crowd has thinned out or after they’ve had a few glasses of wine, to make their confession. But the confession is always the same: I’m in the closet. It’s not their sexuality or gender expression they are closeting. It is their Jewishness and their Zionism.”

Weiss writes well about the tendency of liberals to imagine that whereas the political right has always been an incubator of anti-Jewish ideologies, the political left has been traditionally free of them. This falsehood has enabled more than one anti-Semite on the left to protest that they can’t possibly be anti-Semitic because their political worldview rules out such a thing. As Weiss explains, however, the classical left has been riddled with contempt for the Jewish people from its inception, starting with the vile attacks of early socialists like Pierre-Joseph Proudhon (whom she does not discuss) and the seminal figure of Karl Marx (whom she does), and down to the persecution of all expressions of Jewish culture and national feeling by Lenin, Stalin and Stalin’s heirs.

Of course, American liberalism was staunchly anti-Stalinist. Yet the intellectual terror that has much of the American left in its grip today, not only in regard to Israel and Zionism but relating to a wide variety of issues on which one can be pilloried for being a millimeter out of step, strongly suggests that Stalinism, though it lost its political battle with liberalism, is winning the cultural one. The United States is no longer a society in which, in “progressive” circles, freedom of expression (and perhaps even of thought) can be said to exist.

And it is here that I found “How to Fight Anti-Semitism” disappointing, because nowhere in her book does Weiss indicate that — apart from its anti-Zionism — she has any problem with the deadening mental conformity of contemporary American liberalism. The question she never raises is why someone of her intelligence should want to belong to such a world. “Maintain your liberalism,” a section of her book’s last (and least convincing) chapter exhorts the reader as one of its prescriptions for fighting anti-Semitism. To what end? At what intellectual and moral price?

Weiss fails to realize that she herself is an example of the wishful thinking about Judaism that is ubiquitous among American Jewish liberals. One might call this the Judaism of the Sunday school, a religion of love, tolerance, respect for the other, democratic values and all the other virtues to which American Jews pay homage. This is a wondrous Judaism indeed — and one that has little to do with anything that Jewish thought or observance has historically stood for. “We’ve always been there,” Weiss approvingly quotes a friend of hers, hurt to the quick by the proposed banning of “Jewish pride flags” at the 2019 Washington Dyke March. Always? As if the right to define oneself sexually as one pleases were a cause Jews have fought for over the ages!

As a matter of historical record, it was Greek and Roman high society, not the Jews, that practiced and preached polymorphous sexual freedom. Judaism fiercely opposed such an acceptance of sexual diversity, against which it championed the procreative family, the taming of anarchic passions, and the cosmically ordained nature of normative gender distinctions that goes back to the first chapter of Genesis: “So God created man in his own image. … Male and female created he them.” And while we’re at it, it was the Greeks, not the Jews, who invented democracy. What mattered to Jews throughout nearly all of their history (and still does to a considerable number of them today) was the will of God as interpreted by religious authority, not free elections.

Judaism as liberalism with a prayer shawl is a distinctly modern development. It started with the 19th-century Reform movement in Germany, from which it spread to America with the reinforcement of the left-wing ideals of the Russian Jewish labor movement. As much as such a conception of their ancestors’ faith has captured the imagination of most American Jews, it is hard to square with 3,000 years of Jewish tradition. Weiss has delivered a praiseworthy and concise brief against modern-day anti-Semitism, but if she thinks this long tradition is ultimately compatible with contemporary American liberal beliefs, she might want to take a closer look. Honestly regarded, Judaism tells another story.

Hillel Halkin’s latest book, “The Lady of Hebrew and Her Lovers of Zion,” will be published next spring.

The Unseen Worlds Beneath Us: Places of Beauty, Danger and Wisdom