THE GONE DEAD
By Chanelle Benz

De’Shawn Charles Winslow’s “In West Mills” and Chanelle Benz’s “The Gone Dead” both ponder secrets: what drives some people to guard them with their lives and others to risk everything to uncover them.

“In West Mills” explores the textured inner world of a fictionalized black community in North Carolina between 1941 and 1987. The story circles around Azalea Centre, or Knot, a teacher who finds comfort in corn liquor, men, and friends like Otis Lee and Valley, who care for her even as her decisions beget pain.

From the first page, Winslow establishes an uncanny authority and profound tone that belie the book’s debut status. The precision and charm of his language lure us in and soothe us, as in his description of a “hot biscuit that looked like it could be melted down and used to make a necklace and a pair of matching ear bobs.” Or when he compares the full moon above Knot’s head as she walks a lover home to “an usher leading the way down an aisle.”

He paints a community so tightknit and thorough it becomes easy to forget the people in it don’t exist, that no one will be playing music later tonight at Miss Goldie’s barnhouse juke joint, or traveling upbridge to Manning’s General Store for candy. Knot is as complex and endearing a protagonist as Zora Neale Hurston’s Janie. And Winslow is capable of retreating into the quiet of all of his characters’ minds and hearts and sharing the contents with us, as when Knot decides to create for herself a sense of safety, “the only kind of safe Knot felt all right with. Safe by not having to worry about hurting a child’s feelings, the way her mother had hurt hers. Safe by not becoming someone’s wife just to figure out, years later, that she didn’t want him. Safe to get a bit of joy from the moonshine — something that couldn’t hurt her or be hurt by her.”

Much of the story is told through dialogue, rich and truthful conversations among characters reminiscent of those in August Wilson’s plays, expressing so much more than what is on the surface. About the distinguishing “copper-red” hair that Knot inherited from her grandfather, her sister says: “I’m so grateful I didn’t get it. So grateful.” There is more meaning lurking in that repetition than in the words themselves.

Winslow’s quirky characters call to mind Dickens, whom Winslow references throughout the novel as one of Knot’s favorites. There is Ma Noni, an elderly woman with shining, scarcely wrinkled skin, and Otis Lee’s son, Breezy, who must always have two of everything, even women. Like Dickens’s, Winslow’s characters are steeped in secrets, but here the reader knows most of them; the reader’s satisfaction doesn’t come from what will unfold, but from how it will. 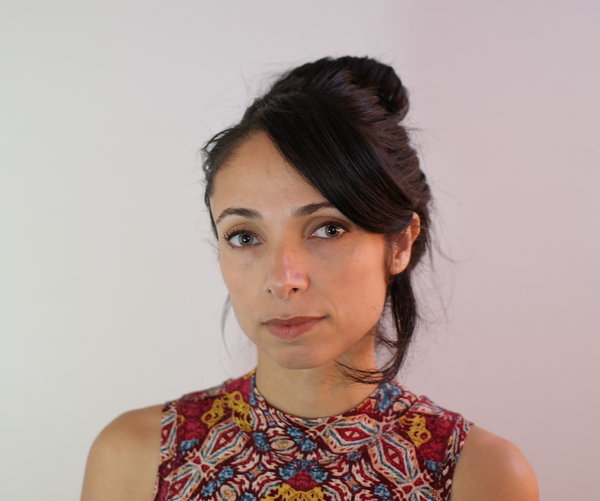 By contrast, almost every chapter in “The Gone Dead” yields a surprise. Billie returns to the Mississippi Delta in 2003, after 30 years away, and learns there is more to her father’s death than she knew. As she mines the present for clues, she is tethered to the past, settling into the house she visited as a child, reuniting with a cousin she held singing contests with, and even beginning a relationship with a white man whose ancestors owned the plantation hers sharecropped.

The story centers on Billie’s quest for justice for her father, and much of that quest is conveyed through dialogue presented from her perspective. The author excels at capturing authentic turns of phrase, but the book really shines in its exploration of other characters. Sections carried by Lola, Carlotta, Jim McGee and even Avalon, an old juke joint Billie’s father used to frequent, showcase Benz’s ability to assume a vast array of distinct, heartfelt voices, her knack for understanding and revealing complex human behavior.

Like Attica Locke’s Houston, Benz’s Delta is portrayed with care and depth, a place where “if you’re black … you do whatever you can to make life sweet.” Benz knows every “unpaved county road” and the “antique stores that double as bail bond companies,” “the neon glare of gas stations and fast-food chains,” “the tiny white clapboard churches.” She traces with nuance and subtlety the stagnant trail of race relations, linking mass incarceration, mandatory minimums, unemployment and crack to anti-miscegenation laws, Freedom Rides and even the South’s loss in the Civil War.

Her attention to the recurring nature of racism in this country, and her gift for weaving these insights into a gripping narrative, establish Benz as an adept critic and storyteller.

Whereas “The Gone Dead” directly explores the violent history and present-day impact of white supremacy, “In West Mills” follows black life in a “fairly peaceful town.” Winslow’s book mentions whites only in passing: A white boy flirts with a black man’s wife and then shatters the black man’s store windows; Otis Lee’s sister pretends to be white in New York; there are sit-ins and separate benches. But “In West Mills” is largely free from the “white gaze” Toni Morrison also bypasses. There is a deep satisfaction that stems from reading about a community in the ’40s, insulated from what we know to be its context — “war hovering” and Jim Crow awaiting soldiers’ returns. And yet, it is also satisfying to witness Benz skillfully connecting a troubled history to its corresponding present. Read side by side, these books are an indictment of the tangible legacy of slavery, and also a celebration of the people who persevere despite it.

As for secrets, both authors implicitly debate their merits: Perhaps it can be a kindness to guard them; perhaps they can be atoned for only once they are exposed. Regardless, these novels bring the unknown to light with such grace that it seems possible the secrets have a destiny of their own, independent of their keeper — a motor inside revving them up for a straight shot to freedom.

Margaret Wilkerson Sexton is the author of “A Kind of Freedom.” Her second novel, “The Revisioners,” will be published in November.

Diary of an accidental activist: lunch with Dennis Altman