Struggling with the state of your house in lockdown? Take heart – the home lives of the great and good can be just as unruly, from WH Auden’s New York squalor to the countryside ‘money pit’ that drove Churchill’s wife to despair

Since mid-March, most of us have been spending more time at home than ever before. Our dwellings have become half sanctuary, half prison; however much we are longing to leave, there is the ever-present fear that setting foot outside the front door is fraught with danger.

Published with impeccable timing, Lives Of Houses is a collection of 20 or so essays, and several poems, on the houses of an eclectic selection of people — some of them famous, some obscure, ranging in time from the Roman Empire to the present day.

If you’re currently feeling depressed by the slovenly state of your own lockdown house, cheer yourself up by reading Seamus Perry’s account of the poet WH Auden’s New York apartment in the 1950s. 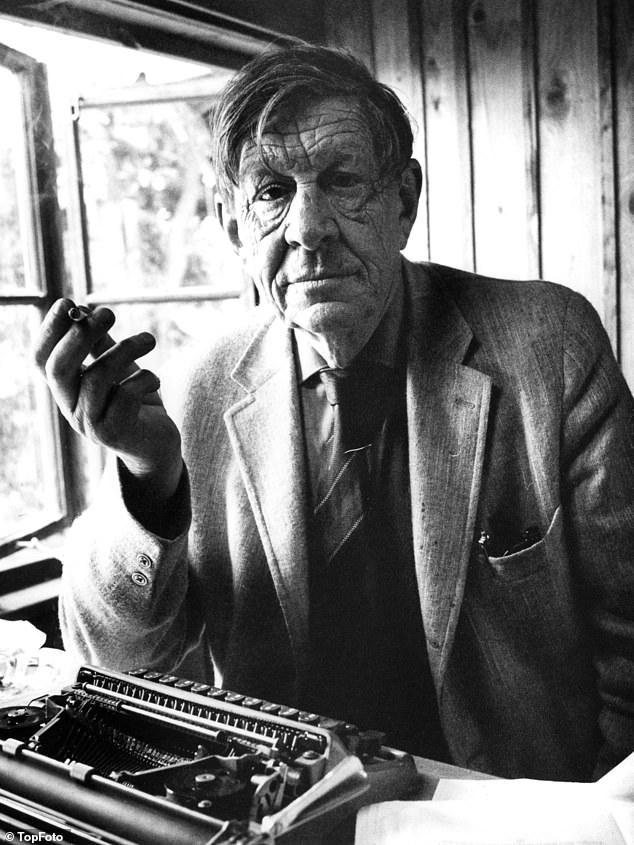 A collection of essays and poems portray the homes of an eclectic selection of people, including WH Auden (pictured)

Auden was famous for the disorder in which he lived: a friend who once lent him his flat returned a few days later and ‘if it hadn’t been for the pictures on the walls I wouldn’t have known where I was . . . frustrated burglars could not have created greater chaos.’ The composer Igor Stravinsky once said of Auden that ‘he is the dirtiest man I have ever liked.’

If anything, his insalubrious surroundings only served to spur him on. ‘I hate living in squalor — I detest it! — but I can’t do the work I want to do and live any other way,’ he said.

Auden had shared a house in Brooklyn Heights in the early 1940s with, amongst others, novelist Carson McCullers, stripper Gypsy Rose Lee, composer Benjamin Britten and his librettist and partner Peter Pears, as well as a trained chimpanzee — a riotous household which is described in Sherill Tippins’ 2006 book, February House.

Pears and Britten couldn’t cope with the mayhem of the house and soon left, returning shortly afterwards to Britten’s home county of Suffolk. Lucy Walker’s essay describes their surprisingly domestic life in the seaside town of Aldeburgh, where Britten was living when he wrote Albert Herring, Billy Budd and The Turn Of The Screw.

Despite homosexuality being illegal, he and Pears were fairly open about living together and led a settled life with a staff of cheerful local ladies to look after them (Britten could barely boil an egg).

They chose their home, The Red House, because of its seclusion and charm. ‘Such a sweet place, such a lovely garden, and so quiet,’ Britten wrote. 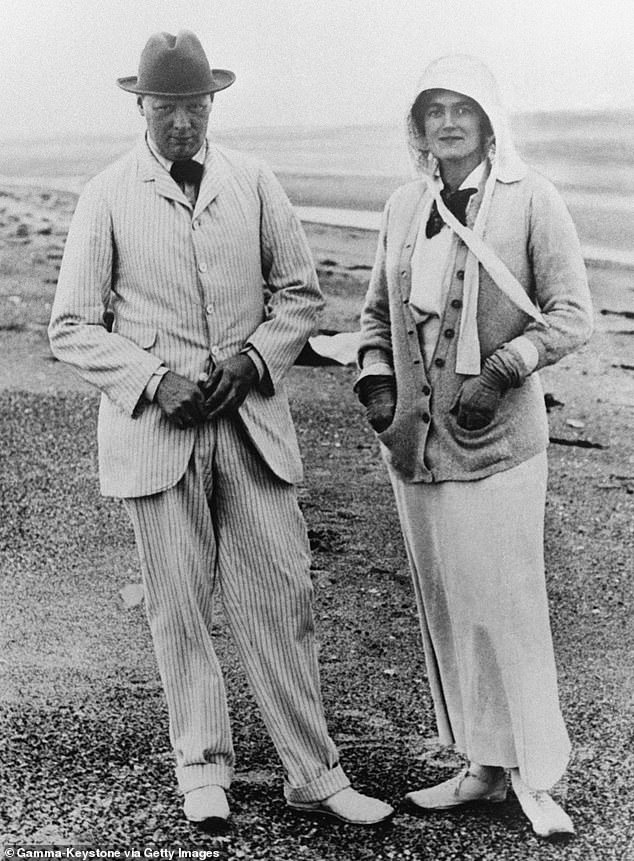 An essay by the historian David Cannadine, reveals Churchill went behind his wife’s back to acquire their country retreat in Kent. Pictured: Winston Churchill and Clementine Churchill

This domestic happiness contrasted with his operas, which are full of ‘systemic violence and cruelty.’ Walker believes this cosy house, with its kitsch ornaments and crowded bookshelves, is precisely what gave Britten and Pears the stability to explore these dark themes.

In an essay entitled ‘Chartwell: Winston Churchill’s Dream House’, the historian David Cannadine recounts how, for the only time in their long marriage, Churchill went behind his wife’s back in order to acquire their country retreat in Kent. Chartwell, ‘a money pit’ and the cause of endless worry for Clementine Churchill, was a source of delight and inspiration for Churchill. ‘Every day away from Chartwell is a day wasted,’ he announced.

The house became a ‘word factory’ where he poured out articles, speeches and books while Clementine was left to balance the accounts, deal with the servants — eight indoor staff, three gardeners, a chauffeur and two secretaries — and keep everything going ‘when it was often unclear where the money was coming from.’

After Churchill’s death in 1965, Clementine never spent another night there. The house, says Cannadine, ‘was both her nightmare and his dream.’ 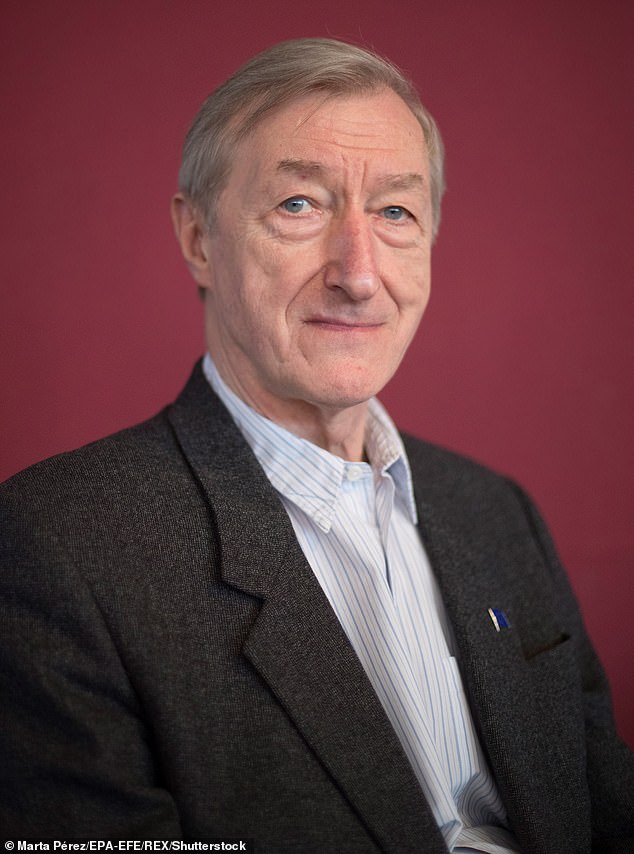 Julian Barnes (pictured) contributes an essay on Jean Sibelius’s house Ainola, north of Helsinki, which is now a museum

One of the most thought-provoking chapters is written by Alexander Masters, author of the award-winning, Stuart: A Life Backwards, who looks at those who don’t have the luxury of a home.

‘Houses are more than a roof and walls,’ he says. ‘They can offer solace, security, stability, everything a person in the gutter misses. They can also be malevolent.’ He tells the story of Mark, who repeatedly trashed his accommodation and kept ending up back on the streets. Mark’s wife had been murdered in their house while he was in the room next door: after that, he couldn’t bear to live anywhere with internal walls.

With great sensitivity, his social workers came up with the idea of rehousing him in a caravan, where there was nowhere to hide. ‘For the first time in almost a decade, Mark settled down,’ Masters writes. 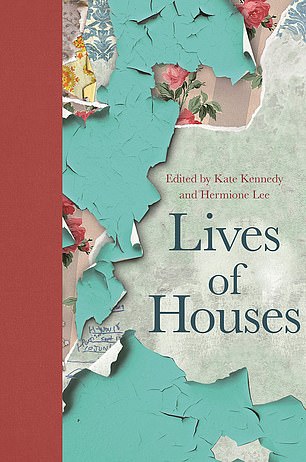 Novelist Julian Barnes contributes a delightful essay on Jean Sibelius’s house Ainola, north of Helsinki, which is now a museum: ‘A grand log cabin built on a heavy stone base’. Sibelius wrote most of his major works there, although in his last 30 years he mysteriously stopped composing altogether.

Although filled with elegant clothes, a Steinway piano and innumerable commemorative images of Sibelius, Ainola was also a busy family house where he and his wife raised five daughters in less than perfect harmony.

Sibelius fumed that their ‘pranks and babbling ruin everything’, and ironically the great composer’s daughters were strictly forbidden from making any music while he was in the house.

Another touching story is that of prime minister Benjamin Disraeli and his wife Mary Anne in Daisy Hay’s ‘At Home With the Disraelis’.

The Disraelis, whose marriage was more a business deal than a romantic union, had bought Hughenden Manor in Buckinghamshire with high hopes, but they found socialising in the countryside difficult. Disraeli had no interest in hunting and shooting, and the exuberant Mary Anne ‘could not be relied upon to keep her conversation respectable.’

At first the couple found country life boring and quarrelled frequently. But in 1872, when Mary Anne became ill with stomach cancer, all she wanted was to be at Hughenden with her husband, and this retreat became ‘a symbol of romance . . . a place simultaneously fantastic and real.’

After her death, shut up at Hughenden while he mourned her, Disraeli discovered his wife had carefully kept every single letter he had received during their marriage. He began to see the story of his life with Mary Anne in a different light.

Hughenden, Disraeli realised, had been the setting for a great love story. Hay concludes: ‘Two people made a house their own, and in so doing they made a marriage of convenience into an affair of the heart.’

Stephanie Yeboah on the importance of body positivity for Black women

Larry McMurtry, Novelist of the American West, Dies at 84