Home » Books » The Great War that changed women&apos;s lives for ever

War that changed women’s lives for ever: A magisterial history of the Great War describes how it sparked a social revolution at home

This year is the real centenary of the end of World War I — or at least of the Treaty of Versailles that brought it finally to a close. So it’s a good time for Simon Heffer to produce his account of how the Great War shaped Britain.

What’s clear from this extraordinarily detailed account is that the Great War (this was a term readers of The Times in 1915 decided to use) really did change Britain for ever; more than any other war.

It began, as the historian A.J.P. Taylor observed, in a different world, when ‘a sensible, law-abiding Englishman could pass through life and hardly notice the existence of the state, beyond the post office and the policeman’, and ended with the creation of the modern state. 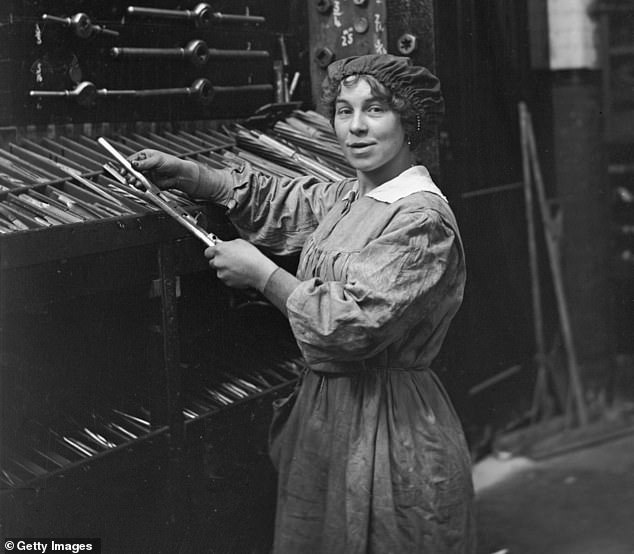 A young woman works in a London engineering shop for the General Omnibus Company in September 1917, due to a shortage in male workers

Britain had waged total war, and everything changed because of it. Simon Heffer (who is, I should say, a friend), tells us how, from curbs on drinking to the rise of the Labour Party.

The sheer scale of the cull of young men remains hard, even now, to grasp — the bravest and best of a generation as well as reluctant conscripts. How would Britain look now if they hadn’t died? There’s no knowing.

And for all those young men, you can count the secondary casualties — the young women at home who never married and had families.

But, as Heffer says, ‘nowhere was the unprecedented upheaval caused by the end of total war more apparent than in the position of women. 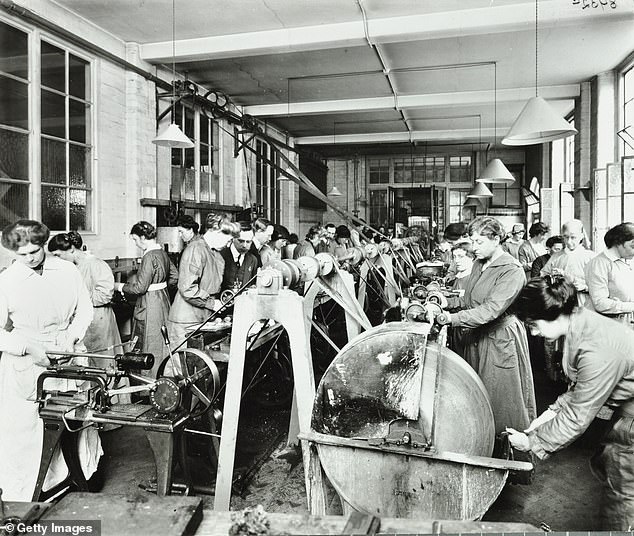 Women pictured working in a munitions factory in Shoreditch, London, in 1915

‘The total number of working women rose by 22.5 per cent during the war, to 7.3 million [nearly a million of them in munitions].’

Female recruitment began when Sylvia Pankhurst marched 30,000 women down Whitehall to the Ministry of Munitions demanding the right to serve. She got the vote in return.

These women were made redundant in short order when the men returned (one in five with venereal disease), but there was no return to the old world.

‘Many who left domestic service in 1914 for the front or industry never returned below stairs . . . Middle-class families, used to having a housemaid or cook, had to learn that doing without was not just a wartime measure, but permanent.’

And so The Servant Problem was born; as a result, so too was the vacuum cleaner. 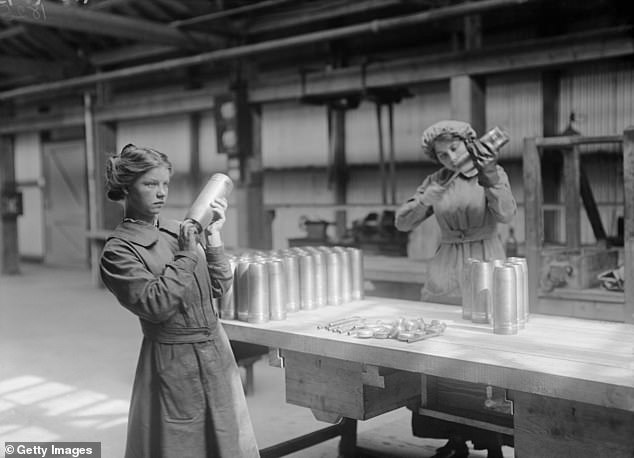 Social deference and the class system did not disappear in the war, but the author concludes that people no longer felt that ‘someone deserved respect simply because he or she occupied a superior social station’.

In a way it was a vindication for George Bernard Shaw, a plucky pacifist (he declared early on that the best thing troops could do would be to shoot their officers and return home), who observed that the democratic case for the conflict was that it would empower the working classes. And what about the causes of the war? This is not a military history, says the author. Yet it’s impossible to write about the effects of the war without discussing how it came about and how it was fought.

How did the assassination of the unpopular heir to the Habsburg Empire, by a fanatical Serb — an event that raised barely a ripple at the time — result in the death of millions? Heffer’s admirable summary is almost unbearable to read because it makes clear that war could have been avoided if statesmen had acted swiftly and urgently.

It wasn’t just German militarism that was to blame, but Austro-Hungarian intransigence and Russian insistence on solidarity with Slav brothers in Serbia against the Habsburgs.

Germany felt in turn that it had to back Austria; France that it had to support its ally, Russia. Britain was under no obligation to get involved but it is clear from this account that even without the German invasion of Belgium, British statesmen could not have allowed Germany control of the Channel and of its ports.

The British foreign secretary, Edward Grey — who famously said ‘The lights are going out all over Europe’ — sensed that the great powers were headed towards catastrophe but he was unforgivably tardy in alerting the Cabinet to the dangers.

As Simon Heffer observes exasperatedly, why on earth did he take his concerns down to Hampshire to go fishing rather than to the chancelleries of Europe?

The one thing Heffer, in this wonderfully comprehensive history, doesn’t answer is why — when Germany made overtures for peace in 1916 when the hell of trench warfare was known — there wasn’t a clamour to take them up on the offer. It seems nuts to us now.

There are some unforgettable pictures of individuals. 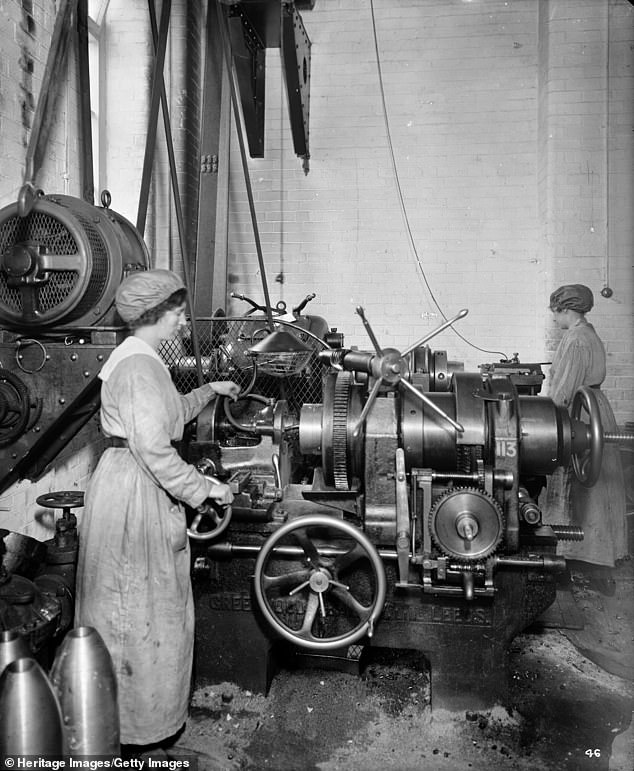 Two women pictured working at the Cunard shell works in Bootle, Liverpool, in 1917

Churchill emerges from this account as vain, bombastic and self-absorbed (disastrously so in the Dardanelles campaign) while Northcliffe, the proprietor of the Daily Mail and The Times, comes across unflatteringly as the embodiment of power without responsibility.

Some of the shrewdest observers are women, including Mrs Asquith, the PM’s wife.

She gives the book its title. ‘Now that shrapnel is killing an entire generation,’ she wrote, ‘we are left staring at God.’

It doesn’t look any better a century on.