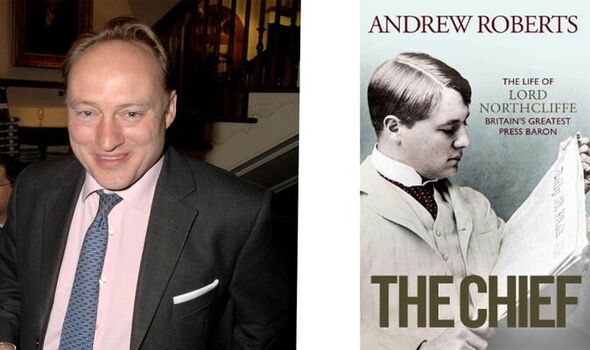 Lord Northcliffe was responsible for the tabloid press we enjoy today. Andrew Roberts whose previous subjects have included Napoleon, Churchill and George III now turns his skills to the man who gave Britain the Daily Mail and, indirectly, the world MailOnline.

(among other things such as anti-semitism, hypocrisy, bullying and brutality) and Roberts sees it as his duty to rescue the press baron from this foul calumny.

Without saying so explicitly, Roberts tends to the view that a dislike of

Alfred Harmsworth was born in 1865 (two years after W.R. Hearst) into a middle-class home – of 14 children. younger brother Harold was ennobled as Lord Rothermere and is the great-grandfather of the present owner of the Daily Mail.

Having edited the school magazine, Alfred Harmsworth’s first media hit came on June 16, 1888, when he launched Answers to Correspondents (later just Answers), in which readers wrote in and asked questions (much like our The Saturday Briefing).

The following year, he launched the Daily Mail, which was selling a million copies four years later. For readers used to stodgy writing, the Mail’s journalism was a revelation. The historian A.J.P. Taylor called the Mail’s short, punchy paragraphs, “the greatest advance in communication since the abandonment of Latin for English”.

On November 2, 1903 (not November 1 as Roberts has it), Northcliffe launched the Daily Mirror, a newspaper edited by a woman for gentlewomen. It was a disaster showing that he did not always have the golden touch. This flop may be the reason Roberts does not devote too much space to the newspaper. It gets just nine mentions in the index

As well as the Mail and Mirror, at various points, Northcliffe owned The Observer and The Times. Such was the money made by Northcliffe, that Lord Rothermere had to sell The Times to the death duties on his brother’s estate.

One of Northcliffe’s proteges was a young Australian called Keith Murdoch whose son is a rather successful media owner.

Northcliffe used his power to lever politicians – he did not care for H.H. Asquith, the Liberal leader who took us into the First World War and his initial support for David Lloyd George soon wavered.

To get him out of the way, Lloyd George sent Northcliffe to America to get help for the war effort. He did an excellent job although annoyed the British ambassador into the bargain.

On the home front, his marriage was a sham and he and his wife were serially unfaithful.

A workaholic, Northcliffe took long holidays to recover and on one of these, he caught the bacterial endocarditis that would kill him, though not before sending him mad (the contemporary belief was that he had contracted syphilis).

Andrew Roberts has produced a book that will be of interest to social historians as well as media students and political anoraks.

Why an elephant never forgets… its mum