On Jan. 5, 1921, Sylvia Pankhurst stood in the witness stand at London’s Guildhall and reminded the court that, as her biographer Rachel Holmes puts it, she had “faced death many times for her beliefs.” Arrested at the offices of the newspaper she ran, on suspicion of inciting sedition, Pankhurst, then 38, appeared with a red carnation in her buttonhole, and held the court’s attention for 90 minutes as she told the story of her life — a tale spanning her upbringing in Manchester as the daughter of feminist reformists whose social circle encompassed American abolitionists, Hindu nationalists and founding members of the Labour Party; her early ambition to paint; her winning a scholarship to the Royal College of Art; and her 13 prison sentences as a suffragist, during which she was subjected to force-feeding and solitary confinement in cramped cells infested with vermin.

Reproaching her accusers, Pankhurst insisted that “it is wrong that people like you should be comfortable and well fed, while all around you people are starving.” Her appeal was unsuccessful, and she returned to Holloway prison, condemned to cleaning tasks while members of the Women’s Suffrage Federation kept her spirits up by gathering to sing outside the prison gates. “Why,” wrote her parents’ friend George Bernard Shaw somewhat patronizingly, “didn’t you make up your mind to keep out of prison instead of persistently breaking into it?”

Holmes’s mammoth biography, “Sylvia Pankhurst: Natural Born Rebel,” positions Pankhurst as “a free spirit and a visionary,” a modern political thinker deeply attuned to the intersections among oppressions rooted in gender, class and race. Although her mother, Emmeline, became Britain’s most famous suffragist, it was from her father, Richard, with whose death Holmes opens her book, that Sylvia derived her lifelong commitment to “an equalitarian society, in which by mutual aid and service, there should be abundance for all to satisfy material and spiritual needs.”

[ Read an excerpt from “Sylvia Pankhurst.” ]

While her mother and sister Christabel supported World War I, never campaigned for universal suffrage and renounced their links with the trade union movement — Emmeline would (disingenuously) deny that the Women’s Social and Political Union, founded in the family’s parlor in 1903, had begun in affiliation with the Labour Party — Sylvia, a socialist and pacifist, always believed “in the necessary conjoining of the economic and political struggle of women and the working class.” Her consistent opposition to legislation that would offer the vote to only a limited number of property-owning women caused serious ruptures within the family and led to Sylvia’s expulsion from the W.S.P.U. Undeterred, she dedicated herself to work in London’s impoverished East End, organizing factory workers and campaigning for maternal health care. 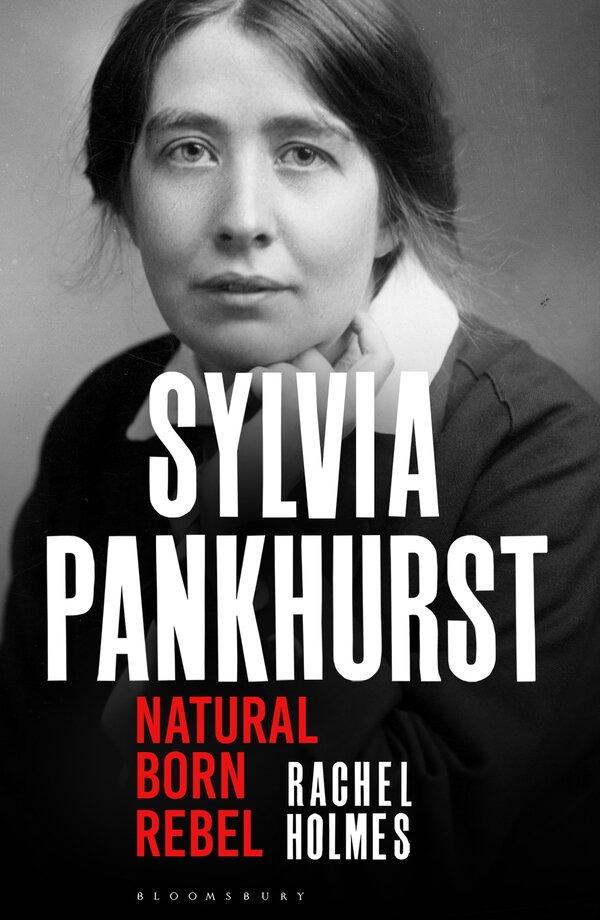 After numerous historical, fictional and cinematic treatments, the story of the suffragist movement is familiar, though always captivating: plucky women smuggling themselves into Westminster in furniture removal vans, chaining themselves to railings and smashing windows. But Sylvia Pankhurst’s work for equal rights extended far beyond votes for women. Her life’s project lay in a fight against fascism, imperialism and racism, insisting, in Holmes’s words, on the value of “principled and powerful collective protest as the only channel available to those systematically excluded from power.”

Holmes, the author of several other books, including a biography of Eleanor Marx, charts Pankhurst’s attempts, following the Russian Revolution of 1917, to transform British socialism and set up a communist party in her own country (a subsequent falling-out with Lenin didn’t stop her from being arrested multiple times on suspicion of working for the Soviet government). Of most lasting significance, personally as well as politically, were her staunch opposition to Mussolini — even when many in Britain were courting his favor — and, especially, her work on behalf of Ethiopian independence. In her 70s, she emigrated to Addis Ababa with her son, Richard Keir Pethick Pankhurst, and his wife; when she died there in 1960, she received a full state funeral, and a bustling thoroughfare was renamed Sylvia Pankhurst Street. She dedicated her magisterial cultural history of the country to Haile Selassie, her close ally; he assured her that her “unceasing efforts and support in the just cause of Ethiopia will never be forgotten.”

At more than 900 pages, Holmes’s book is packed with detail, but marred by so much repetition that the reader is left with the impression of a vast amount of material not fully marshaled into narrative form. At times, her paragraphs feel like notes hastily compiled and not fully digested; moments of high drama are interrupted by digressions that leave the reader grasping to fillet meaning from a barrage of information. Holmes’s writing is prone to sweeping overstatement — “in sum, Richard Pankhurst was the living incarnation of every pioneering, radical Victorian cause”; his daughter is “possessed of almost magical reserves of optimism, hope and the physical and emotional energy required to support them” — and replete with clichés: Talents are “rare,” storms “threaten to break,” speeches are “barnstorming” and activists’ souls are “made of such stern stuff.” The word “radical” is so overused as to lose all meaning, applied to everything from the views of W. E. B. Du Bois to an English folk ballad, from Mancunian socialism to a vegetarian restaurant.

Despite its length, Holmes’s book tends to skate over opportunities for psychological insight into its subject, in particular her personal relationships. Potentially seismic quarrels tend to be reported then resolved in the space of a few lines, with little attention paid to the erosions and ambivalences that shape dynamics over a lifetime of shared experience. We’re tantalized by the promise of “an intense period of explicit love letters” exchanged in 1911 between Sylvia and Keir Hardie, the first leader of the Labour Party, but when these are eventually quoted, what Holmes promoted as “sexually explicit longing, separation anxieties and profound reflection on the nature and quality of their bond” turns out to consist mostly of opaque dreams and avowals of socialism as “the cure for all ills.” Holmes assures us that theirs was “a fully fledged love affair, passionate, ecstatic and tormented,” but doesn’t really interrogate the effects on Sylvia’s self-esteem of a relationship with a man 26 years her senior who seems never to have considered leaving his wife. We learn even less about her “soul mate,” Silvio Corio, an exiled Italian anarchist with whom she had her son, beyond the fact that “their commonality was the desire to try and make the world a better place.”

Tensions with Emmeline and Christabel — Sylvia’s “personal political tragedy” — feel particularly underexplored. Emmeline comes across as formidably capricious, constantly favoring Christabel to the sadness and bewilderment of her younger daughters; when Sylvia, though unmarried, became pregnant, her mother refused to see her, and lamented that she continued to use the family name. A friend of Emmeline’s wrote that “Mrs. Pankhurst died of chagrin — of pain and horror at the disgrace brought on her name by that disgusting Bolshie daughter of hers.” In a biography of her mother that she published in 1936, Sylvia omitted to mention how hurt she had felt; Holmes briefly describes the book as “surprisingly even-toned,” but it would be fascinating to linger in the mind-set of the biographer daughter, creating in her writing the supportive maternal relationship that she herself had been denied.

Nonetheless, no book on Sylvia Pankhurst could fail to pass on an exhilarating story. Pankhurst took on the 20th century both as participant and observer. She was an indefatigable activist, but also a journalist, who traveled — often in perilous conditions — across Europe, America and Africa to report on the dangers of fascism, the suppression of workers’ rights, the degradation of women, the folly of any system that imposed difference over commonality. Holmes positions Pankhurst as a spiritual ancestor to “teen radicals” of today such as Malala Yousafzai and Greta Thunberg. The continued relevance of her life story needs no such justification. Asked how she might like to be remembered, Pankhurst wrote that she had “never deserted a cause in its days of adversity. … When victory for any cause came, she had little leisure to rejoice, none to rest; she had always some other objective in view.”

In ‘Fauci,’ a Doctor Whose Work and Mission Have Been Shaped by Politics