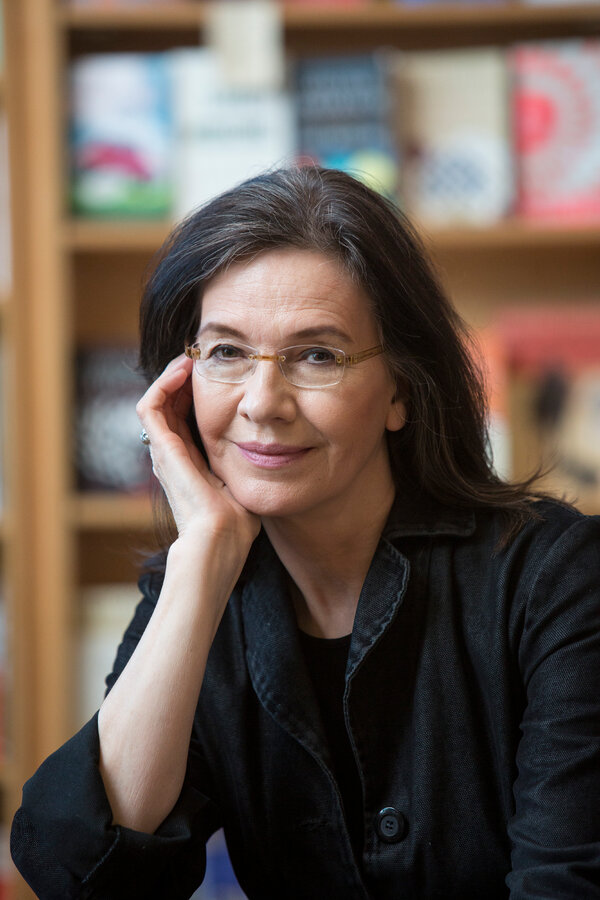 METAVERSE When you’re reading a novel, you’ll find its author’s fingerprints on every page. But how often do you encounter the writer as a character in his or her own story? Rarely — probably because it’s a daring feat, one Louise Erdrich pulls off in “The Sentence,” which just spent a week on the hardcover fiction list. The Pulitzer Prize winner even deputizes her on-page doppelgänger to hire her protagonist at an unnamed Minneapolis bookstore that sounds a lot like the one Erdrich owns in real life.

Here’s how it goes down. Tookie, an Ojibwe woman with a checkered past, shows up for a job interview with Louise (no last name), who wears vintage oval eyeglasses, a beaded hairclip and “a general air of tolerance.” Instead of inquiring about her prospective employee’s credentials — or her stint in prison — Louise asks Tookie what she’s reading. Her answer: “Almanac of the Dead,” by Leslie Marmon Silko. Louise says, “This is a dark time for bookstores and we probably won’t make it.” Then she offers Tookie a job.

In a phone interview, Erdrich talked about how her store, Birchbark Books & Native Arts, endured its own dark time because of the pandemic and the murder of George Floyd, which happened only a few miles away. She said, “I was trying to figure out how to keep everyone at the bookstore safe. Everyone was taking a shift alone so they could assist with curbside pickup and advise people of books they might like.” Erdrich added, “I just want to say that we’re fine now, we’ve been busy, we’re getting a lot of love. Anyone who wants to buy a book, I hope that person goes to their nearest independent bookstore and has a good browse.”

The bookstore in “The Sentence” is haunted by the ghost of a loyal but complicated customer who died while reading. Erdrich didn’t directly answer a question about whether Birchbark has ghosts of its own; she said, “I think there’s a sense — and this happens in the book — that the world becomes haunted.” She went on, “I think bookstores are haunted in different ways. I feel this way when I’m in the presence of a lot of books, a sense of a crowded consciousness.”

What was it like to write about herself? “I had to have a Louise in there,” Erdrich laughed. “I think my favorite moment is when Louise is told that perhaps a sentence was written that was powerful enough to kill, and she says, as every writer secretly might say, ‘I wish I could write a sentence like that.’”