A combination of underhand business practices and clever marketing helped make him rich and his “Grand Traveling Museum, Menagerie, Caravan & Hippodrome” a runaway success with an American public eager for entertainment. He was immortalised by Hugh Jackman as an enlightened innovator who championed those written off as freaks in the massively successful 2017 film The Greatest Showman, and was the eponymous hero of the hit musical Barnum, starring Michael Crawford, in London’s West End.

But his real story is truly shocking and far less savoury than the glitzy rags-to-riches tale of popular imagination.

When he was 25, Barnum made his name by exhibiting an elderly black woman called Joice Heth, claiming she was the former nurse of US founding father George Washington. Billed on his “roll-up, roll-up”-style posters as “The Greatest Natural and National Curiosity in the World”, Barnum declared she was 161-years-old.

Worse still, she was a slave who he had “leased” to get around anti-slavery laws in America’s northern states.

The shameful tale was among those discovered by British author Elizabeth Macneal during research for her already bestselling new novel, Circus of Wonders.

Macneal, 32, whose debut book was the global hit The Doll Factory, takes up the story: “He made his money through Joice – a paralysed, disabled woman whom he lugged across North America having had her teeth removed. It was on this ‘success’ that PT Barnum, the so-called ‘Greatest Showman’, launched his career.”

And, upon Joice’s eventual death, Barnum sold tickets to her autopsy, attended by 1,500 members of the public. 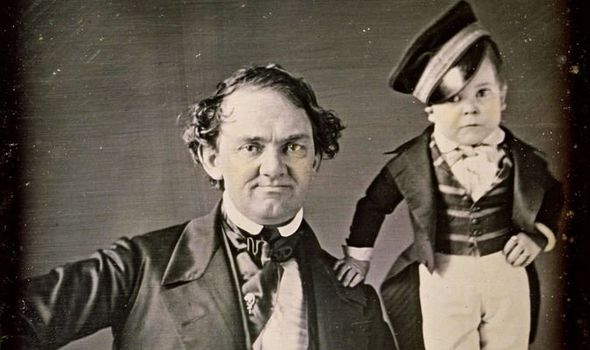 Macneal’s interest in the so-called “freak shows” of travelling hucksters like Barnum was sparked while browsing a book of vintage photographs. As she flicked through the pages, her attention was caught by an arresting black-and-white image of a young woman with a beard.

“She was staring straight at the camera,” recalls Macneal, who was instantly fascinated. “Who was this bearded woman? How did she come to pose for the photographer? What was her life like – and did she have any control over it?”

The caption said simply that she was aged 23, and gave no further information. But the image so intrigued and unsettled the author that it instigated a research journey that was to result in Circus of Wonders.

“Previously, I hadn’t come across much about this side of Victorian culture. But once I began my research, I discovered that in Victorian times, the so-called ‘freak industry’ – which traded physical difference as a form of entertainment – was this absolutely booming commercial enterprise,” she explains.

Macneal was particularly disturbed to discover that Queen Victoria herself was among its biggest supporters, so much so that she was known as “the Freak Fancier”. 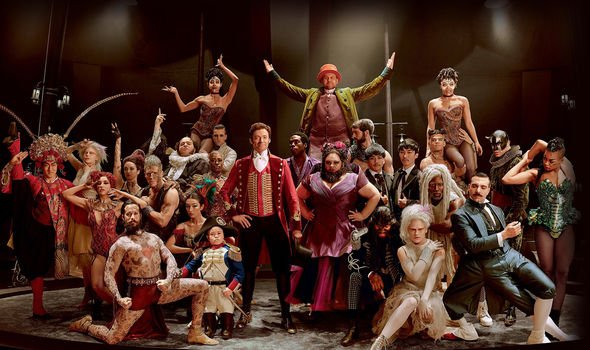 “Victoria was the industry’s biggest fan, entertaining all sorts of so-called ‘human wonders’ at Buckingham Palace,” she adds.

Because of the likes of PT Barnum, “we tend to associate it solely with America,” she explains.

“But it’s also this huge part of British history that has been eroded and forgotten.” In the 1860s, “Deformitomania”, as Punch magazine named it, swept the globe with Britain at the rotten core of sickening public prurience.

However, the fame of only a few medical “curiosities” endures to this day – the most notorious example being Joseph Merrick, dubbed “The Elephant Man” for his medical condition.

“Seeing that photograph of the bearded woman, and having all those questions, was the moment when I realised that I wanted to write about how that experience would have felt for someone going through it,” explains Macneal.

“Usually, in books and films, disabled people are viewed as figures of fun or of villainy – think of Hook or Mini-Me in Austin Powers.” 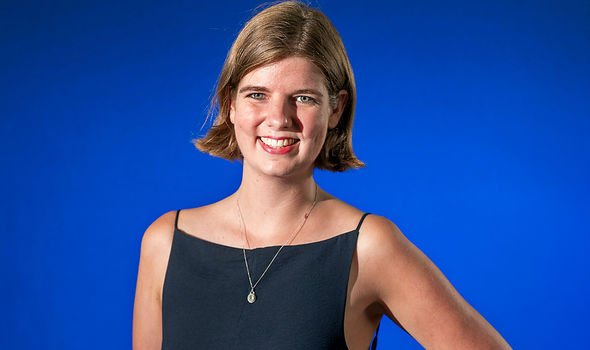 Her distaste led her to avoid watching The Greatest Showman until she had finished writing her novel. In fact, she didn’t see it until four weeks ago.

“I needed to watch it,” she now admits. “I’d read so much about it. But I knew enough, from the clips I had seen before I started writing, that it was a pretty gross mis-telling of history; a distorted view of a marginalised group.”

Watching the film confirmed her initial suspicions: “It glamourised an incredibly troubling part of the 19th century.

“Although being in a ‘freak show’ offered many people some economic freedom, it was also a hugely exploitative industry.”

Scottish-born Macneal, who lives in east London, is the eldest of four children. Her father is an architect, while her mother works with the homeless and instilled compassion for the vulnerable in all her children.

After attending Oxford University, Macneal gained a place on the prestigious MA Creative Writing course at the University of East Anglia with the opening chapters of what would become The Doll Factory.

Published in May 2019, the atmospheric period yarn, set in 1850s London, won the Caledonia Novel Award and was bought by Picador after a 14-way bidding war.

Rights have so far been sold to 30 territories; TV rights have also been snapped up.

In her new novel, she is once again looking at the darker side of Victoriana, increasingly concerned about the gloss that is applied liberally to the period.

Further disturbing inaccuracies in The Greatest Showman include the portrayal of Tom Thumb – a little person whose real name was Charles Stratton, and is shown to be an adult in the film. “In reality, he was sold to PT Barnum by his parents at the age of four,” she explains.

“In the film he is an adult at the time he chooses to join the show. This is a rewriting of history which downplays the power imbalance and exploitation.”

While 3ft 3in Stratton’s success was stratospheric – a Parisian restaurant changed its name to Le Tom Pouce, actors begged to be associated with him, and the nobility flocked to his exhibition rooms – for many others such a life was neither lucrative nor happy.

Stratton married another little person, Lavinia Warren, in a lavish ceremony witnessed by 10,000 people and reported in the New York Times. 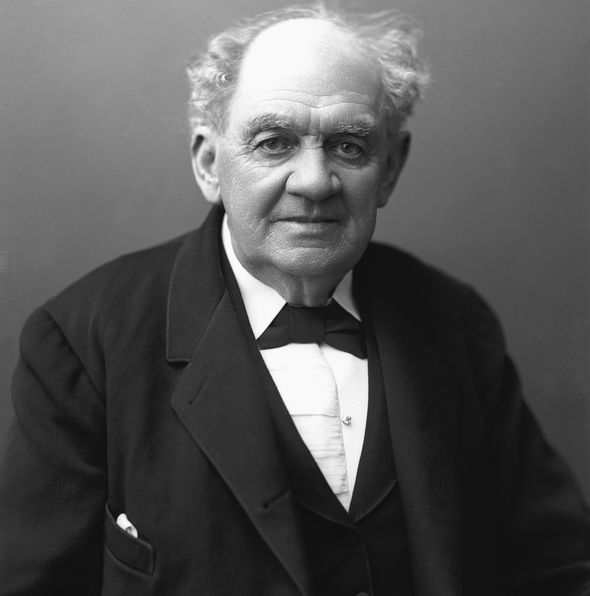 “They earned vast sums of money, owned several houses, a steam yacht and a stable of pedigree horses,” says Macneal.

But many others did not. One such was Charles Byrne. Towering over other performers, at somewhere between 6ft 7in and 8ft tall – accounts vary – he became a celebrity in London despite the fact his height was caused by a disorder, known today as acromegaly, that would have caused severe headaches and joint pain.

He was “constantly hounded by those who wanted to examine his body against his will,” says Macneal.

This led to depression and dependence on alcohol. But despite this, Byrne was determined that his body – if not his life – should remain his own.

“Aware that the surgeon and anatomist John Hunter wanted his body upon his death, Byrne made detailed arrangements to avoid this fate.”

This included the instruction he should be buried at sea in a lead coffin. However, Hunter bribed Byrne’s friends and obtained his body. Despite his wishes, Charles Byrne’s skeleton was displayed until 2017 in London’s Hunterian Museum.

Says Macneal: “There are ongoing debates as to whether his skeleton will be exhibited when the museum re-opens in 2021; many petitions have called for his body to be buried in line with his wishes.”

For her new novel, she was determined details about real people would be accurate, although her main characters are fictional.

“These were real people about whom so many outlandish stories had already been written, that the imagination of their private lives seemed like a trespass. However, echoes of their narratives can be found in historical accounts.”

The author turned Victorian-era novelist worked as a management consultant for six years while she saved the money to study creative writing. She has also found success as a potter – several of Macneal’s pots have been bought by the Museum of London. 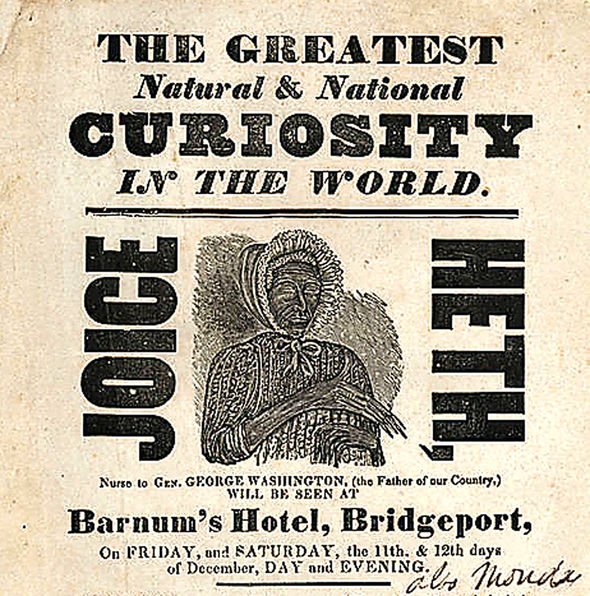 And, despite her relatively young age, she is already helping others to realise their ambitions to write. Two years ago she established The Bourne Scholarship – named after her maternal grandparents.

“I benefited from a scholarship during my time at UEA and it was the right thing to do to pay it forward. It offers someone with financial hardship the funds to study creative writing. BAME or Minority voices are preferred, as well as someone over the age of 27 who has come to writing with ‘something to share’.”

But that doesn’t mean it’s easy. “Pottery comes much more easily to me than writing,” she admits. “But when you are sitting at a desk really struggling, at least you can think to yourself, ‘I’ve made a mug, I can make another mug; I’ve written a novel, I can write another novel.’”

With such a tragic history to draw upon, Circus of Wonders seems to have been a novel just waiting to be written.