Home » Books » She Got Away With Murder, but Now the Past Is at Her Doorstep 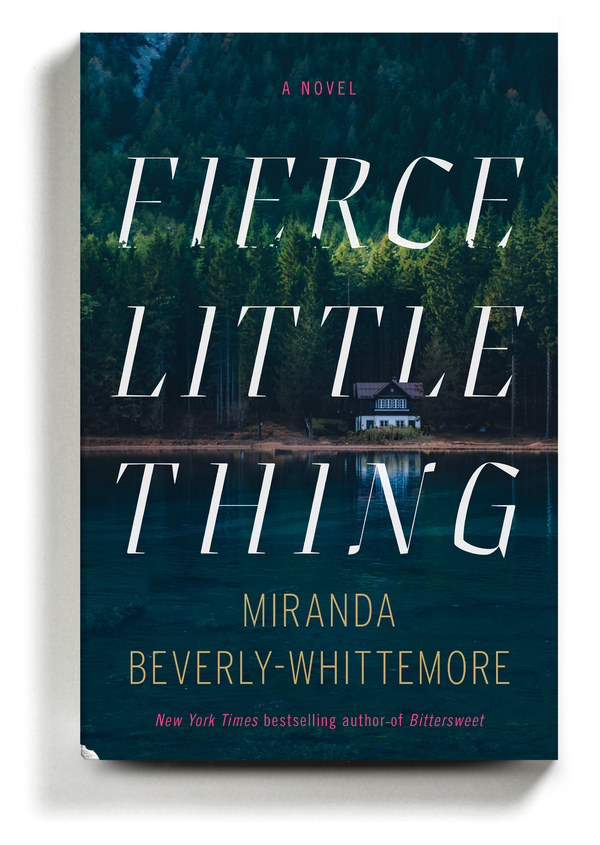 Saskia, the unhappy protagonist of Miranda Beverly-Whittemore’s “Fierce Little Thing,” is full of secrets — some her own, some other people’s, many very grave indeed. A shut-in for more than a decade at home in Connecticut, she is startled, as the book begins, by the unexpected arrival of a group of old friends.

They have some things to discuss. Can they coax her out of the house? Has she, too, been receiving weird, threatening notes in the mail? And has she forgotten what happened when they were teenagers all those years ago, living on a survivalist commune run by a charismatic maniac in rural Maine?

Well, no. “We killed someone,” Issy, one of the group, reminds her. “Five people planned and carried out a murder together, and no one thought to stop it. When we got away with it, we thought that was a good thing. But I think that’s the worst part of all. And now someone knows.”

Who is this ominous “someone”? And, for an even bigger question that won’t be answered until much later: Who was the murder victim?

Deaths — accidental, deliberate, shrouded in confusion — swirl through this intriguing and occasionally maddening novel, Beverly-Whittemore’s fifth. A murder mystery, a character study, an exploration of guilt and responsibility, an account of a utopian community gone awry: “Fierce Little Thing” takes on so much that at first it’s unclear what it wants to be. But the clues are there, scattered like bread crumbs, if you follow them carefully.

Tragedy has always stalked Saskia, starting with the death of her baby brother, Will, when she was a child. Her abusive father was convicted of the murder; her grief-stricken mother abandoned her; and she was left with her stern grandmother, who instructed her how to talk to the police and specialized in cryptic, horror-movie-style remarks.

“I don’t know what you mean,” Saskia says early on, after the grandmother makes a veiled comment about how “we are who we are.”

“My dear, you know exactly what I mean,” the grandmother responds, blinking at Saskia “with her small, patrician eyes,” Beverly-Whittemore writes.

Protected from the news media after her brother dies, Saskia is palmed off on family friends — Jane and Philip and their son, Xavier. They are bohemians, meaning that they live in a loft in Manhattan and Philip is a moody artist with a beard. After Jane leaves him, Philip bundles the kids into the car and drives up to a place called Home, a commune deep in the Maine woods. Maybe Saskia is the girl in the violent prophecy that Abraham, the magnetic pseudo-mystic who runs the place, keeps alluding to?

Dazzling and unsettling the residents with his arbitrary rules and pronouncements about how the world works, Abraham speaks in portentous aphorisms and exhibits a growing paranoia. The inhabitants need to prepare themselves, he says, for the inevitable moment when the authorities attempt to seize the property (he’s let the mortgage payments lapse). His philosophy, such as it is, is centered on the notion of “unthinging” — freeing oneself of material possessions, extraneous emotions and the trappings of the “thinged world.” But what constitutes a “thing” seems to be entirely up to him.

There is a lot to sort through. In dozens of alternating chapters, some less than a page long, Beverly-Whittemore unfurls the past and the present in parallel narrative lines, starting from Will’s death in one timeline and from the much later knock on Saskia’s door in the other.

This device can work in the story’s favor, with one chapter complementing the next, or it can attenuate the tension with extraneous logistical details. The journey Home, when Saskia and her friends return to the now-disbanded commune, is far less interesting than what happens once they arrive.

There are so many lovely moments in the book, beautiful passages of writing that speak to Beverly-Whittemore’s empathy and lyrical powers of description. Gazing at Ben, the boy she loves on sight as a teenager, Sakia feels a thrill of connectivity. “His look of curiosity, and pleasure, surprised me,” she says. “A thread pulled so tautly between us that I knew if I could pluck it, it would make a beautiful sound.”

At Home, too, Saskia revels in the splendor and wonder of the natural world as taught to her by Marta, an older woman who lives nearby and has, we will come to learn, a crucial role to play in everyone’s lives. Haunted by the memory of her lost brother, Saskia sees shades of Will everywhere. She talks to him in an effort to work through her survivor’s guilt.

“To speak the language of this place was another way to get close to you,” she writes. “You were out there somewhere, wandering, waiting.”

The book can plod at times, especially in its descriptions of the not-always-interesting residents of Home (including the ridiculously named Butterfly, a late-arriving free spirit whose role is to introduce discord and sexual competition to the community). Saskia and her closest friends are vivid and compelling when young, but less so as adults, bogged down as they are by outside relationships that clutter up the plot.

Responsibility, guilt, hypocrisy, the sins of the past, the innocence or lack thereof of the young, the lies we tell one another and ourselves, the easiest way to make a murder look like an accident, whether character is destiny — the book raises all of these issues and more.

Mostly, though, it’s an examination of Saskia, weighed down and haunted as she is. She is a fascinating character, her strengths and flaws equally interesting. Her role as perpetual victim, forever reliving the horrors inflicted on her by others, might not be the whole story. As the book progresses, past begins to meet present. A series of revelations culminates in several startling confrontations and, yes, more death.

Whipsawed by this new information, and by an aftermath that softens what could have been a daringly bleak ending, we’re left unsure how to feel about what has happened. Do we finally understand who Saskia is, really? Does she understand herself?