THE HISTORY OF LIVING FOREVER
By Jake Wolff

When a brilliant science teacher arrives in Littlefield, Me., Conrad Aybinder finally finds his intellectual equal. Conrad, a 16-year-old “science genius,” has moved in with his aunt following his mother’s death and his father’s descent into alcoholism. Science is his reprieve, a field that offers “unexpectedness without disorder,” and the new teacher, Sammy Tampari, fires his passion. But the chemistry between them soon leads to something more. Conrad falls for Sammy, and their illicit relationship forms the heart of “The History of Living Forever,” Jake Wolff’s exuberant debut novel.

Looking back years later, Conrad dismisses the notion that he was victimized by his teacher. “To recognize the wrongness of a thing is not the same as to experience it as wrong,” he says. The affair with Sammy, both a sexual initiation and a scientific apprenticeship, genuinely feels “like a romance.” But when Sammy dies under mysterious circumstances, Conrad discovers the true nature of his lover’s extracurricular experiments and realizes he hardly knew him. Sammy was seeking the elixir of life, “the great panacea” pursued by centuries of alchemists. He was literally mercurial: brewing batches of quicksilver, cocaine and tribal medicines, drinking them down and then recording the results. “Almost died,” a typical journal entry reads. 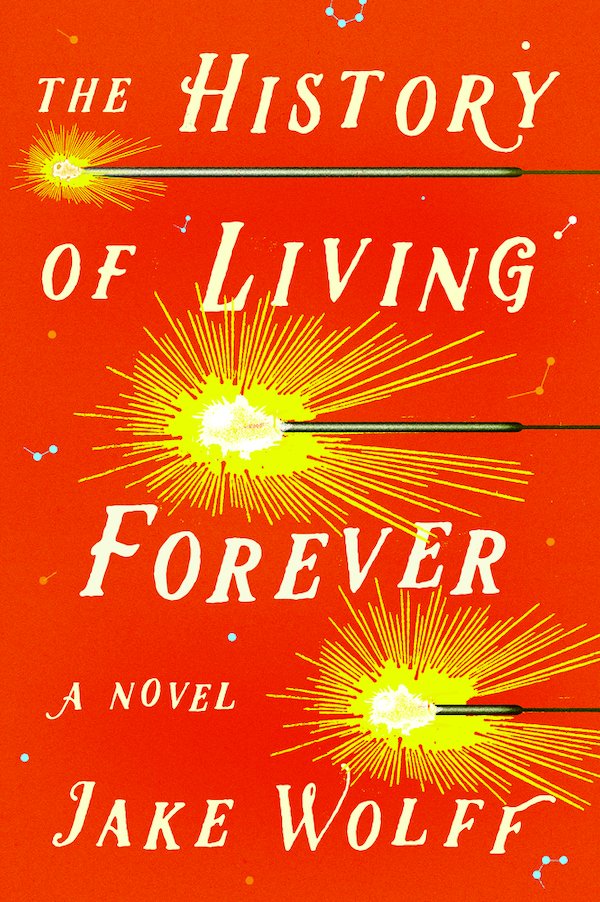 With the clues Sammy leaves behind, Conrad intends to complete his teacher’s research. If he can perfect the recipe, he just might save the life of his father, who is dying of liver failure. We know that Conrad grows up to be a science writer, and a strength of the novel is its ability to transmute scientific fact into arresting imagery. Conrad vividly imagines the process of his father’s dying, how “the darkness would start at his fingertips and spread inward, like a lake freezing in winter.”

But “The History of Living Forever” doesn’t proceed as a straightforward mystery. After Conrad finds Sammy’s journals, the events leading up to Sammy’s death come to dominate the novel. Wolff parks Conrad’s story and backtracks to Sammy’s childhood, when he was introduced to alchemy after a suicide attempt. The novel also includes vignettes of major figures from alchemical history, such as the Jin dynasty scholar Ge Hong and the Benedictine abbot Trithemius, among whom, we come to understand, Sammy and Conrad will take their places. Meanwhile, the book is narrated by the now 40-year-old Conrad, whose husband is battling a brain tumor.

Wolff is clearly having fun as he shuffles his narrative deck. Suddenly we’re with Sammy in Romania; then we’re with him in Tahiti. But the novel’s superabundance finally works against it. A central issue is Wolff’s insistence on overburdening his characters with trauma. Conrad’s father is dying; his mother has died; his high school teacher and lover has died; his best friend’s sister is dying; his husband is sick. Wolff, aiming to convey how unbearable the death of a loved one can be — and how seductive a fantasy of immortal life might be in consequence — wagers that any one of these agonies will secure his reader’s sympathy. But the indiscriminate piling on of do-or-die stakes serves to diffuse concern. There is something inhuman about characters who always operate at the maximum pitch of experience. At the same time, the novel’s quieter, more nuanced elements, such as Conrad’s grief at Sammy’s passing, go largely unexplored.

Yet while Wolff hasn’t struck quite the right balance in this first novel, it proves he’s already an author with a refreshing restlessness, who will try anything to entertain his readers. As the history of science shows, some experiments have value for their success; others for their failure.

Michael LaPointe has written for The Atlantic and The New Yorker, and is a columnist for The Paris Review. His first novel, “The Creep,” will be published in 2021.

9 New Books We Recommend This Week