From the very start of the prologue of “Troubled” — Kenneth R. Rosen’s examination of the so-called “tough-love industry” of wilderness camps and residential therapeutic programs for young people — there is no mystery about how the author feels about such places. Rosen writes that the parents who choose to send their offspring away “have their children vanished”; that sometimes they do so “through trickery or bribes”; and that these programs, in his view, are “a short-term solution with lasting (mostly negative) effects.”

Rosen does not come to this issue primarily as a journalist. He’s a former client, rousted from sleep as a teenager in the middle of the night in 2007 and forced away in what he now calls “a kidnapping.” It would not be his last: Rosen spent time in a secure residential treatment center in Utah, a therapeutic boarding school in Massachusetts and an outdoor therapy program in New York.

Nothing seemed to take. Juvenile detention followed, and then jail sentences, before he found even footing, starting a family and building a career as a reporter and author. In “Troubled,” Rosen argues that many of his difficulties spring back to that first moment when, as a teenager, his relatively quotidian substance abuse issues might have been addressed by less radical means. “As I was dragged away from my bed and shoved into a van, I felt my future vanish,” he writes. “It took me more than a decade to learn that my initial feelings about these programs were incorrect, that they did lasting damage to me and others like me.” 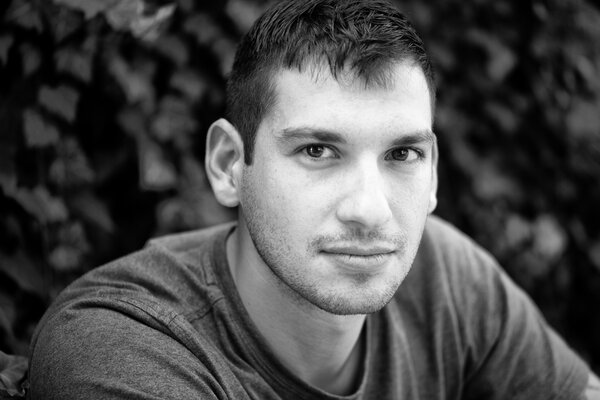 We are warned, then, that “Troubled” will be less a traditional work of investigative journalism and more a cri de coeur. As far as exposés go, the standard of proof is higher. The question going in isn’t going to just be, what did you find out? Instead, it will be, will you be fair?

Rosen takes impressive steps to mitigate his admitted biases. Rather than turn “Troubled” into a “Boy, Interrupted”-style memoir, he focuses on four other graduates of tough-love programs, using their stories as windows into three very different types of facility. Rosen says he approached dozens of former participants before finding people who were willing to open up, and he spent a number of years with each of them to understand them better. This alone turns “Troubled” into not just a work of extended empathy but a public service; these life stories, taken together, shine a light on an industry that has been able to thrive in darkness.

While none of Rosen’s subjects adore these programs, they are all strikingly evenhanded about their experiences. Quite unlike the author, they don’t see these programs as signaling a definitive break with their lives. They merely see them as one more moment when things got worse. Each of his subjects has an emotionally poignant story to tell, starting with Hazel, whose grandparents pull her out of a clearly dangerous life (her father, mother and older brother all regularly took drugs with her), only to send her away to Adirondack Leadership Expeditions, a wilderness program in upstate New York. The nicest thing Rosen can say about her grandparents is that they were “desperate for someone to make a decision where they could not.”

In the Adirondacks, Hazel is stripped of all possessions and forced to march and do senseless chores in all weather with no real equipment. In theory, the rigors of outdoor therapy are meant to be a stand-in for the suffering you have caused yourself and others. The problem is that there’s very little science to back this up, and what research does exist is often conducted in-house. “The instructors were not properly trained nor equipped in childcare, let alone empathized or understood child psychology,” Rosen writes. What they had was a manual called a “Growth Book” with a therapeutic script to follow. To get out, Hazel learned “she would need to play the game” — that is, speak the language of the manual.

As soon as she comes home, Hazel reverts to her former self, and her problems continue for years. This is also true of Rosen’s next subject, Avery, a child-abuse victim whose godmother promised her a shopping spree to get her in the car before dropping her at a wilderness program that preceded her time at Academy at Swift River, a residential therapeutic boarding school that is styled like a little prep school, but that Rosen characterizes as a brainwashing mill, where participants “are taught to give up their control over their lives — their appearance, their physical possessions — in order to be made whole.” Avery witnesses a suicide attempt (the girl is whisked away, her fate never revealed to the others), and a boy then accuses her of rule-breaking, before she finally learns to play the game — to snitch on other participants to prove her own progress. Avery leaves Swift River feeling optimistic, but that feeling doesn’t last. “If you’re sent away to a program,” another former participant tells Rosen, “then you label yourself in your head that, OK, I’m a troubled teen, and it’s kind of a self-fulfilling prophecy.”

Rosen’s final two subjects are brothers, Mike and Mark, whose drug- and violence-fueled teenage years bring them both to the Academy at Ivy Ridge, which closed in 2009 after allegations of false imprisonment, child abuse and gross negligence. Here, too, both brothers are supposed to be scared straight, though Rosen shows how Ivy Ridge “focused more heavily on instilling the idea that the clients themselves were the problem.” By now, we know what will happen. The brothers will muddle through, only to link back up with their old lives further scarred, “in a state of constant flux, like they cannot escape their adolescence.”

Reporting on these places is difficult. Most parents are not interested in talking with a reporter about sending off their kids to such programs — and the programs aren’t either. Springing up without any connection to established hospitals or institutions, the tough-love industry, we also learn, is phenomenally lucrative. (Rosen cites one company, Universal Health Services Inc., with a behavioral health division with revenues of $3.4 billion.) Some places are well intentioned but slapdash, while the worst have been driven out of business by prosecutors. (Swift River and Adirondack Leadership Expeditions were part of an entity controlled by Bain Capital, which shut them both down in 2013.) But Rosen reports that some 5,000 kids are still admitted into wilderness programs each year. According to him, even the industry’s recognized trade group, National Association of Therapeutic Schools and Programs, doesn’t articulate or enforce standards of care — it just offers what Rosen argues is a self-reinforcing “ineffective accreditation network.”

While he doesn’t make the comparison himself, it sometimes seems Rosen is arguing that these programs are almost like gay conversion therapy: a ludicrous, damaging response to something that might never have been a problem to begin with. This raises a question — what viable alternatives did their families have? Rosen isn’t entirely unsympathetic to them. When, more recently, he witnesses Mark in a fresh crisis, he writes: “I felt the anguish of my parents. I did not know what to do. I wanted to help, and that desire counted for nothing.”

Another question hovers over much of “Troubled”: Did the programs cause these kids’ problems or simply fail to address problems that existed already? Rosen argues that the trauma of scaring a kid straight ends up scarring them for life, making them feel like outsiders, like they’re broken. “It distances them more from the world they’re meant to join,” he writes.

You could say that the author himself is living proof that these programs sometimes do work. He would not agree. After all this time, he continues to live his life on a knife’s edge.

“Far as I can tell,” he writes, “I never really shed that troubled past. I disrespect authority figures. I make risky financial decisions. I test the limits of my family’s patience. My love of risk still sends me places others would prefer not to go. And I still smile when others ask about it all.”