Home » Books » Saved by the kindness of British strangers

Saved by the kindness of British strangers: Man whose family fled the Taliban, reveals the terror of being a refugee in a gripping memoir

THE BOY WITH TWO HEARTS

In 2001, when Hamed Amiri was ten years old, his mother made a speech declaring that women ‘have the same rights as men’. In Taliban-ruled Herat, Afghanistan, this was a radical statement, and a dangerous one: that night, the Mullah called for her execution.

The Amiris — Hamed, his two brothers and their parents — had to flee the country in search of ‘a better life’.

Hamed’s idea of a better life was simply ‘somewhere with no AK47s’. But his parents had one particular destination in mind, the one country where the eldest brother Hussein, who had a rare heart condition, could receive the life-saving treatment he so desperately needed: the UK. For them, it was life or death. 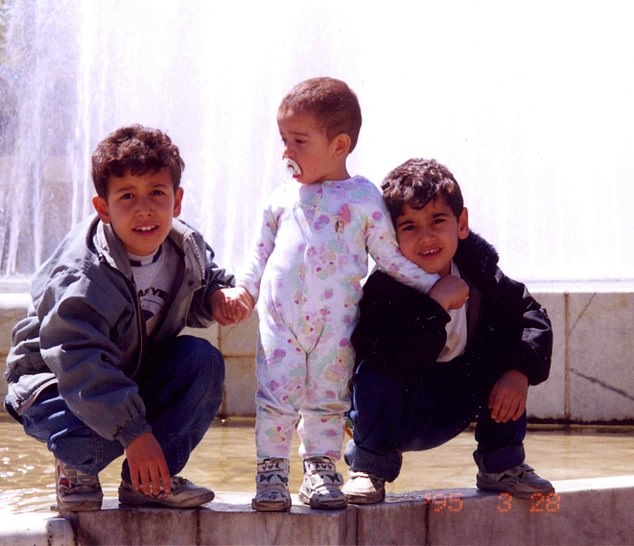 Hamed Amiri reflects on his family’s journey from Herat, Afghanistan to the UK in a gripping memoir. Pictured: Brothers (l to r): Hussein, Hessam and Hamed

This enthralling memoir describes their journey here. It’s a terrifying insight into what it’s like to be a refugee travelling without documentation, knowing that at any moment you could be discovered and sent back.

The family had to rely on handlers, who ‘only spoke one language: money’. The father would haggle over ‘group discounts and per person rates’ as if he were booking an all-inclusive holiday. Once they were robbed of all their money at gunpoint; all five of them worked 15-hour shifts at a pizza place to earn it back.

They travelled across Europe, hidden in car boots, lorries and shipping crates, unsure when they were next going to eat or have a toilet break.

At times, they didn’t even know which country they were in, only realising they had arrived in the UK because cars were driving on the ‘wrong side’ of the road. Hamed’s recollections provide fascinating insight into the handlers’ ‘tricks of the trade’. They would flag down lorries, asking for papers, while another trafficker would hold a ladder up against the back of the vehicle.

Refugees would then scramble up the ladder armed with knives, slash a hole in the roof and jump in. In shipping containers they held their breath at checkpoints, as the security guards had machines which measured the carbon dioxide levels.

The Amiri family arrived in the UK in a shipping crate from Calais, knowing only a few words of English — the most important was ‘refugee’. Transferred to a compound in Cardiff, they were overwhelmed by the kindness of the volunteers. After depending on greedy traffickers for so long, they were stunned that ‘so many people wanted to help us for free’. 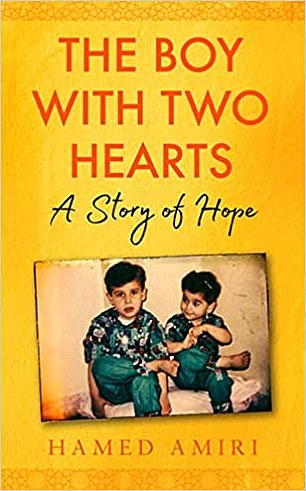 Hussein’s heart was weakened by the year-long journey, however: he was experiencing arrhythmia —abnormalities in his heart rate — more frequently.

At 20, he desperately needed heart surgery and Dr Haw at Southampton Hospital was the only surgeon in the world who could perform the necessary procedure. The operation, which lasted 14 hours, 32 minutes, was a success.

After this, Hussein and Hamed thrived in the UK, both graduating from the University of South Wales. Hussein set up his own successful IT consultancy firm and Hamed became an application analyst. Hussein was so popular with staff at one hospital where he had been treated that he was appointed as a governor. He wanted to make people feel at home there.

But after all the near-misses, you fear their luck is about to run out and eventually, sadly, it does. A few years after the operation, Hussein died of heart failure, the doctors unable to save him this time.

This book is a love letter to the NHS, whose staff renewed Hamed’s faith in humanity. The family ‘couldn’t believe the level of care we were shown, given that we weren’t from the UK’.

But most importantly, it’s a love letter to his big brother — ‘the funniest, the smartest, the most alive’. Hussein was the boy with two hearts, his physical one breaking while his metaphorical one grew bigger every day.

Now a motivational speaker in the education sector, Hamed is ‘proud to call the UK home’. But he also knows ‘that home isn’t where you live, it’s the people you’re with. And you can take them anywhere’.

The Literary Battle of the Sexes, 1907-Style