Real-life rollicking reads: From high minds to low gossip — ROGER ALTON picks the best titles to be seen with on holiday 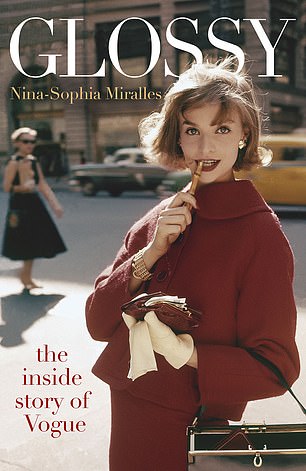 Glossy: The Inside Story Of Vogue by Nina-Sophia Miralles (Quercus £20, 352 pp)

Glossy: The Inside Story Of Vogue

Dame Anna Wintour might be one of the best-known and most successful journalists on the planet. But it wasn’t always like that.

When she started out on Vogue she was often so miserable she had to phone her husband for help. This is just one of countless fascinating titbits in this zippy story of dizzying fortune, out-of-this-world fashion, ingenuity, passion, sex and power.

And, this being fashion, some intense bitchiness too. Started as a gossip magazine for snobbish New Yorkers in 1892, Vogue is now one of the most recognisable brands in the world. Spanning London, New York and Paris, this is a high-speed, fun read full of fascinating though not always likeable people. 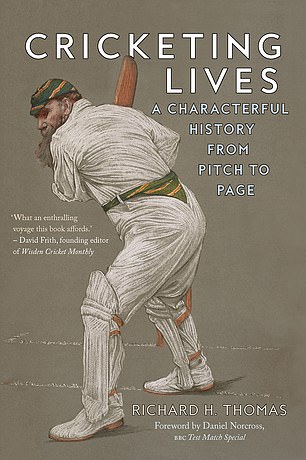 In the unlikely event that you won’t find any cricket to watch over the summer, this joyous book should fill the gap. Thomas, a journalism lecturer, concentrates on the game’s rich tapestry of people and anecdotes.

For some, as an Australian writer observed, cricket, unless taught at birth, ‘like living in igloos, skateboarding and eating tripe, remains as incomprehensible as nuclear physics’.

For the rest of us, this book is a chance to feast not just on the heroics of Stokes and ‘Beefy’ Botham, but the early days of cricket — Oliver Cromwell who liked it initially but later tried to ban it, Frederick, Prince of Wales, who died in 1751 after being hit by a ball (‘a rare case of play stopped reign’, it was said), W. G. Grace and his eye for his wallet, the playboys and profligates, boozers and buccaneers between the wars, the brutality of Bodyline . . . you name it, it’s all here. Terrific. 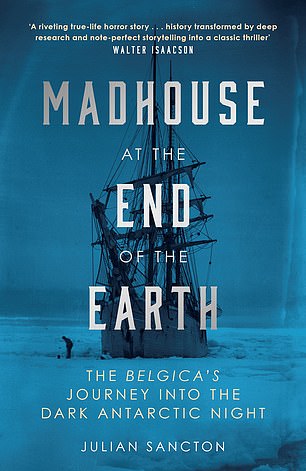 Madhouse At The End Of The Earth by Julian Sancton

Madhouse At The End Of The Earth

You might need a couple of extra jumpers for this one, an enthralling, beautifully written epic of courage and endurance. The Belgian expedition to the Antarctic in 1897 is bizarrely little known, although today NASA uses the story of the Belgica to train astronauts in survival, believing it’s the closest men have ever come to the extreme isolation and danger they will face on Mars.

This tiny ship’s band of resolute and colourful adventurers were the first to face the brutal Antarctic winter: when the Belgica became ensnared in ice, winds howled, temperatures plummeted and perpetual darkness fell.

This is an epic of exploration, a brilliantly vivid piece of writing told by a natural storyteller. And by the end you won’t look at penguins the same way again.

If you’ve come to a certain point in your life where you realise something is missing, then this dazzling, life-affirming book is for you.

Lucy was a celebrated columnist and frequent broadcaster when, at 57, — and to all appearances happy and successful — she decided she wanted something else.

With four grown-up children she gave up her job, her marriage and a six-figure salary to retrain as a maths teacher in a tough inner-city comprehensive. Oh, and on the way she co-founded the educational charity Now Teach for those wishing to change career.

And many did. This wonderful, funny book is a celebration of the power of education, as well as the ability of any of us to transform our lives and start out again.

It also proves that if you’re well-off, well-educated, well-connected and middle class you can do more or less anything you set your mind to. 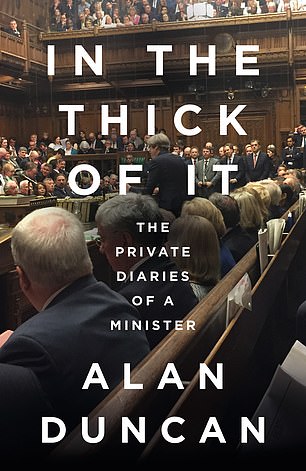 In The Thick of It: The Private Diaries Of A Minister by Alan Duncan

In The Thick of It: The Private Diaries Of A Minister

Alan Duncan was a journeyman MP for nearly three decades and a long-serving junior minister in the Foreign Office.

Here all the bile, vitriol and resentment clearly stored up over those years as just a political bit-player spews forth. And gosh, does Duncan let rip: Michael Gove is a ‘wholesale weirdo’, Gavin Williamson ‘venomous’ and ‘self-serving’, Priti Patel ‘horrendous’ and ‘morally corrupt’, Brexiteer Steve Baker a ‘messianic nutjob’, Theresa May ‘utterly tone deaf . . . a cardboard cut-out’, Boris Johnson ‘ill disciplined, shameless, shambolic . . .’ and the Cabinet is the ‘most unimpressive imaginable . . . a crowd of zombies’.

Full of ‘thwarted ambition and sure of his own abilities’, he can only reflect that, in today’s world, ‘age and experience count for little . . . it is nothing to do with talent or fairness . . . it’s 90 per cent luck’.

Outrageously cutting, frustrated and bitter, Duncan is never dull. Though you wouldn’t want to be stranded on a desert island with him. 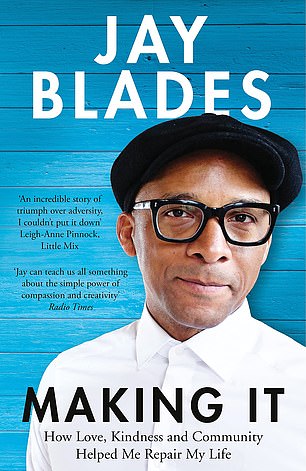 Making It by Jay Blades

The star of one of TV’s most unlikely hits, The Repair Shop, opens up in this autobiography about his troubled youth, his experiences of racism and how he turned his life around — just as he breathes new life into treasured family mementoes in the hit show.

This is a warm, inspirational memoir that shows how anyone can put things right, even when all seems hopeless.

It is a story of poverty, love and redemption, through a bitter divorce, a crippling nervous breakdown and a fractured family, told with unvarnished honesty that will restore your faith in humanity. 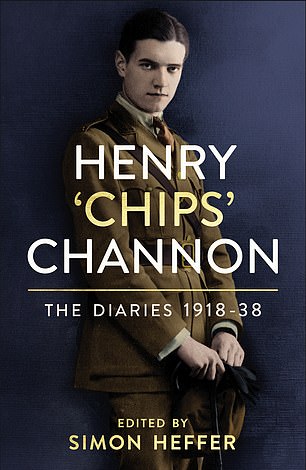 When they were first published in 1967, the diaries of Chips Channon, a politically unremarkable backbench Tory MP from 1935-58, scandalised the nation. Channon, American-born, was an epic social climber who went everywhere and knew everyone.

His observations were arch, elegant and gossipy, skewering the titans of high society.

They were a pretty appalling bunch and Channon’s jaw-dropping account, lovingly curated by the historian and former Mail writer Simon Heffer, is compelling.

As an added bonus, it is such a vast book you can build up your muscles for the beach as you lug it down to the sun-lounger. 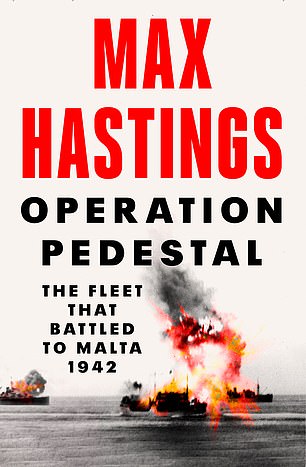 One of the most dramatic forgotten episodes of World War II is vividly brought to life for the first time in this latest brilliant history from the incomparable Max Hastings.

In August 1942 beleaguered Malta, one of the jewels of Britain’s empire and symbol of the Royal Navy’s dominance of the Eastern Med, was within weeks of surrender to the Axis powers because its 300,000 inhabitants could not be fed. Churchill decided that the island fortress must be saved, not just for military reasons but for national prestige.

The navy’s biggest fleet was commissioned to escort the merchant vessels across a thousand miles of sea, which was defended by 600 German and Italian aircraft together with packs of U-boats and torpedo craft. This magnificent account is a worthy tribute to an epic adventure. 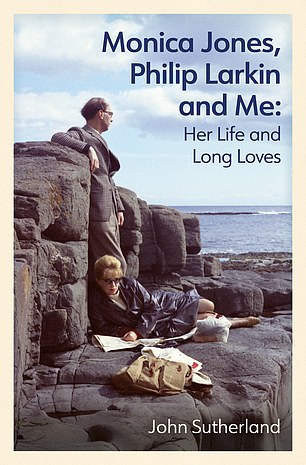 Monica Jones, Philip Larkin And Me by John Sutherland

Monica Jones, Philip Larkin And Me

You’ll know Philip Larkin, one of the greatest poets in the English language, but you probably won’t know about Monica Jones. She was Larkin’s partner for more than four decades and the most important woman in his life.

He treated her appallingly most of the time, but she was devoted. Attractive and vividly dressed, she loved boxing, boozing and Test cricket. She was also a brilliant academic and a superb lecturer, who taught Sutherland, himself now one of the pre-eminent scholars in Britain. He calls on his memories of her and the often highly erotically charged letters Jones sent Larkin.

Part biography and part memoir, this book rescues Jones from being just a poet’s plus one. Beautifully written, you can almost taste the beery, tweedy, smoke-filled atmosphere of university life in the 1950s and 1960s. It’s a gripping love story too.

9 Greek mythology books to escape with on a dreary weekend