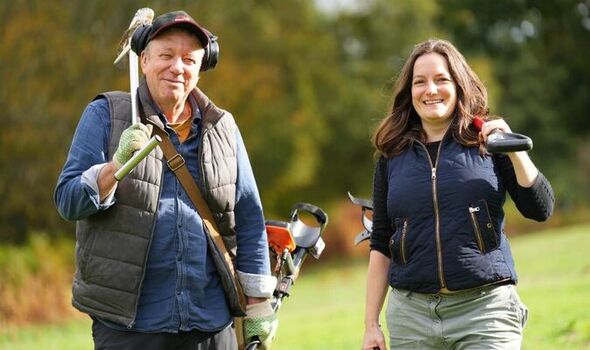 “I’m a natural,” I think, with unbearable smugness. “A bona fide detectorist!” I peer at the ground in anticipation as my companion, metal detecting guru Andy Sampson, cuts a square hole with a sturdy spade and pulls out a disc the size of a penny coin.Wiping mud from its surface, he asks: “Do you know what this is?” “A gold coin, a bronze brooch…even a jewel, perhaps?” Nope. It’s a shotgun cap. “Oh.”

I’ve just experienced what might be described as pride before a hole – something my fellow detectorist Nigel Richardson understands all too well if his wry smile is anything to go by.

The travel writer became hooked on “happy bleeps”, as he describes metal detecting, during the pandemic when he found himself stuck on home soil.

Now having written an entertaining book, The Accidental Detectorist, he’s promised to show me the hobby’s addictive quality and bucolic charms.

“I realised metal detecting was another way of travelling,” he explains. “It’s effectively time travel. When you find the objects, you are transported back to the time they came from and the people that have last touched them.”

Today, his friend Andy has gained permission for us to comb rolling farmland close to the Anglo-Saxon town of Framlingham, Suffolk. Britain’s most easterly county is second only to

Norfolk as a repository for discovered treasure, with a staggering 581 finds officially recorded here between 2012 and 2019.

Handily, Framlingham is also the setting for the cult BBC comedy series Detectorists, starring Mackenzie Crook and Toby Jones as Andy and Lance.

The charming series about a small-town metal-detecting club has won legions of fans for its gentle humour. Written and directed by Crook – best known as gormless Gareth from The Office – it ran on BBC 4 from 2014 to 2017. And it’s due to return for a Christmas special this year after a five-year break.

In the meantime, it’s given us an excuse to recreate a pose from Andy and Lance’s famous lunch tree, one of dozens of gnarled oaks standing in the Framlington fields.

Nigel, 64, a kind and thoughtful man, especially loves Crook’s witty dialogue. “It was one of my inspirations for writing my book,” he says. “I thought it captured something about the English character – the gentle humour and the landscape.”

Andy, who is jovial with sandy hair and a ruddy complexion, has been exploring these sites since 2014. His biggest find was a 3,000-year-old Bronze Age axe head on a Welsh farm, but he hit the headlines in 2018 when he and his friend unearthed a hoard of 54 “gold” coins that turned out to be props from the Detectorists.

“I’m still in therapy about that,” he smiles. We’re about to head for what he calls “the field of Roman dreams”, so I slip the headphones back on for another go.

Andy demonstrates low, sweeping swings that shift to smaller circular motions when the beeps turn urgent. Numbers flash on the screen and fluctuate wildly when metal is detected.

“It could be tinfoil or gold, which is the fun of it,” he explains.

Buttons are common as are nails, coins, ring-pulls, lumps of iron and “shotties”, the aforementioned shotgun carriages. Worthless items are dismissed as “hedge fodder”.

Most metal-detecting newbies want to find a “hammered” – a hand-made coin produced up until the 17th century by hitting a blank metal disc wedged between two dies.

“I kept meeting people who had started after me but were finding them and I was getting really cheesed off with it,” says Nigel. There is no doubt metal detecting can be competitive.

“Every new field is hope, every old one is reality,” Nigel says.

“You learn a lot about yourself. At first I was quite childish, stamping my foot and being jealous at what other people found. It helped me grow up in a way.”

After six months, he finally found an Elizabeth I silver half-groat, explaining: “It was no big deal to most detectorists but it was important to me.”

Indeed, many detectorists insist the thrill of a find isn’t about its monetary value.

“It’s a moment when you touch this object that hasn’t seen the light of day for hundreds of years, thousands in some cases, and it’s a dopamine rush,” Nigel continues.

“It is extraordinary. It puts you in touch with the time it came from and the person it belonged to – whether that’s a coin in someone’s pocket or a brooch on someone’s tunic. These objects tell stories and encourage you to spin ones of your own.”

I’m keen to know what is the ultimate find. “The holy grail of metal detecting is the Holy Grail,” Nigel and Andy sing in unison, spades slung over their shoulders, as they stride to the next field.

It’s been recently ploughed, leaving wheat stalks and loose soil. A flock of birds passes overhead as the sun comes out. Only the whistling wind interrupts the peace.

A thicket of tall trees stands at the hill’s crest to our right where Andy reckons a Roman settlement once stood. He points back into the distance from where we just came to where he believes an ancient cemetery lies.

He found a girdle hanger there – an iron pendant symbolising a house key traditionally buried with women in Anglo-Saxon times – and thinks the settlement would have faced it. My instinct is to furrow the land in straight lines like a tractor but Nigel and Andy encourage the “squiggly line” approach. The secret is intuition, they say.

I watch them head off in opposite directions and observe their process. Andy frequently stops to dig a hole, squatting low to use a pinpointer, a wand-shaped mini-metal detector.

An ex-policeman, he’s known friends with depression and PTSD who benefit from the hobby. “It’s calming and you are on your own,” he explains.

Nigel adds: “It’s a gregarious hobby – you’re with people at the start and end of the day, and on the field – but it’s also solitary. And being in nature is healthy and therapeutic.”

Detectorists are encouraged to record finds of historical or cultural value with the British Museum and the Portable Antiquities Scheme, a database recording 1.6 million objects for posterity. Finds classed as “treasure” must be reported to local coroners within 14 days.

Nigel’s first encounter with a detectorist came a decade ago near his 500-year-old cottage in Hampshire. “He had to be one of those boring fools who tramp across fields in headphones and gumboots, looking for something they never find,” he writes. Today he reflects: “I felt rather superior to him. I thought he was a bit of a nerd.”

But during the first lockdown, when he took longer walks, he started to wonder who had trodden those same paths in earlier ages. His curiosity morphed into obsession after a trip to Kent with detectorist Kris Rogers, who once found a hoard of Bronze Age axe heads now in the British Museum.

The pair unearthed a Tudor buckle made from copper alloy and camouflaged by a layer of green patina. “No one had touched this for 500 years,” Nigel recalls. Andy rejoins us to press another nugget of history into my hand, a Roman coin fragment made from bronze copper alloy. There is a profile of a face on the back and the tiny figures of Romulus and Remus under a she-wolf on the front.

By the time we’ve moved onto our last field, Nigel has unearthed what could be a dog tag belonging to a Second World War US serviceman. He can just make out “ALIF” – for “CALIFORNIA” perhaps – and the letters “3182”.

He keeps his finds in Tupperware boxes in his office. Each object is placed in a small sealable plastic bag, labelled in black marker pen. “Do you show them off,” I ask? “Yeah, I bore people.” “No, you educate them,” Andy adds.

Before we finish up for the day, I ask about so-called nighthawks, illegal detectorists who ransack fields without permission, often during the hours of darkness, and sell their hauls to the highest bidder.

Earlier this week, a rogue metal detectorist jailed for stealing a Viking hoard worth up to £5.2million told a court he gambled away money he made from the treasure. Warehouseman George Powell, 40, failed to declare the rare coins and jewellery that had been buried for more than 1,100 years.

“No one knows how many of them are out there,” says Nigel. But a Historic England report found nearly a fifth of farms had been hit by nighthawking.

Andy is more open-minded. “Part of the problem with nighthawkers is that archaeologists look down their nose at metal detectors,” he says. He knows detectorists who believe they have been shortchanged on declared finds, leaving them missing out by hundreds, sometimes thousands of pounds.

The sun is descending in the sky so we reluctantly call it a day.

I can tell the two men are a little disappointed we haven’t found something bigger. It’s hard to tear them away. “Just one last signal?” they ask. And, in honesty, that’s quite all right with me.

From Brian Wilson to Nancy Sinatra: The L.A. Music Scene in the ’60s