Home » Books » Rachel Cusk’s Essays, as Sharp and Glittering as Her Fiction

We’re monsters inside our cars. In “Driving as Metaphor,” one of the essays in “Coventry,” her sharp new miscellany, the English writer Rachel Cusk expresses mild surprise that we don’t yet have airbags outside our Vauxhall Corsas and Jeep Grand Cherokees. “The car is a more or less invincible aggressor,” she writes. “Nothing soft and living stands a chance against it.”

Behind the wheel, Cusk is in contact with the malignant spirit inside herself. “Once inside a car it becomes permissible to comment on those outside it, to remark on their appearance or demeanor, with a brazenness absent from most social situations.” She adds: “Perhaps the soldiers of the past, in their suits of armor, felt similarly disinhibited and more capable of violence.”

In the time of Brexit and MAGA, brazenness is on Cusk’s mind. In an essay titled “On Rudeness,” she distinguishes between discourtesy and truth telling. “Society organizes itself very efficiently to punish, silence or disown truth tellers,” she writes. “Rudeness, on the other hand, is often welcomed in the manner of a false god.”

Cusk senses an “intellectual unbuttoning” in this embrace of bad manners, and she follows a certain apocalyptic awareness into the deep end. “A friend of mine says this is the beginning of the end of the global order: He says that in a couple of decades’ time we’ll be eating rats and tulip bulbs, as people have done before in times of social collapse.”

She adds, in a sentence that imprints itself on one’s mind like a nighttime flare: “I consider the role that good manners might play in the sphere of rat-eating, and it seems to me an important one.”

“Coventry” is Cusk’s first collection of essays. It also contains some book reviews and introductions, but her heart does not seem in them. She mediates between her mind and the external world with a precision and agility that mostly goes missing when she mediates between texts.

The essays in “Coventry” first appeared in The New York Times Magazine, The Guardian, Granta and other places. They’re first-rate, marked by candor and seriousness, and they’re familiar. Cusk’s abiding themes — her obligations as mother, daughter, citizen, artist and breadwinner — are much the same as those that fill the soliloquies in her coolly glittering Outline trilogy. 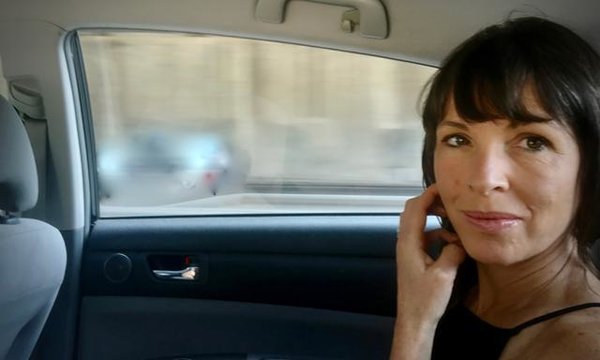 Her writing about parenting is discerning and granular. In an essay titled “Lions on Leashes,” she describes raising two teenage daughters after a divorce. “Until adolescence, parents by and large control the family story,” she writes. “But it is perhaps unwise to treasure this story too closely or believe in it too much, for at some point the growing child will pick it up and turn it over in his hands like some dispassionate reviewer composing a coldhearted analysis of an overhyped novel.”

Cusk writes with ambivalence about motherhood. But quite often she seems like a mother a child would be lucky to have. “The traditional complaint about teenagers — that they treat the place like a hotel — has no purchase on me,” she writes. “In fact, I quite like the idea. A hotel is a place where you can come and go autonomously and with dignity; a place where you will not be subjected to criticism, blame or guilt; a place where you can drop your towel on the floor without fear of reprisal, but where, hopefully, over time, you become aware of the person whose job it is to pick it up and instead leave it folded neatly on a chair.”

Cusk’s essays are subtle; they do not announce their intentions through a megaphone. She feels her way into her topics and she will not be hurried. You read her for her riddling questions, not whatever answers might pop out at the end. She is often ambivalent, but never neutral in the self-protective modern manner. She is a poet of split feelings. Her inquisitive intelligence is the rebar that, inside the concrete, holds the edifice upright.

The title essay in “Coventry” may be its finest. It begins this way: “Every so often, for offenses actual or hypothetical, my mother and father stop speaking to me. There’s a funny phrase for this phenomenon in England: it’s called being sent to Coventry.”

The thing about sending someone to Coventry, Cusk notes, is that “it’s not a game for those who require instant satisfaction. If you don’t live with your victim or see them every day, it might be a while before they even notice they’ve been sent there. All the same, there’s no mistaking this for anything less deliberate than punishment. It is the attempt to recover power through withdrawal, rather as the powerless child indignantly imagines his own death as a punishment to others. Then they’ll be sorry! It’s a gamble, with oneself as the stakes.”

Like you, perhaps, I’ve been on both sides of the silent treatment. It’s always a strange thing to have on your table, the equivalent of cold dry British toast in a metal rack. Cusk is pitiless about her parents, and anyone else, who thinks this is a power move.

“They appear to be wielding power, but I’ve come to understand that their silence is the opposite of power,” she writes. “It is in fact failure, their failure to control the story, their failure to control me. It is a failure so profound that all they have left to throw at it is the value of their own selves, like desperate people taking the last of their possessions to the pawnshop.”

I have quoted Cusk a great deal in this review. There are more of her words here than mine. Perhaps I am not earning my keep as a critic. But sometimes you just need to get out of the way.

The untold story of Audrey Hepburn: Hollywood actress whose parents flirted with Hitler