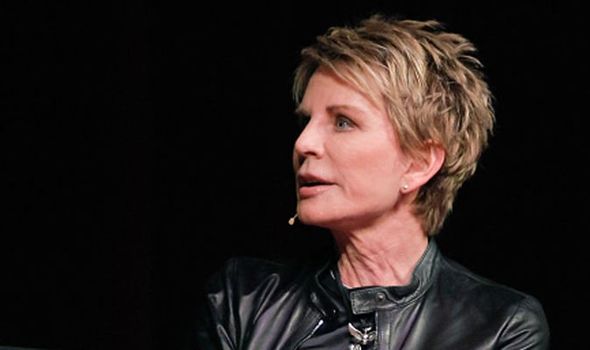 Then she reveals the tread pattern underneath and admits her distinctive tracks would be all too easy to trace from a crime scene. There, in a nutshell, are Cornwell’s two preoccupations. Having popularised forensics and crime scene investigation with her multi-million selling Kay Scarpetta series starting in 1990, she has now turned to the heavens for inspiration. Her new book, Quantum, features Nasa special investigator Captain Calli Chase – a pilot, scientist and cybercrime expert – as she probes a suspicious suicide against the backdrop of a government shutdown, hacking and sabotage at the US space agency in a typically gripping seat-of-your-pants plot.

All in all, it’s an exciting time to be Patricia Cornwell. Which makes it surprising to hear she had almost given up writing novels after her 24th Scarpetta book, Chaos, was published three years ago. Actually, the reason we’re talking today is almost entirely down to James Bond.

“I really thought I’d quit books, I’d had enough of it,” she sighs. “I’d written about 40 in my life and as a writer they were always hanging over my head.

“But the idea for Quantum came to me when I was right here in London three years ago, meeting producers to talk about film and TV ideas. Someone said to me, ‘There’s talk about creating a female James Bond, is it something you would have been interested in?’ And I thought, ‘I’m interested in it now!'”

So Cornwell, a fit 63-year-old who looks at least two decades younger, set about creating – in her own words – a “modern character who has no limits”.

“I thought about who the modern spy would be,” she says. “It’s going to be someone who’s an astronaut, a militarised, space-travelling, cyber-investigative kind of person. And I wanted to explore Nasa technologies and quantum physics and cyber-warfare.

“In the early days of sending people to the Moon they weren’t scientists, they were fighter pilots. Well these days you can be an astronaut and a scientist.”

Not only is the set-up groundbreaking – a new series of books featuring the world’s first space detective – but Cornwell’s publisher is Amazon, making her the first major-league fiction author to sign up with the controversial global giant. 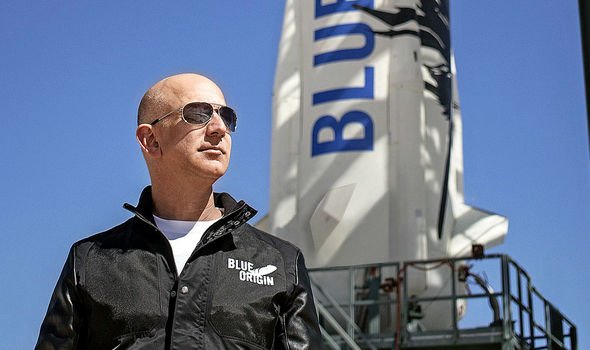 Talking on a humid day at London’s Savoy Hotel, with The Strand outside carless thanks to Extinction Rebellion protesters, and police helicopters buzzing overhead, there is a vague sense of paranoia in the air that reflects Quantum perfectly.

“Unlike the crime novels I did before, this is not about knowing who’s doing it,” she explains. It’s more, how do you stop them? “This is not a serial killer who crawls through your window, this is your bio-tech mogul whose company is richer than some countries.

“When these people start owning everything in space, putting satellites up there, or if they’re sabotaging your rockets or spacecraft – or even the room where your Prime Minister is about to have a meeting – you’ve got a whole new enemy and it’s a really dangerous one. “I visited Scotland Yard a couple of years ago and saw their new building.

And one of the things that strikes you is how much everything there is about fighting cybercrime; preventing your government from being hacked or being hijacked.” She adds: “We have satellites and telescopes in space right now that can see you in your driveway walking to your car. You’re being seen from space.

In the end, Amazon’s Thomas & Mercer imprint scooped the rights to Quantum – helped in part, Cornwell quips, because her new boss, Jeff Bezos, “has his own rocket” through his Blue Origin space company.

“I like a publisher that has his own rockets, thank you,” she laughs. “People ask me why I switched. I love that this company’s going to space because that’s where I’m going too, at least in my book.”

Ah yes, the research. Cornwell is renowned for her journalistic approach to writing, so how does she intend to take herself into space on behalf of her readers as, she confides, Callie will in the sequel, Spin? “I’m like a Method actor. I always have to do something so I can write about it. Scuba-diving, flying, shooting, whatever it is, but not killing people – I did stop there!

“And I don’t do autopsies even though somebody once offered.That’s absolutely wrong.

I am going to take you into space in Spin and, the question is, how do I do that when I don’t get to go there myself soon, if ever? “That’s my role. It’s to show you things so you can see them for yourself. I have to go and see them first, whether it’s a stinky, awful crime scene, body in a morgue or being put in a harness and floating around in a zero-gravity simulation.”

In fact, during some two-and-a-half years of research for the new book, she’s gone as far as almost anyone, short of actually climbing aboard a live rocket. Cornwell is, however, due to take a flight in Nasa’s so-called “vomit comet”, an aircraft that flies a series of parabolic manoeuvres, diving steeply to cause weightlessness for up to 25 seconds, sometimes producing nausea, hence its nickname. 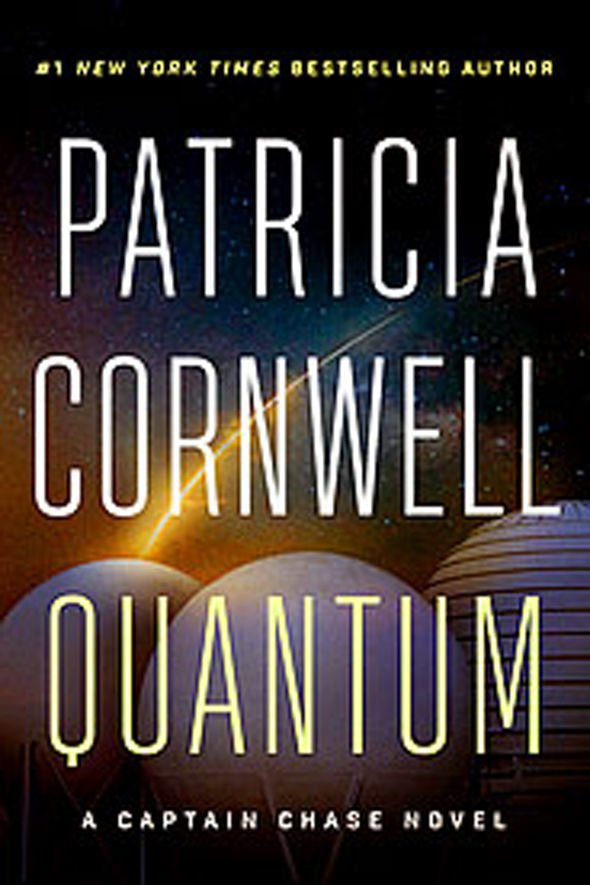 She will be accompanied by real-life retired astronaut Peggy Whitson, 59, who also acted as a consultant on the books. “She’s already put me into a space suit, doing whatever they’ll let me do. All these space agencies are very closed, their biggest concern is espionage, but I’ve done everything they’ve allowed me.

“I started out as a journalist, which is why I do all the research. I’m still a journalist but I take facts and then I turn them into fiction for my novels.

“I say this to people: just show up. You never know this world unless you get your butt out of a chair and actually go someplace.You may find a story there you never imagined.

Otherwise, you are depending on what somebody else decides you should see.”

So as a wealthy woman, having sold some 100 million books, would she take the plunge and pay to go into space as a commercial astronaut? She laughs: “I don’t have 50 or 60 million spare dollars lying around to go take a rocket to the International Space Station. I think it’s actually $70million a seat for a round-trip with the Russians.”

But would she be tempted? “Darn right I would. If they gave it to me free, I’d go, absolutely.”

As one of the rock-star authors of the Nineties, enjoying huge sales and massive celebrity, it must have been hard staying, shall we say, grounded? “I don’t know that I always did stay grounded back in those days, it seems so long ago,” she admits. “It was overwhelming and I really didn’t have anybody I could ask how to cope. 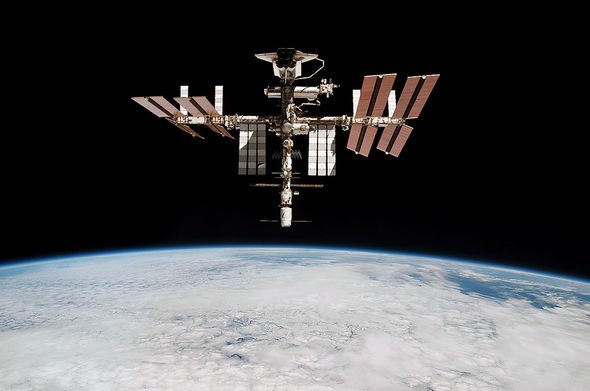 “I did call Tom Clancy once because I was worrying about people who got too enthusiastic. He said, ‘Well, if you’re as tall as I am and you’re an expert marksman, you don’t really worry about security.’ That didn’t help!

“The truth is my debut, Postmortem, in 1990, was my fifth attempt. It was rejected by every major publishing house. I thought, here we go again. The better part of a year went by, I wrote Body Of Evidence, then it barely got accepted.

“But two years later I was a millionaire, how could that be possible? “My coping skills today are very different.

I like the phase of life I’m in because I don’t have to do this. Quantum could set me up for failure if it doesn’t do as well as Scarpetta. Some people will say you should’ve quit when you were ahead.”

It’s a challenge she’s willing to accept. “I still work hard. People say why start a new series at this age? But what would I do in the morning? Be retired? I don’t know what that word is.”

In Weimar Germany, a Passion for van Gogh Leads to Deception